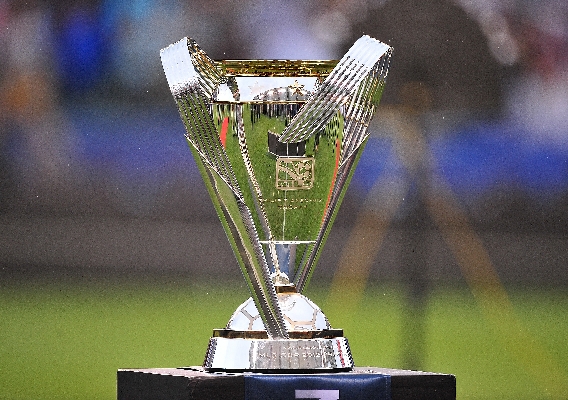 Finally. After three months of shutdown, MLS will be the next league to return to play following the COVID-19 shutdown. It will look different and ASN's Brian Sciaretta walks you through it with the league's plans as well as his thoughts.
BY Brian Sciaretta Posted
June 10, 2020
10:00 AM

IN WHAT WAS one of the worst kept secrets, MLS finally unveiled its plans to return to play with a tournament that will take place in Orlando, Florida at the Disney Wide World of Sports Complex.

The tournament is billed as the “MLS is Back Tournament” and MLS will have the advantage of being the first men’s professional league in the United States or Canada to return to action.

Similar to a World Cup format, teams will be drawn into groups of four teams. After each team plays three group stage games, the top two teams and the four best third place finishers will advance to the knockout stages. This will begin in the round of 16 and go through single-elimination until the final.

Games ending in draws will proceed directly to penalties and teams will follow the substitution rules being used in Europe where five changes are allowed but each team may only stop the game three times for substitutions.

Here are some of the unique features:

Don Garber will address the media and the release and the topic of safety and testing was greatly emphasized in the release. There are plans to test players for COVID-19 regularly and a protocol plan is in place.

Here are the key dates for the tournament.

Following the tournament, MLS plans to continue to the season with a revised schedule with teams playing in home markets. That will be followed by a full slate of playoffs and MLS cup. The exact number of games and the schedule will be announced in the weeks ahead.

In all honesty, good for the league. This is not an easy hand to be dealt and restarting a league in these two countries is different than in Europe. The size of the United States and Canada makes travel and moving around the country a lot harder. A tournament in Orlando at one location is a logical step. But MLS Can't be in a position where other soccer leagues in the world resume and other sports leagues in the United States return and MLS can't figure out a way.

This new plan from MLS is very complicated. The three group stage games count in the regular season. The knockout games do not. There is incentive to do well with the Champions League berth on the line but this won’t be easy to follow.

It is also questionable how Orlando will play on television. No crowds is something that everyone has to deal with but playing on practice fields (like at Disney) simply doesn’t look as important than at an empty stadium – like what we see in the Bundesliga. Making the game attractive on television will be an important test for ESPN and the league.

Following Orlando, it appears as if the league will adopt a regionalized format. Unfortunately, with the two games in March and the three games in Orlando, there is really going to be an unbalanced schedule. The regionalization is great and might be something for the league to think about more going forward.

But this return is welcome news. It is probably the best of a tough situation and sports can be a unifying and powerful force in a country that needs it.