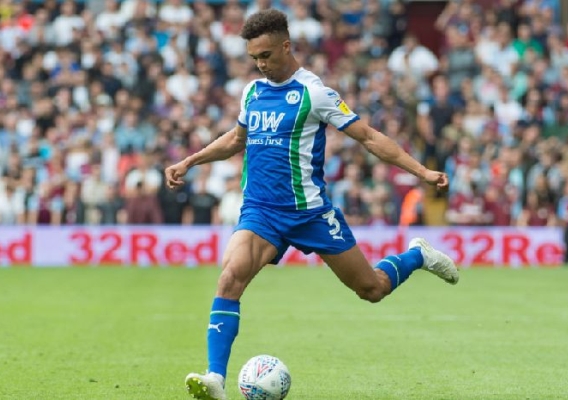 ASN's Brian Sciaretta does it every Monday, but here is his Americans abroad recap of a very busy couple of days for Yanks in Europe
BY Brian Sciaretta Posted
October 21, 2019
10:00 AM
THE WEEKEND was a certainly a good one for Americans abroad as many of the top players who saw the field had strong performances. The one glaring problem, however, is that still too many Americans are not seeing the field.

Tyler Adams is apparently making progress for RB Leipzig and is still not in action. John Brooks was an unused substitute for Wolfsburg as he attempts to return from a muscle injury. Alfredo Morales is out for Fortuna Dusseldorf with the flu. Tim Weah is back to training again with Lille but is still out of action. Jonathan Amon is MIA at Nordsjaelland. This week, Weston McKennie was not able to play for Schalke.

Of course more is needed from many promising players. Aron Johannsson needs to earn his starting job back at Hammarby. Romain Gall continues to play only rare minutes at Malmo. Ethan Horvath is in a bad situation at Club Brugge and Kenny Saief is MIA at Anderlecht. Bobby Wood's nightmare situation continues at Hamburg.

But if you want to know why this weekend will be remembered in a positive light, you don’t have to dig far.


The best moment of the weekend for American fans was when Chelsea hosted Newcastle United. Chelsea managed to walk away with a 1-0 win and Christian Pulisic was sharp in his 26 minute appearance to finish out the game (the game was scoreless when he came on).

Pulisic was active and had a positive impact on the game for the hosts. He had one shot, a key pass that resulted in a shot, and got into dangerous position. It was a performance that will only help him earn more minutes in the weeks ahead.

For Newcastle, Yedlin was solid in a 90-minute performance. He was sharp defensively where he was credited with a team-high four tackles and cleared a ball off the line. Since returning to health, the Seattle native has been in fine form.

Despite Newcastle United falling back into the relegation zone, it was a net positive on an individual level for both American players and American fans.


Josh Sargent scored his second goal of the season for Werder Bremen on Saturday in a 1-1 draw with Hertha BSC. It was yet another strong outing for the teenager who is seeing an increased role within the club lately. The 7th minute goal was a little lucky in that it took a fortunate deflection but the St. Louis native did a great job in the buildup – controlling the ball and making a key pass in the sequence.


Matt Miazga scored a dramatic winner in the seventh minute of stoppage time to lift Reading past Preston North End. The New Jersey native only recently returned from injury before the international window but a healthy Miazga will be a big asset for Reading it is effort to pull away from a relegation battle.

The goal helped earn him man of the match honors.

And look who was on hand to watch: former U.S. national team and Reading goalkeeper Marcus Hahnemann.


Carter-Vickers and Stoke trending up


Just before the international break, Stoke City was winless in the Championship. But the club has now won two in a row after a surprising 2-0 win over Fulham. Those six points have I no longer in last place after climbing above Barnsley.

American defender Cameron Carter-Vickers has been part of it all and is anchoring an improving backline that is starting to give Stoke hope that it might just yet survive this season. Still just 21, Carter-Vickers has a ton of experience at this level and is bringing maturity to a club that needs stability.


United States national team goalkeeper Zack Steffen pitched a cleansheet win for Fortuna Dusseldorf in a 1-0 win over a Mainz team that was reduced to 10 players in the 46th minute.

Steffen only had to make one save but the win was important as it was between two teams who could potentially be in a relegation battle this year. Winning those games is critical at any point during the season.


Antonee Robinson, 21, had a great outing for Wigan Athletic in a 1-0 win over Nottingham Forest. Website Whoscored gave Robinson the MOTM in the game

It’s easy to see why too. Robinson was aggressive with his dribbles and his passing out of the back. Defensively, he had a game-high six tackles, three interceptions, and three tackles. In other words, it was a complete performance.

It will be interesting to see if Robinson factors into the U.S. U-23 team – where Chris Golster has been the preferred left back in recent camps. The U-23 team will have a camp in November, rumored to be in Europe, and that might make it easier for Robinson to take part. It will certainly be understandable, however, if Wigan are reluctant to release him.


Ulysees Llanez was terrific in his comeback from an ankle injury he suffered in March with two goals for Wolfsburg’s U-19 team in a 3-2 win.

Alex Mendez and Josh Pynadath continue to come off the bench for Jong Ajax. Richard Ledezma went 74 for Jong PSV in a 2-1 win over FC Eindhoven. Chris Golster went a full 90 for Jong PSV in the same win.