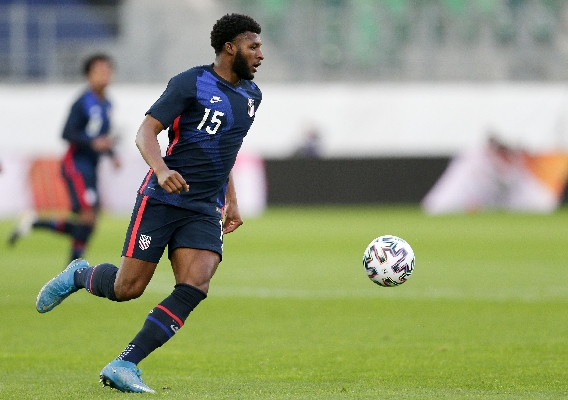 ONE OF THE BIGGEST themes surrounding the U.S. national team’s Nations League has been silverware. In total, the roster combined for 12 pieces of European silverware in domestic leagues, domestic cups, and, of course, the UEFA Champions League. There is also talk about the Champions League next season where 13 players on the team were part of teams that will play in at least the tournament’s group stages.

Mark McKenzie, 22, part of both groups as his KRC Genk team won the Belgian Cup and finished second in the league to book a spot in the qualifying rounds of the Champions League. That comes on the heels of winning the Supporters Shield with the Philadelphia Union in December prior to his sale to Belgium.

Ever since the soccer world returned following the COVID-19 shutdown, McKenzie has been trending up. He was named to the MLS Best XI for the 2020 season, earned a lucrative transfer, won silverware at two teams, qualified for European play, and finished the season being named to the Belgian Pro League Team of the Week each of the season’s final two weeks.

Following a solid performance for the U.S. team on Sunday in a 2-1 loss to Switzerland, the 2019 U-20 World Cup captain is now ready to chase silverware for his national team at the Nations League – opening Thursday night with a semifinal against Honduras.

“Now that a bunch of guys, myself included, are coming off of season where we just lifted a trophy,  you get that taste for it,” McKenzie told ASN. “You want to do it again and that is the motivating factor you instill into the group - the hunger to lift another trophy because it's great. You do it with a club, but are very few chances you get to do it with the national team.  We're not putting too much pressure on ourselves, but we know we have a responsibility and duty to go out there and fight for that trophy, by any means.” 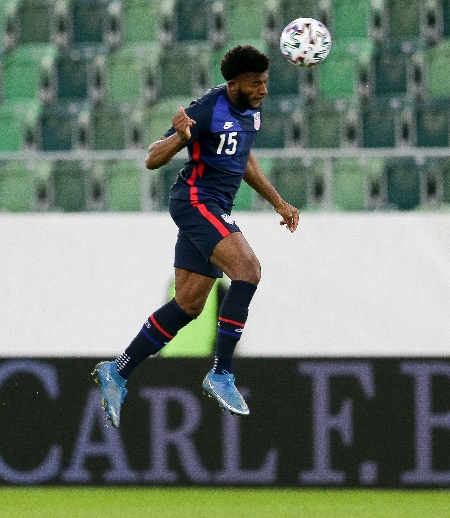 Since joining Genk at the start of the year, McKenzie appeared in 13 league games (including eight starts) across 787 minutes. He also made three appearances (one start) for 110 minutes in the Belgian Cup – including a brief cameo in the 2-1 win over Standard Liege in the final.

McKenzie acknowledged that there was a learning curve coming to a new league in a new country during a pandemic. He had to get used to the new culture and a different style of soccer and while playing time was inconsistent, he used the time when he wasn’t playing to work on his game and studying the league and opponents.

In the end, he felt that the momentum the team had at the end of the season will only help in this week with the national team and with Genk’s preseason when he competes for a starting job.

“It always helps your confidence to end the season on a high,” McKenzie said. “We came out with 16 out of 18 points in the playoff and really challenged Brugge in the last weeks to put ourselves in contention. We were a little bit too late, we slipped up one too many times in the February period. But look, ultimately picked ourself up and lost just one match in the last two and a half months.”

McKenzie was the starter for Philadelphia for the better part of three seasons (including 2019 where he dealt with injuries) and he rose through the academy at the club to help the first-team become one of the best in MLS. Under head coach Jim Curtin, McKenzie became one of the top young American defenders and eventually earned his first cap with the U.S. national team.

Philadelphia Union have earned a reputation for being a club that can win while simultaneously develop young and sell players. McKenzie and U.S. national team teammate Brenden Aaronson were part of the success last season and both have lifted European silverware since their respective sales. Meanwhile, Philadelphia has remained a top team in the league.

“With Philly, they always invested time in me and they gave me the opportunity to make mistakes, but also pushed me to work on those areas so that way they weren't recurrent themes,” McKenzie explained. “It's one thing to make mistakes. It's another to make the same mistake over and over again. That's one thing Philly really helped me with and opened my eyes to understanding that once you take the next step, these areas are going to be amplified even more. You're not going to have as much time with the ball. You're not going to beat guys in the air all the time. You're not going to be able to recover from behind all the time. So how do you position yourself defensively to win these challenges? To win these duels? These are areas that we discussed and worked on at Philly.”

“In Belgium, it is a difficult league,” he added. There's a reason Genk specifically has produced the talented it has produced….When I came into the training sessions, I wasn't exactly sure how guys are going to go into tackles. Are they going to be soft, or are they going to be 100%? Yeah. It's 100%. That's the way we want to train to prepare for the matches - not to hurt each other, but preparing each other so that we're sharp. The amplification of minor mistakes and errors and positional mistakes, learning how if I don't slide fast enough, that gap is going to be exposed….The one thing I've appreciated the most is that you can lose any single given match if you're not up to the task. That's the challenge I came here for - to put myself in the best position to take the next step.”

The last few months have certainly introduced McKenzie into life at Genk but next season will be a huge test for him on many levels. For one, starting at Genk will be critical for him to maintain his spot on the U.S. national team. For McKenzie, the preseason will likely determine his role for the start of the season – which will include Genk’s games in the third qualifying round of the Champions League which open on August third.

“It's been a dream of mine since I was a kid to play in the Champions League. Now I am here in the U.S. camp with guys who played the biggest stages, we had two guys in the finals. Going into August for the Champions League coming up, it's definitely on my mind and circled on the calendar. I'm looking forward to that opportunity, to that moment. It's about building to that moment… I'm looking forward to really helping my team to be a lock in the group, be a mainstay, and to push into the latter stages of Champions League, potentially.” 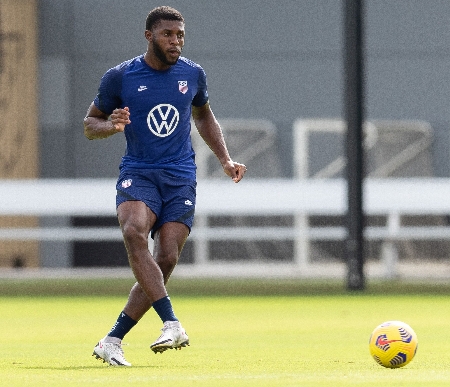 For now, McKenzie is looking for strong performances in the games ahead for the U.S. national team which he knows are going to set the stage for World Cup qualifying in the fall. While McKenzie is one of the better defensive prospects, is spot on the team is by no means assured. The central defense pool is fairly deep at the moment with John Brooks, Tim Ream, and Matt Miazga also on the team and other players like Chris Richards, Erik Palmer-Brown, Cameron Carter-Vickers, Miles Robinson, and Aaron Long once he’s healthy all competing for spots.

“I'm very excited to be here with guys who can against the best of the best,” McKenzie said. “I really want to challenge myself and challenge the other guys as well need to place myself in that group, where you have to be called in - in a way. You need to push the decisions for the staff.”

Of course, if the U.S. team advances past Honduras on Thursday night, there is a good chance that it will set the stage for final against Mexico. Games against its archrival have historically served as momentum-builders for the U.S. team and a place where many players have cemented themselves into the team.

“That's the ultimate matchup, right?” McKenzie asked rhetorically. “Everyone is hungry now, including myself, I'm looking forward to the opportunity potentially face Mexico. It will be my first senior team game against them. Even in the youth setups when playing against Mexico, you feel that tension between two nations that border each other. two nations fighting for a foothold.”