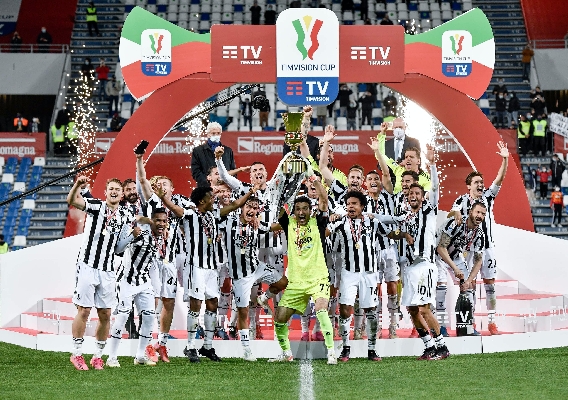 AFTER A PROMISING SEASON, Weston McKennie has won a piece of major silverware in the 2020/21 Coppa Italia. The Texan impressed in the final as he went the distance and notched an assist in a 2-1 win over Atalanta at Mapei Stadium in Reggio Emilia.

Weston McKennie, 22, impressed throughout the game and his best moment came in the 31st minute when he setup Dejan Kulusevski to open the scoring and give Juventus the lead 1-0.

Here is the assist from Weston McKennie to Kulusevski for a 1-0 lead in the Copa Italia final! pic.twitter.com/v7E0EawIcv

After Ruslan Malinovsk equalized the game in the 41st minute, Juventus found the winner in the 73rd through Federico Chiesa.

This was a massive accomplishment for McKennie to walk away with silverware in is first season with Juventus. His move last summer was groundbreaking for an American player but it has been a disappointing year for the club. After a nine straight scudetto winning seasons, this season it is in fifth place heading into the final weekend.

McKennie has shown glimpses in being a big part of the club’s future but winning a trophy is important for momentum and confidence. 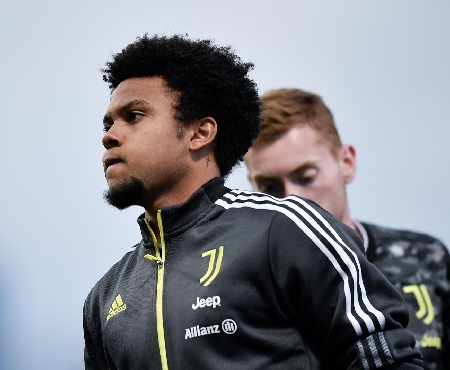 His numbers in this game reflect that McKennie played a gritty game and found a way to contribute in a big way with his assist.

Of course, Juventus played this game in the backdrop of the Serie A finale on Sunday. Juventus needs to find a way to win that game at Bologna and hope either Napoli or AC Milan drop points. If that doesn’t happen, Juventus will be out of the Champions League next season. In terms of keeping next season relevant, that is even more critical than the Coppa Italia.

But Juventus played a great game in the Coppa Italia and the benefit to that, beyond the trophy, is momentum and confidence heading into the weekend against Bologna.

As for the big picture for McKennie, this has been a solid but grueling season. It’s had some down moments but the positives have far outweighed the negatives. Across all competitions, he’s eclipsed 2000 minutes and has become the first U.S. international to play for the legendary club. He’s set himself up for future success but he has to finish on a high note this weekend.

It has been an extremely challenging first season in Europe for Reggie Cannon, 23, as Boavista appeared to be heading towards relegation since the early parts of the season. Fortunately for Cannon and Co., the team has played much better the final month of the season.

In Wednesday’s season finale, Boavista needed to win. With a draw or loss, it needed both Farense or Rio Ave to fail to win in order to be complete secure of falling into the relegation playoff zone.

This game was tense, and Boavista fell behind in the first half. While Farense was blown out by Santa Clara, Rio Ave was able to mount a comeback win over last-place Nacional.

Boavista eventually equalized in the second half and then found a late winner to survive. Both goals were scored by Gambian forward Yusupha Njie and the first was assisted by former Houston Dynamo winger Alberth Elis – who has been one of Boavista’s best players this season.

For Cannon, he wasn’t spectacular but he was steady and solid – which is how he played down the stretch. 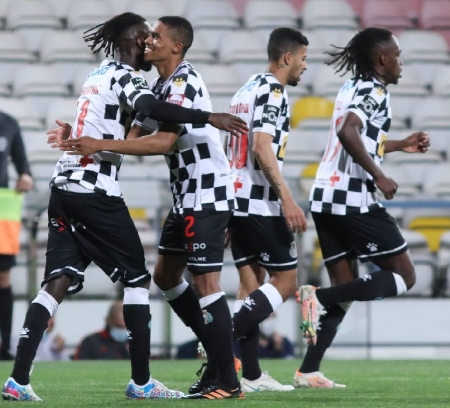 Boavista will almost certainly sell Reggie Cannon this offseason. The club needs money and Cannon has value with his age and athleticism. He wasn’t an expensive purchase, their payments to FC Dallas were late, and money in Portugal overall is tight. Cannon will be one of the players on the move and he’s helped his value with his performances down the stretch.

Most of the news over the past week has centered around big results and positive performances from American players but the news was not great for Lynden Gooch and Sunderland which dropped a 2-0 result to Lincoln City in the first leg of the League One promotional playoffs. Now returning home for the second leg, Sunderland will have an enormous task at hand. 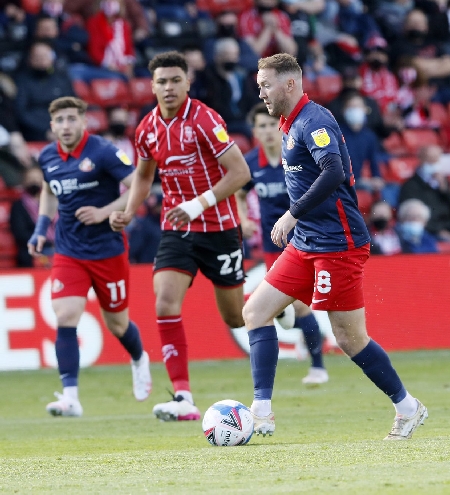 Gooch has been affiliated with Sunderland since he was 10 years old and is remarkably loyal to the club. He made his debut in the Premier League and stuck with the club through two consecutive relegations. He has been in League One for three years trying to help the club back up. In this game, he was one of Sunderland's best players and nearly scored in the 40th minute when his bending left-footed shot hooked just wide. In the end, it wasn't enough.

Without something special, that wait might have to continue.

While not surprising, Tyler Adams has returned home to rehabilitate his back.

?? @tyler_adams14 has left our quarantine training camp to travel back home to continue his rehabilitation on his back problems.

This obviously casts doubt on his ability to play with the national team for the Nations League but Adams joins a growing list of U.S. national team players who have been missing game the past month – Aaron Long, Chris Richards, Antonee Robinson, and Yunus Musah. Jordan Morris and Richard Ledezma suffered long-term injuries earlier in the season.