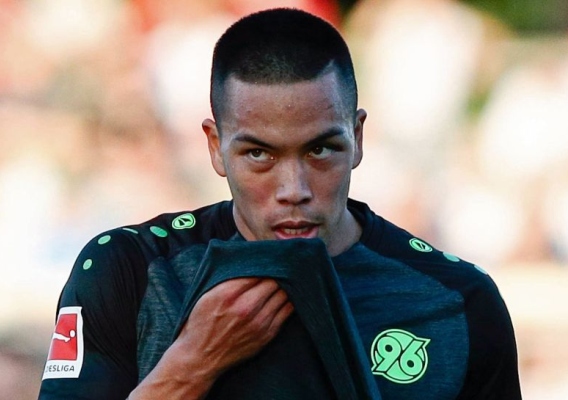 November's international break comes at a good time for many American players as the current season in Europe has been a bumpy road. Not all are struggling but as a whole, there is more concern than positive news from across the pond.
BY Brian Sciaretta Posted
November 11, 2018
10:00 PM
THIS PAST WEEKEND continued the downward trend for Americans abroad for the 2018/19 season. Back in August, there was a lot of optimism about the progress of Americans abroad for the year ahead. Now there is a lot of concern with key players in tough situations.

Heading into the November international break, a lot of players are going to have pivotal months ahead to get their seasons on track.

It’s not all bad but the negatives far outweigh the positives.


In any season there are always going to be American players struggling. That is just the nature of having a growing number of players playing throughout the globe. But the problems are compounded this year in that many of the players in tough situations are national team players.

It’s a relief for the team, its fans, and whoever the next coach is (ahem, Mr. Berhalter), that there aren’t any World Cup qualifiers on the horizon.

Let’s start with central defenders. Cameron Carter-Vickers is a seemingly unused sub just about every game for Swansea. That continued this past weekend in a 1-0 away win over Bolton. This is a particular setback for him because the Championship is a league where he has established he could succeed. It is not as if he is trying to push himself in a higher league.

Meanwhile, Matt Miazga is in the doghouse at Nantes under its new coach. While there is a benefit to fighting through tough times, Miazga is at the club on loan and the standard is likely higher for him to get playing time because Nantes has little incentive to develop him. He will now arrive in USMNT camp not having played since the October break.

While it is a relief for American fans that John Brooks is starting for Wolfsburg, he has not been playing well and his team has been playing even worse. It dropped a 2-1 decision to Hannover on Friday and with that loss the club now has lost four out of five and has won just once in its last nine league games.

Erik Palmer-Brown earned his second straight start for NAC Breda in the Eredivisie and while last week he helped his team win, there was not much he could do as the entire team struggled in a 2-0 loss to Emmen which sent it to last place in the league.

Shaq Moore earned another call-up to the national team for November and he has been finding playing time harder to come by in Spain for second tier Reus. He was an unused sub in Saturday’s 2-0 loss to Cadiz and has played just 271 minutes this season over five appearances.

After being subbed out of halftime last weekend, Jonathan Amon was an unused substitute for Nordsjaelland in a 1-1 draw. Julian Green earned the start for Greuther Furth away against Union Berlin but left in the 59th minute with his team down 4-0 (which turned out to be the final score).

Weston McKennie came off the bench for Schalke in the 65th minute with his team trailing Eintracht 1-0. The Texan could not turn the tide and Schalke lost 3-0 and still sit just a point above the relegation zone with 10 points through 11 games.

Antonee Robinson started for Wigan again in a 2-0 loss to Middlesbrough. The loss was Wigan’s fourth in a row and fifth out of six. It has one just once in its last eight games.

In Belgium, Kenny Saief is not earning regular minutes anymore for Anderlecht and played just the final eight minutes on Sunday in a 2-0 win over his former club, KAA Gent. Ethan Horvath finally has his career on track and impressed in the Champions League last week but couldn’t prevent Club Brugge from dropping a 2-1 decision on Saturday to Sporting Charleroi.

Perhaps the biggest disappointment for American fans is that Christian Pulisic did not get on the field for Borussia Dortmund in a thrilling 3-2 win over Bayern Munich to move four points clear of first place. At this point it seems like he has lost his place in the starting lineup to Jaden Sancho. But this is life at elite clubs where players are always on thin ice because the quality on the bench and throughout the roster is so good.

But above is a list of 12 players in the U.S. national team pool who all had weekends to forget.


In the U.S. national team pool, there were a few good stories and it mostly came from players born in the “Missing Years” generation (players born 1990-1994) of American soccer.

DeAndre Yedlin has his second strong game in a row for an improving Newcastle team which defeated AFC Bournemouth 2-1. Yedlin was active in the attack and helped Newcastle move into 14th place in the league.

But perhaps the best American player of the weekend was Bobby Wood who did not score for Hannover in a 2-1 win over Wolfsburg but was exceptional in his passing and hold-up play. If the Hawaiian continues to play at that level, Hannover should move clear out of the relegation zone sooner than later.

Also, in the Allsvenskan season finale, Romain Gall earned the start for Malmo on Sunday and the club needed to defeat Elfsborg and hope Hammarby lost points in order to claim Sweden’s last Europa league berth for next year.

Gall did not score but he started and played 62 minutes. He left with his team up 1-0 and it finished 2-0. Combined with Hammarby playing to a 3-3 draw ensured Malmo’s spot in Europe starting next summer.

Outside the USMNT player pool


For those outside the USMNT player pool but looking to work their way into the mix, it was an up and down weekend.

Duane Holmes earned his second straight start for Derby County against Aston Villa. The Georgia native started in place of the injured top teenager on loan from Chelsea, Mason Mount.

While Holmes wasn’t as good as last week in a MOTM performance against Birmingham City, he was still among his team’s best players on the field. He left the game in the 70th minute with score deadlocked at 0-0. Unfortunately for Derby, the team faded quickly after Holmes’ exit and lost 3-0 at home.

In Scotland, Emerson Hyndman did not dress for Hibernian in a 1-0 loss to Aberdeen. Josh Gatt started for Altach in a lackluster 1-0 loss to FC Wacker Innsbruck.

Brendan Hines-Ike returned to the field for Kortrijk but couldn't stop a 2-0 home defeat to Standard Liege in Belgium.

Fabian Johnson came off the bench for Borussia Monchengladbach and played the final 23 minute in a 3-1 away win over Werder Bremen. All the goals for each team were scored before Johnson entered the game.

Andrew Wooten started for Sandhausen in a 0-0 draw with MSV Duisburg, which was without Joe Gyau. In Argentina, Joel Sonora got his second start on Friday for Talleres against Aldosivi. The 2015 U-20 World Cup veteran midfielder played 68 minutes and the game finished 0-0.

In Mexico, Joe Corona started and played a full 90 for Club America which played Santos Laguna to a 1-1 road draw. That point kept Club America in second place in Liga Mx.

Finally, Jann George continues to make a regular impact for Jahn Regensburg and last week he turned heads with an first-rate goalazo. On Saturday, the German-American earned the start against Magdeburg and assisted on an 80th minute equalizing goal. Jahn Regensburg would later find a stoppage time winner for a 3-2 victory to move into seventh place of the 2.Bundesliga.