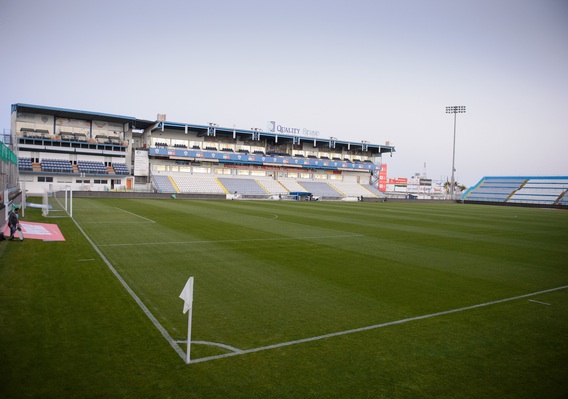 4 Lessons from an Empty USMNT Performance

The United States lost 2-0 to Ukraine at Atonis Papadopoulos Stadium in Cyprus. What did we learn? Noah Davis offers four thoughts on Wednesday's match.
BY Noah Davis Posted
March 05, 2014
3:54 PM
1) Maybe the U.S. should pretend every half is the beginning of the second half:
The first 45 was a trainwreck, both offensively and defensively. The second, much improved. This is a pattern for the U.S., especially when they play in Europe. And it's not a good trait. In Brazil, the Americans can't afford to chase games. That's exactly what happened in South Africa, and the squad finally wore out against Ghana. It's great Jurgen Klinsmann can give a fiery halftime speech, but let's figure it out earlier, eh? 2) None of the starters helped their causes:
John Brooks. Sacha Kljestan. Edgar Castillo. Alejandro Bedoya. Oguchi Onyewu. Five players who aren't on the plane to Brazil earned starts. None of the five impressed. A bad turnover from Kljestan led to the first goal. The pairing of Onyewu and Brooks struggled all night (although the pairing isn't ideal). Castillo had a few nice moments going forward but abdicates his defensive responsibilities. Bedoya was better in the second half but never good enough. Overall, no one stood out and a few of the players' performances hurt their standing. Klinsmann's roster decision in May probably got a little bit easier. (Danny Williams, however, is back in the mix.) 3) Tim Howard is the No. 1:
He made an excellent save on the first goal and then again on the second, and generally did as much as he could to keep the match close. On a night when the backline was a disaster, Howard showed once again that he's the vocal heart and soul of the American defense. That won't change, even with Omar Gonzalez and Matt Besler return. 4) Michael Bradley:
'nuf said. Noah Davis is deputy editor at American Soccer Now.