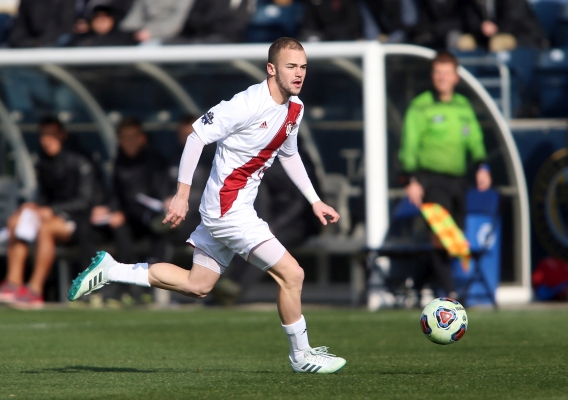 Andrew Gutman is the latest American to head abroad as the Indiana left back has signed for Scottish giants Celtic.
BY Brian Sciaretta Posted
January 10, 2019
3:00 AM
Scottish giants Celtic has never been a club to feature many American players but the club swooped in for its second of the transfer window when it landed Indiana University left back Andrew Gutman who will join United States international attacker Tim Weah who is at the club on loan from Paris St. Germain.

Gutman, 22, recently completed a fantastic career at Indiana and was recently awarded the Hermann Trophy as the nation’s top college player. As a product of the Chicago Fire academy, Gutman had a homegrown contract offer from Chicago but elected to join the Scottish leaders instead.


Looking forward to seeing how Gutman does with #CelticFC. A left back who is very comfortable on the ball. Great goal here pic.twitter.com/aSjw3nPTXH

Celtic boast a lot of youth talent including Scottish international left back Kieran Tierney, 21, who stands in the way of Gutman for the full-time left back role. But Tierney is out with and injury and is reportedly facing potential hip surgery. If he recovers well, he also could be sold. So there could potentially be an opening for Gutman if he makes a smooth transition from college to the professional ranks.

The decision of Gutman to sign with Celtic is a huge blow for the Chicago Fire which has a lot of holes on its roster. Earlier in the fall, starting left back Brandon Vincent abruptly retired at the age of 24. Now with Gutman leaving, left back is vacant. In addition, right back and central midfielder Matt Polster is mulling a potential move to fellow Scottish contenders Rangers.

With Gutman’s deal with Celtic, it marks an impressive week for Indiana in terms of sending its players to the professional ranks. It was announced last week that Griffin Dorsey signed a Generation Adidas contract with Major League Soccer.