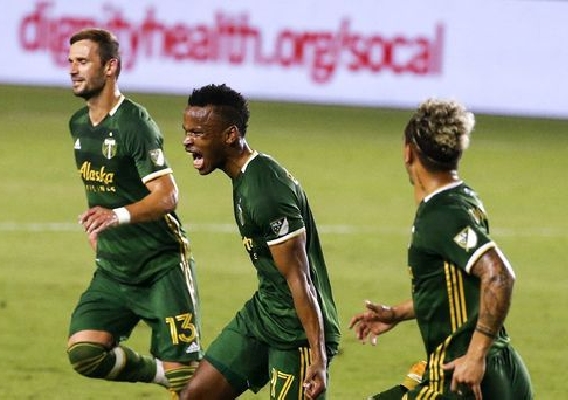 The international window is open but some leagues throughout the world are in full force. One of them is MLS and ASN's Brian Sciaretta gives you his thoughts on a busy midweek slate of games.
BY Brian Sciaretta Posted
October 08, 2020
4:45 AM

THE MIDWEEK GAMES in MLS overall continued with the same running themes that have been emerging since the restart. Young American players are having a nice season, Red Bulls can’t score, San Jose is wildly unpredictable, the Galaxy are in shambles, and yet another Seattle – Toronto final is probably the mostly likely way the season will end.

For better or for worse, MLS is a league that is difficult to predict and while parity in the league isn’t what it once was and some teams are just more powerful than others on a perennial basis, it still remains more unpredictable than most leagues.

But when you look at the standings right now, Seattle is atop the West and Toronto is atop the East. These are two teams that have met in the final three out of the past four years. Both teams have spent money and spent it wisely on players that make sense and might not necessarily have the star power that casual sports fans automatically know.

For Seattle, Nicolas Lodeiro has been one of the best designated players in the history of the league. For Toronto, it is even more impressive because all was not lost when Sebastian Giovinco departed. Alejandro Pozuelo has proven to be an adequate replacement. Even when Jozy Altidore is injured, the team still continues to find ways to win.

But Toronto and Seattle have managers in Gregg Vanney and Brian Schmetzer that have strong approaches to games and can adapt when new players are added. As a result, teams find it easier to spend money with coaches like these two and it all simply works. Last night, without an injured Jozy Altidore, Toronto travelled to New England and won 1-0. Seattle hosted Real Salt Lake and won 2-1.

Now when you look at the emergence of teams such as Orlando and Philadelphia, you see proactive managers in Oscar Paerja and Jim Curtin that are able to connect with their players and organize their teams well.

It will be telling to see how that adjusts into the playoffs.

Here are some of my thoughts from the midweek games

Throughout the league, the theme of having young domestic players succeed on the field continued. On Wednesday, the highest rated young players all seemed to have the best moments.

Jeremey Ebobisee had a terrific two goal effort in a 6-2 drubbing of the Galaxy. Across all competitions in 2020, Ebobisse now has eight goals, two assists in 19 games (regular season and MLS is Back). The best moment he had against the Galaxy came in the 23rd minute when Portland was awarded a dangerous free kick.

The Galaxy were expected Diego Valeri to take the right footed shot. Instead, Ebobisse lined up with his left foot and absolutely ripped the shot past David Bingham.

Ebobisse absolutely ripped this free kick. What a shot pic.twitter.com/RZo3n8sP7s

In that game, the Galaxy had a nightmare of a performance but both of its goals were scored by USYNT-eligible players. Ethan Zubak had a nice header and U.S. U-20 right back Julian Araujo (who might be the U-20 team’s captain) had a very nice goal from distance off a cleared corner kick.

Good day for young American players in MLS tonight. U.S U-20 right back Julian Araujo with a blast from distance to get the Galaxy on the board my #USYNT pic.twitter.com/UGhql2JIBr

In Philadelphia, Brenden Aaronson put on a huge outing that would expect from a player who is heading to Salzburg on a huge transfer this winter. The New Jersey native is aiming to help deliver a title to Philadelphia before he goes. In a 3-0 win over Cincinnati on Wednesday, Aaronson had a very good performance – assisting on the second goal and constantly creating danger with five key passes.

Brenden Aaronson to Alejandro Bedoya. Really nice goal for the Union - which is in control over Cincinnati 2-0. Ghosts of #USMNT past & future on this one
pic.twitter.com/5r57R04E8a

There were good stories across the board for young domestic players. Mark McKenzie was solid for the Union in the win. Keaton Parks has continued to have an impressive season that could land him on the U.S. U-23 team. He scored his second of the season in a 4-1 win over a terrible DC United team.

Ayo Akinola’s eighth of the season was controversial. It appeared as if he pushed the defender off the ball prior to his shot past likely future U.S. national team goalkeeper Matt Turner - which gave Toronto a 1-0 win over New England. Regardless, Akinola has a nice combination of speed, strength and  finishing ability. He didn’t get on the ball nearly enough as would typically be needed, but in the one occasion he got into a dangerous position, he scored. Akinola only had 23 touches over 85 minutes in this game and only attempted eight passes (which he completed three). He still managed to have four shots and won three aerials. He still needs to address some holes in his game to get to the level of Ebobisse (who is also an excellent passer) but Akinola has made some big strides in his game. At this point, he is a strong candidate to play for the U.S. U-23 team if he opts to remain with the program and not switch to Canada or Nigeria.

Ayo Akinola continues to have a good season. His 8th of the season here for Toronto might have been a foul, but it wasn’t called. The young American forward is fast and can handle the physical side of the game well pic.twitter.com/vEZK42MJMl

The New York Red Bulls are a maddening team this year because, coming into this season, it was so obvious that the team needed better options at forward. With a better forward, it would probably be in very good shape. But upper management never took any active steps to fix this.

As a result, the team has lost at home this season to FC Cincinnati, DC United, and now a 2-1 decision to Inter Miami on Wednesday.

This loss will surely be extremely frustrating for Red Bulls fans – who are naturally pessimistic. Despite missing Kaku and Cristian Casseres to international duty, the Red Bulls completely dominated the first half but had nothing to show from it. Despite, the two teams trading quick goals about 10 minutes after halftime, the Red Bulls seemed to be the most likely team to score.

U.S. national team fans would be wise to note that Aaron Long did a fantastic job containing Gonzalo Higuain from the run of play. Despite getting beat by Daryl Dike in the air for a goal on Saturday, Long has generally had a pretty good month. In this game, he was very good.

But it didn’t matter. Inter Miami had a player who could make magic. A silly foul by Jason Pendant gave Higuain a chance to hit a free kick, and he delivered.

Gerhard Struber is not set to take over the Red Bulls team for several weeks and there is plenty to like about his hire. But unless the team has a genuine forward and more legitimate scoring options, the chances for his success are limited. In order to compete, the Red Bulls will need to spend and develop its young core group of players. The team was at its best when it had Bradley Wright-Phillips and Tyler Adams.

RBNY has some really good players coming up through the system but it also has first-team players aging out. Struber has his work cut out for him to develop young players and well as identify, scout, and integrate new acquisitions. This is all predicated that RBNY will have a suitable budget.

The San Jose Earthquakes are channeling the historical “never say die” attitude that made the team so likeable during the days of Alan Gordon and Steve Lenhart. Historically the team is the league’s equivalent of the Bad News Bears. That is very true with the current edition as it won its third game in a row and is now in the playoff positions. Before this streak started, San Jose had lost two consecutive games to Portland and Colorado in embarrassing fashion: an 11-1 combined scoreline.

But now it has gotten past both LA teams and on Wednesday it downed a bad Vancouver team 3-0. Credit to Matias Almeyda for making adjustments. JT Marcinkowski has been a welcome addition (and the first U.S. YNT goalkeeper to get a starting job in the league in a long time). The team is also playing more direct and is getting production from designated player Cristian Espinoza.

San Jose is probably not a real post season threat, but the intensity from the team is through the roof. Jose Mourinho once said: “in football, sometimes you win games on emotion.” It’s not a long-term solution, but if the Quakes can sneak into the playoffs, they could be a tough out.

Hot seat for Olsen and Schelotto?

In 1996, the inaugural season in MLS ended with DC United getting past the LA Galaxy in the final. While the play suffered in the early days of the league, that final was actually quite good and the first year ended on a high point.

In subsequent years, the Galaxy and DC United would be the cornerstones of the first era of the league. DC United’s teams hosted some very impressive players who would also play big roles on the national team. The LA Galaxy teams were iconic and the acquisition of David Beckham helped usher in a new league. Between the teams, you had Donovan, Pope, Harkes, Keane, Beckham, Jones, Zlatan, and many other important players to the history of the league. 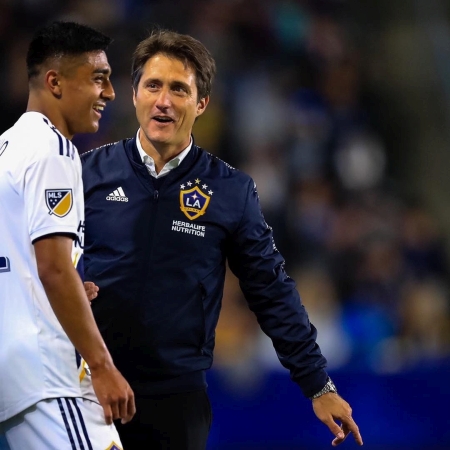 Both teams are built poorly. LA spent a fortune to bring in Chicharito with no effective plan on how to get him the ball – which he has needed over the course of his career. LA has failed to get the most out of its academy and its defense is terrible. Guillermo Barros Schelotto has seemingly seen the team spiral out of control downward under his watch. Not all of it is on him, and he didn’t build the team. But the team is failing to live up to the sum of its parts.

DC United, meanwhile, was trounced by New York City 4-1. Ben Olsen has been at the helm for 10 years and prior to taking the coaching job, he was a player dating back to 1998. To be fair, there has been a waive of injuries to hit the club but there is not much enthusiasm surrounding DC United as there once was. 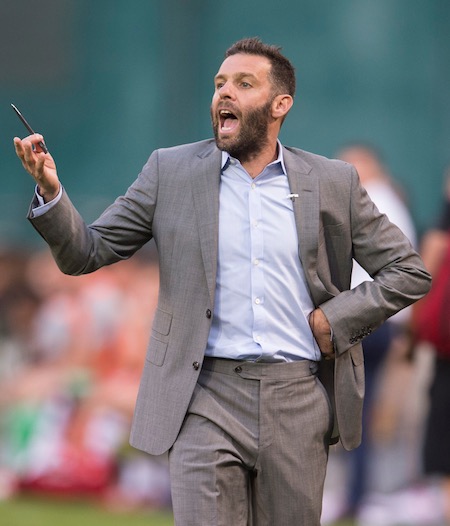 2021 will hopefully see the return of fans and greater interest in, not just MLS but domestic sports all throughout the country. It will be interesting to see if both clubs try to enter 2021 on a clean slate as opposed to tolerate mediocrity.