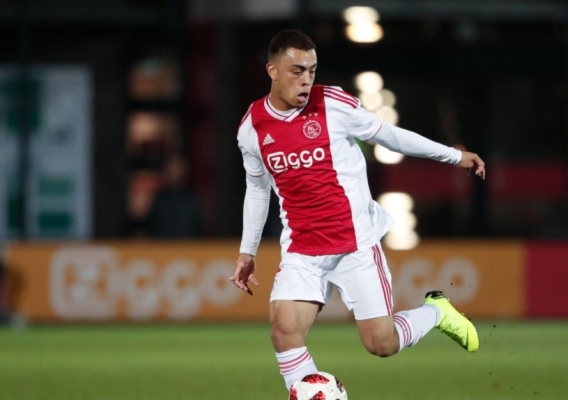 After technical issues crippled ASN since last week, the site is back with a look at an impressive weekend for Americans abroad which include a new Captain America, a winning start for a top-flight coach, and a teenage debut for one of the most storied clubs in the world. So overall, not bad at all.
BY Brian Sciaretta Posted
July 29, 2019
5:00 AM
THERE WERE a lot of important stories from abroad this weekend involving themes such as a debutant, a coach, and a captain. Sure, there were other stories from Europe and the truth is that most of the top league are still in preseason. But the news this weekend is about as significant as you can get for July absent a transfer.

The most eagerly anticipated game for American fans turned out to be a non-event as Hannover fell to Stuttgart 2-1. In that game, American teenagers Chris Gloster and Sebastian Soto failed to get off the bench for Hannover. The good news, however, is that due to red cards and poor performances, both of the U.S. U-20 players could be forced into action sooner than later.

But most of the 2.Bundesliga opening round games were disappointing from an American perspective. Bobby Wood did not get off the bench for Hamburg in a 1-1 draw against Darmstadt and Julian Green went the distance for Greuther Furth in a disappointing 0-2 home loss to Erzgebirge Aue in its opening game.


Sergino Dest, 18, got the start for Ajax on Saturday in the Dutch Super Cup against PSV Eindhoven and went a full 90 minutes in a 2-0 win. He played well and hit the post with a shot in the 75th minute.

"As a small child, you dream of this," Dest said afterward. "I don't want to get away from the basics yet and try to hold on to this. You also dream of winning prizes and if it works out in your first competition, it will be unforgettable. I thought it was going well. There were a few bad moments, but those are learning moments. I try to be confident because if you are not, you will do crazy things."

Dest has been a stalwart of U.S. youth national teams in recent years where he played in both the 2017 U-17 World Cup and the 2019 U-20 World Cup. Now with his professional debut with such a prestigious club, a full national team call-up might be on the near horizon as well as potential involvement in the Olympics should Ajax agree to release him.

What is particularly interesting is that Dest, who is normally a right back, has been playing left back during the preseason and now into the season. Thus far he has looked very comfortable in the position even if he is a better right back. There is simply more of an opening at left back at Ajax at the moment.

So, where does Dest stand at Ajax heading into the season? The likely bet is that he is a rotational player on the first team. Nicolas Tagliafico remains the first choice left back for Ajax but he was given an extended vacation after playing for Argentina at the Copa America.

Dest should be able to get plenty of minutes at left back if he continues to play well. Right back will be even more challenging given the quality of options Ajax has at the moment. With Ajax in the Eredivisie, the Champions League, and the Dutch Cup, there will be minutes to go around. But staying sharp during periods of inactivity will be tough.

Dest’s recent rise has been particularly exciting for American fans so far and he is in a great position to have another year where he shows a lot of progress. Saturday was just one step.


Much like his mentor Bob Bradley, Jesse Marsch is certainly a trailblazer in terms of American coaches. While few coaches both American-born and American-raised have found much success coaching in Europe, Marsch is now in charge of Red Bull Salzburg – the defending Austrian Bundesliga title holders who are Champions League-bound.

After winning an early-round cup matchup, Red Bull Salzburg had its Austrian Bundesliga opener on Saturday and defeated Rapid Vienna on the road 2-0. For Marsch, a hot start is critical to earning respect and establishing confidence. A 2-0 road win is certainly a good first step.


Chicago’s native Eric Lichaj was named Hull City’s captain over the weekend for the upcoming season. Lichaj, 30, joined Hull City in 2018 after five years with Nottingham Forest. He was a regular with Hull last year as it finished in 13th place in the Championship.

This season Lichaj will be expected to lead Hull City and the team will open its Championship season on Saturday when it visits Swansea City.


On Sunday, Hobro played to a 2-2 draw with Randers and Hobro’s American winger Emmanuel Sabbi 25th minute goal equalized the game at 1-1.


In the Danish Superliga, Hobro equalize vs Randers in the 24th minute after a goal from US U-23 winger Emmanuel Sabbi. Fellow American & US U-23 midfielder Christian Cappis also started for Hobro. Currently 1-1 in the 34th minute. Here is Sabbi’s goal pic.twitter.com/xSpT4Kzi2x

The goal was Sabbi’s second in three games to start the season. He scored goals in his last three games of the previous season to help the club avoid relegation. Combined with last season, Sabbi now has five goals in his last six league games. That will only fuel speculation that he could be transferred in the coming weeks.

Also of note, fellow American Christian Cappis, 19, started for Hobro in this game and went a full 90 in his first start of the season.


The preseason continued for many Americans in top flight leagues. Tyler Boyd got the start for Besiktas in a 2-0 win over Spain’s SD Eibar.

In Germany, Josh Sargent continues to have a strong preseason with Werder and reports are that Werder Bremen is very happy with how the St. Louis native has prepared for the upcoming Bundesliga campaign. It is safe to expect that Sargent is going have a fair chance with the first team at the start of the season based on comments from the coaching staff.

"I was very pleased with Josh. He linked up really well with Yuya and he's on the right track. He will definitely be a part of our plans this season."#werder #SVWamSee pic.twitter.com/VDhRb8XjV1