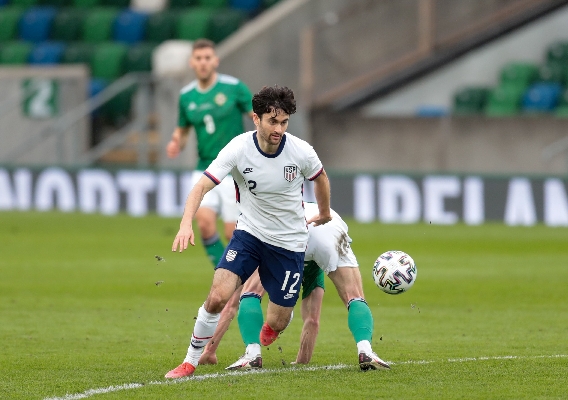 Confident after a breakthrough season, de la Torre ambitious for both club & country

After struggling to play in England with Fulham, de la Torre has found success in the Eredivisie with Heracles and that has paved a way to recent U.S. national team call-ups. ASN's Brian Sciaretta spoke with the San Diego native about his big season in the Netherlands.
BY Brian Sciaretta Posted
April 30, 2021
10:00 AM

LAST SEASON, Luca de la Torre was at a point in his career where he needed to make a move and it was critical that it be successful. After seven years within the Fulham system, he was still not a regular with the club’s first team. At 22, he needed to find a place where he could both play and contribute. In the end, he decided to join Heracles Almelo in the Eredivisie.

Now nearly a full season into the move, it has proven to meet and perhaps even surpass his expectations. In the first half of the season, de la Torre was playing regularly but was playing mostly on the wing – occasionally as a substitute.

In the second half of the season, however, he moved to his preferred central No. 8 position and has started every game. His move has coincided with the team’s rise into eighth place, which would qualify it for the playoffs for a spot in the Europa Conference League.

Since the move centrally, De la Torre has been a big part of the Heracles midfield and he typically has a high number of touches and completes a very high percentage of his passes – all while helping defensively. 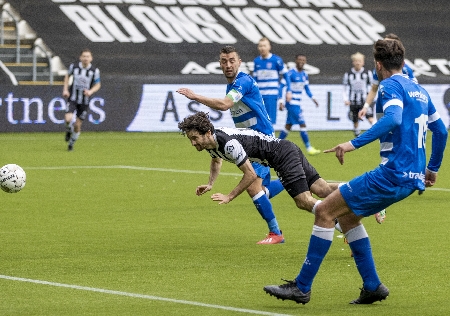 “I've definitely noticed that I've learned so much and definitely every game I still feel like I'm getting better, which is a great feeling - from playing kind of 10, 12 games the first half the season and then I think started every game the second half of the season,” De la Torre told ASN from Holland. “Playing in the middle has been really good for me. It's kind of a much more natural position for me. When I was younger, I played there and then at Fulham in England, they like the kind of like bigger, more physical central midfielders, so I moved more out wide. Here they recognize my qualities as a midfielder. It's been really good.”

As for his move centrally, de la Torre was always assured that was always going to be the case because the club assured him that was initial plan.

His best moment, however, came on March 7 in a meeting with PEC Zwolle. Over the course of 90 minutes, de la Torre had 101 touches and completed 74/83 of his passing, including 4/4 in long balls. His best moment when he connected on a header for the stoppage time winning goal of a 2-1 victory. 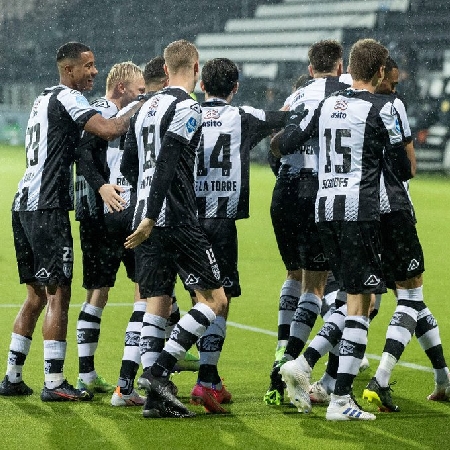 “The second day of pre-season, the coach said that he thinks I'm not a winger and that he wants me to start playing as a wide player to learn the system and to get used to the players  - but that in the future I'll probably be playing in the middle,” de la Torre said. “That's pretty much exactly what happened.”

“I think I never had any doubt that I had the quality,” he added. “It was just a matter of getting the opportunity. I was in the position at Fulham where I would get 20 minutes in a league game and I knew that if I didn't score a goal or do really well, then I probably wouldn't get another chance for another three or four months. To start so many games in a row, of course, that's what every player needs.” 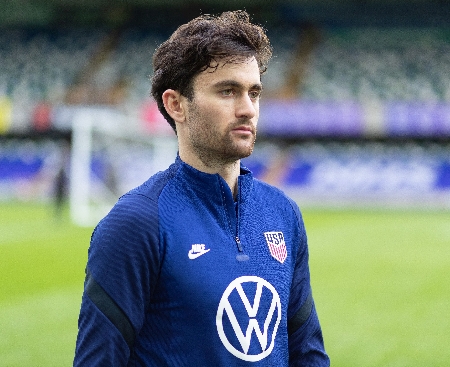 De la Torre’s strong season has already paid dividends on another level as he received a call-up to the United States national team for the March friendlies against Jamaica and Northern Ireland. He played in both games off the bench and assisted to Sebastian Lletget on the final goal of the 4-1 win over Jamaica. He nearly assisted to Daryl Dike in the 2-1 win over Northern Ireland.

“Luca is a great story,” U.S. manager Gregg Berhalter said. “It's a great story of a guy who has been patient in finding a level he can compete at in week in and week out. He's been doing a good job. He's scored some goals. He's a big part of their midfield.”

De la Torre, who will turn 23 at the end of May, has been a long-time veteran of U.S. youth national teams having played at the 2015 U-17 World Cup and the 2017 U-20 World Cup. With those teams he played with many of the team’s current core including Christian Pulisic, Tyler Adams, Josh Sargent.

In 2018 under interim manager Dave Sarachan, he earned his only prior U.S. cap in a friendly against Ireland. De la Torre recalls that experience as the team being in a transitional phase and considered the Jamaica game to almost be his first cap as the team is now building towards major tournament and he is now playing first team soccer. 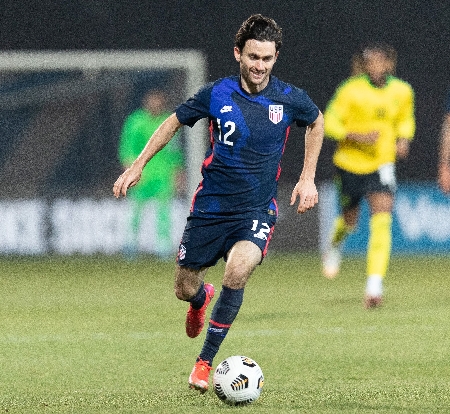 “It was it was really positive for me,” de la Torre said. “It's just always great to be called up. It's good to see a lot of old friends, sit at a table where everyone speaks English - it's just a really good time. I was happy with the camp. I was really happy to get on the field twice. In a way, it's just more motivation over the last five games of the season, I want to play really well and hopefully I can get another call up in the summer.”

De la Torre left camp having made a strong impression and a case to be in the mix for the team’s future.  Heading into this summer, he is hoping to be part of at least one of the two major tournaments in either the Nation’s League or the Gold Cup.

“With Luca, he has been in and around a few times before,” Veteran U.S. defender Matt Miazga said. “I know he's having a good season in the Eredivisie and that is a good league, especially for attacking players. If you're performing well there, you're going to potentially get a move from there afterwards. That stakes your claim as a progression as a player. He's come into camp and has done really well. He's confident and we all know his qualities. He was able to show them in the game. I think he's impressed a lot of people. I am happy for him. The more competition, the better.” 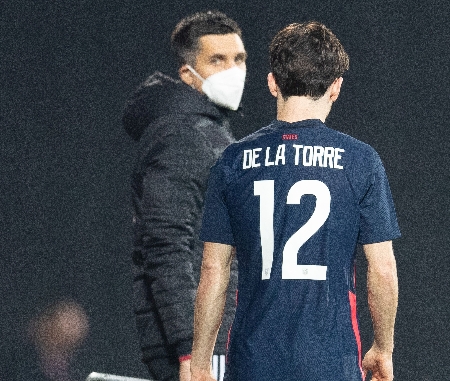 The competition will be intense for de la Torre moving forward at either the No. 8 or No. 10 positions. Weston McKennie obviously one of the starters at the No. 8 position but there is also Yunus Musah, Sebastian Lletget, Brenden Aaronson and plenty of other young players starting to emerge. De la Torre is now firmly in that mix and states that the competition is “the way it should be and I think that's really good.”

As for now, things are on the upswing right now for de la Torre for both club and country. He has firm goals to shoot for with Heracles and their push to be in Europe next year and with the U.S. national team to be part of the first-choice roster World Cup qualifying. Regarding the latter, he is quite bullish.

“It's a group of mostly really young guys that are really good,” de la Torre said. “When you have that, you have guys that can play without fear and really just go out and try to win games. The mood seems to be good and also winning those two matches. It's a good feeling as well.”