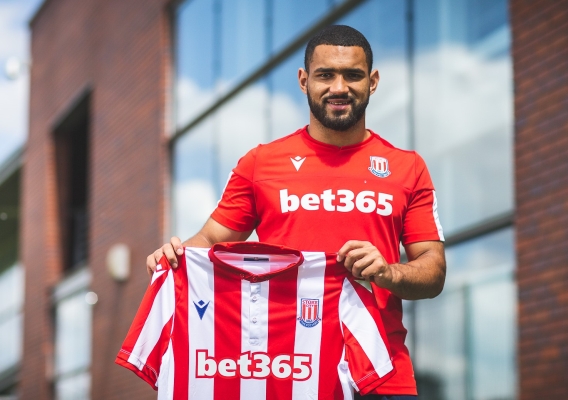 ASN's Brian Sciaretta is here to look at how the trade and transfer deadlines were a few Americans as well as a take on the big influx of young South American talent in MLS recently.
BY Brian Sciaretta Posted
August 08, 2019
11:00 AM
THE VARIOUS trade deadlines and transfer rumors, there was naturally a lot of new that affected American players or MLS teams. Some of it was good, some of it was bad.

Here is a rundown of the top stories in a flurry of activity.


United States national team and U.S. U-23 central defender Cameron Carter-Vickers, 21, joined Stoke City on Thursday for a season-long loan. It will be his fourth different loan to a Championship team from Tottenham and this loan will likely include an option to buy as Tottenham reportedly were trying to sell Carter-Vickers this summer.

Carter-Vickers has found playing time in each of his loans and there will be a need for him due to a gruesome injury suffered by Stoke defender Ryan Shawcross.

“Cameron’s arrival strengthens our central defensive resources which is something we made a priority after Ryan Shawcross suffered his unfortunate injury,” manager Nathan Jones said.

This is a smart deal for Stoke as they went out and get someone who is both a known and reliable performer in its league and a player who is young who can still develop.

As for Carter-Vickers, this will only be a step up for him if he can participate in a promotional hunt for Stoke. With his previous loans, he has been comfortably in midtable. It is still a high standard and a 21-year-old defender with 5128 minutes in the Championship is off to a successful star to his career. But hopefully this season will give him the opportunity to show he is capable of more.


Montreal Impact and United States national team left back Daniel Lovitz, 27, is currently in the final year of his deal with Montreal but he might have some options as to where next to take his career. ASN has heard that three Israeli Premier League teams have varying levels of interest in Lovitz, although no offers have been made. The teams are Beitar Jerusalem, Maccabi Haifa, Maccabi Tel Aviv. If Lovitz does get an offer and signs, it would likely be after the completion of the MLS season.

In the Israeli Premier League, Lovitz would be considered a domestic player due to his Jewish heritage.


American winger Joe Gyau will return home and continue his career with FC Cincinnati. He was previously with MSV Duisburg which was relegated from the 2.Bundesliga last season.

Gyau will turn 27 next month and has struggled throughout his career. A 2014 knee injury while playing for the United States national team derailed his career for multiple seasons. To date, he has surpassed 1000 minutes per season at the professional level just once in his career and that came in 2017/2018 when he played over 2500 minutes for SG Sonnenhof Grossaspac in the 3.Liga.

Last season, Gyau played just 771 minutes for Duisburg but his best performances came late in the season after the club’s relegation had been sealed. But Gyau was a surprise call-up to the national team for a pre-Gold Cup camp and earned his third ever cap when he came on as substitute in a 1-0 loss to Jamaica.


One American in Europe who had a bad transfer window was Andrija Novakovich. Novakovich, 22, didn’t move anywhere but Reading FC brought two more forwards at the deadline in George Puscas and Lucas Joao.

Now, the Championship is a brutal season with 46 games plus two cup competitions. Depth is needed to compete. But after making a late-game cameo in the opener, it doesn’t seem like he was high up on the depth chart to begin with. These moves don’t seem to bode well for him.


The deadline in MLS was highlighted by the influx of several prominent South American players – both young and in their prime – especially with reports that LAFC has signed the incredibly talented Ecuadorian fullback Diego Palacios.

If true, these are just some of the South American names which have joined the league over the past week.


It’s certainly an impressive list and ones that suggest the league is continuing to have an approach of being part of the link in a chain that gets South American players to Europe. It’s a healthy approach too because the more Miguel Almiron-types, the better. The fewer near retirement-types, the better.

But having these players in the league is also great for the crop of young American players who are also playing in the league. It makes the league more competitive and it sets the bar higher for the young players arriving here.

Pavon’s situation is particularly interesting because he is coming to the Galaxy with the attempt of getting his career back on track. Mired in a poor run of form, he will now be playing under former Boca manager Guillermo Barros Schelotto.

But overall, it has been a very encouraging period for the league and its fans.