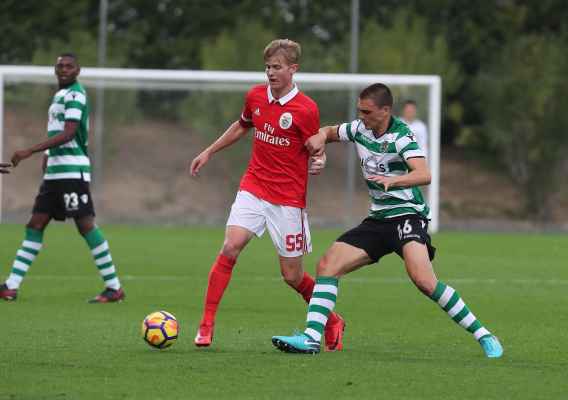 Even with the U.S. team out of the World Cup, the news continues to roll in for American Soccer from all across the globe. Here's a page of the ASN notebook for Thursday.
BY Brian Sciaretta Posted
April 12, 2018
2:55 AM
THE MAJOR STORIES in American soccer are known. The European season is winding down, the MLS season is winding up, Toronto FC is in the CCL final, and the U.S. national team is still without a coach and general manager.

Everything right now seems to revolving around those major points. Obviously there are some impressive stories within those topics. Tim Ream and Fulham are aiming for promotion and several other Americans like Christian Pulsiic, Weston McKennie, and Timothy Chandler are pushing for spots in the Champions League.

For a down period for American soccer, it’s a pretty active time. Here are some news stories to keep your Thursday rolling.

- A new ASN 100 is coming soon. Hopefully early next week.

- Watching the New York City FC – Real Salt Lake game on Wednesday night was difficult. New York City blew out RSL 4-0 but the game wasn’t even that close. The talent gap between the two is wide but RSL coach Mike Petke has a huge project in front of him. It is admirable that he plays young players but getting them to compete will be a huge challenge. RSL is usually pretty good at home at altitude but the playoffs seem a long ways off.

- It has been known that young American central midfielder Keaton Parks was going to be with Benfica’s first team for preseason this summer. It was also announced that the club will be part of the annual International Champions Cup which is a preseason tournament featuring huge clubs.


The second round of clubs that will be participating in the #ICC2018 have been revealed! ?????@acmilan | @Arsenal | @SLBenfica | @ChelseaFC | @inter

Another round of clubs to be revealed tomorrow. Who's next????? pic.twitter.com/NXQoiOxDYw

- American attacker Duane Holmes has had a nice year for third tier Scunthorpe United in England. The Georgia native has seven goals and three assists in 40 games for Scunthorpe which sits in ninth place. He recently won a fan-club award.


Congrats @DuaneHolmes on winning the Irish Iron SC Player of the Season Award. We look forward to meeting you after the Bradford game at Glanford Park to present you with your Crystal Award and Whiskey! UTI! @SUFCOfficial pic.twitter.com/f1sm4UfaWM

- The U.S. U-20 team had a camp last month in Europe as head coach Tab Ramos continues to put together his team for the 2019 cycle. Last month it was announced that the 2019 U-20 World Cup was going to be hosted in Poland with the U-17 World Cup taking place in Peru. FIFA also decided to keep both tournaments despite heavy interest in scrapping both World Cups in favor of an annual U-18 or U-19 World Cup.

One bit of news that ASN is hearing is that there is a possibility for U-20 World Cup qualifying to take place in the United States. Possibly in Florida. Stay tuned.