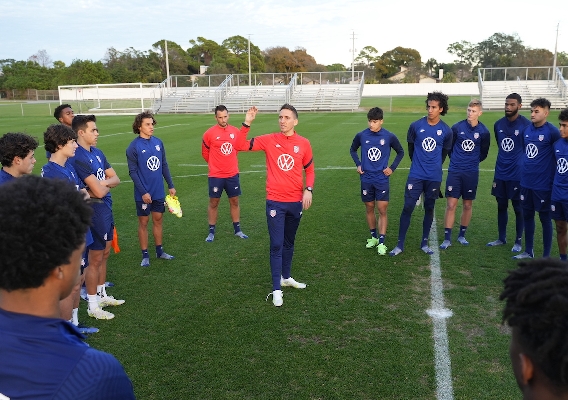 Breaking down the U.S. U-20 roster for the Revelations Cup

ASN's Brian Sciaretta breaks down the U.S. U-20 roster for the Revelations Cup and looks at how he sees the roster progressing after the team's successful summer where it won the CONCACAF U-20 Championships to book a spot in the 2023 U-20 World Cup and the 2024 Olympics.
BY Brian Sciaretta Posted
September 19, 2022
6:00 AM

UNITED STATES U-20 national team head coach Mikey Varas today announced his roster for the upcoming Revelations Cup tournament in Mexico. This is the same tournament which kicked off the cycle last November just days after he was hired as the team’s head coach. This marks the team’s first time together since winning the 2022 CONCACAF U-20 title in June to qualify for both the 2023 U-20 World Cup and the 2024 Olympics.

At this year’s edition, the U.S. U-20 team will face Peru, Mexico, and Paraguay. It is a slight step down from last year when they faced Mexico, Brazil, and Colombia.

But this team should be a lot more prepared as it comes during the season for all players and 14 of the 20 players on the roster were part of the team that won the CONCACAF title. The chemistry should be clearly there.

Here is the schedule, the roster, followed by a few thoughts. 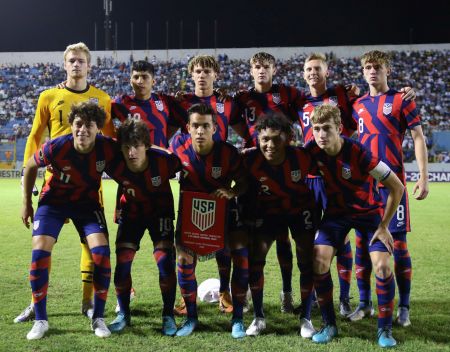 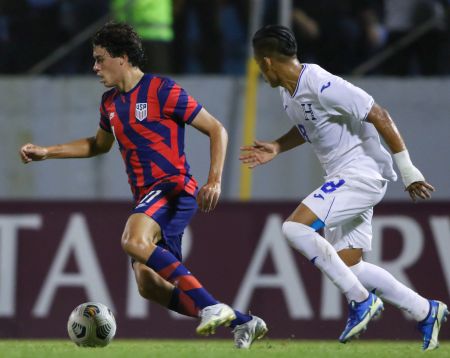 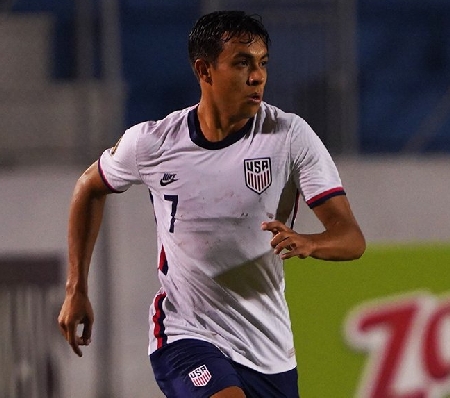 If the U.S. U-20 team impressed at the CONCACAF U-20 Championships this summer, this roster is even better. Just about the entire core of the team will return plus some key additions.

Who are the additions?

Kevin Paredes: The most important addition to this U.S. U-20 team. The former DC United homegrown winger is now finally getting minutes at Wolfsburg and he is playing his natural winger position as opposed to left back. The fact that this U.S. team has added natural left backs in Gomez and Wiley to the roster means that Paredes is going to play winger.

Caleb Wiley: Wiley is another important addition to this team, and he is coming off a season with Atlanta where he is getting regular minutes despite being a late 2004-born player (he is only days away from being eligible for the 2025 cycle). In Atlanta, he is playing both left back and wingback and is showing himself to be a key prospect. Wiley’s addition also shows what might be a softening stance from Atlanta in releasing players for youth national team duty. 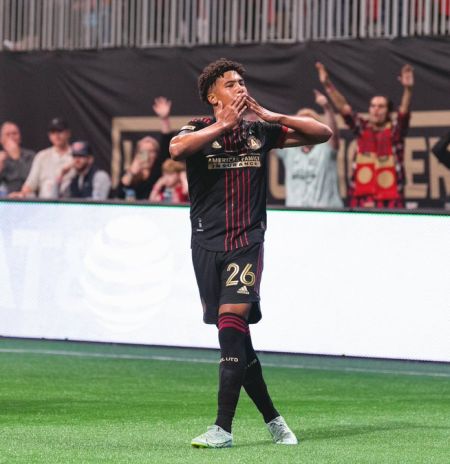 Jonathan Gomez: is an addition that will surely excite the fans given his back and forth with representing Mexico. It remains to be seen if he is better than Wiley, but this will give Varas a chance to observe both side by side. It’s certainly good to have two left backs in the player pool.

Brian Gutierrez: The Chicago winger was not released this summer for the CONCACAF championships and he will have a tough road ahead to make the U.S. U-20 team with everyone available Cade Cowell and Niko Tsakiris were requested but not released for this camp. But Varas likes Gutierrez gives the team options in the attack and they have to be creative in the attack given the lack of No. 9 options.

Justin Che: Once Che was considered a top prospect for this age group but 2022 has been a really tough year for him. He has struggled to fit in at Hoffenheim and he was looking for new clubs this summer, but nothing materialized. His athleticism is top notch but needs work on his defensive positioning and awareness. He is probably going to be asked to play right back in this camp as a backup to Cuevas. 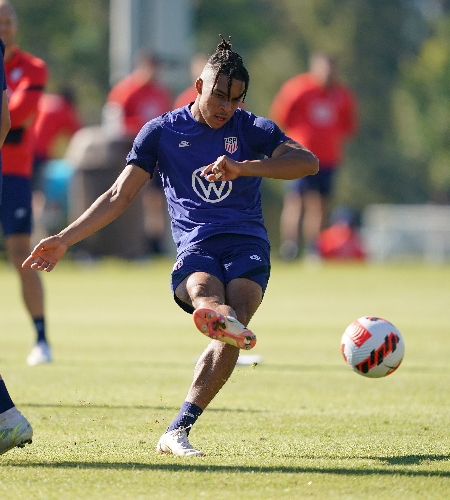 Alexander Borto: The Fulham based youth goalkeeper will get a look in this camp although Gaga Slonina is probably the frontrunner to start next summer at the U-20 World Cup and he is yet to play with this team since the start of the cycle.

The No. 9 is still lacking

While Cade Cowell wasn’t released, this roster consists of several key upgrades in the wide positions. They now have two left backs who should be able to push forward into the attack. Then on the wings, you have Kevin Paredes who is the best wide player in the U.S. U-20 player pool.

I also have questions how the team will continue to push forward without a true No. 9. At qualifying, Varas had Paxten Aaronson play as a false nine sometimes. Other times he moved Caden Clark, Cade Cowell, or even Tyler Wolff up top. 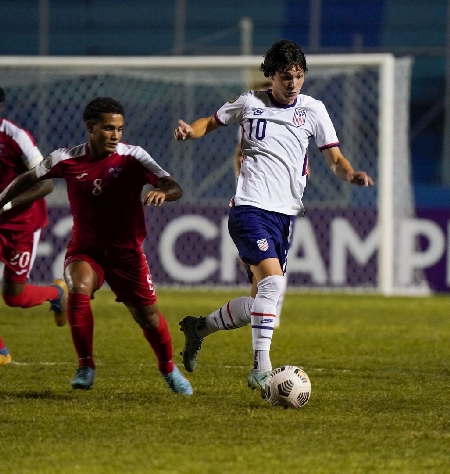 No No. 9 has emerged since then so it will be more of the same. Gutierrez is now an option but I suspect we will still see Aaronson and Clark in those roles too. It is frustrating for Varas that the team is getting better out wide but there are no solutions at the No. 9.

During qualifying, it was clear that there were some budding positional battles that would continue through 2022 and into the lead up to the 2023 U-20 World Cup.

Here are some that I see.

Central defense: Varas rotated three central defenders at the CONCACAF Championships: Jalen Neal, Brandon Craig, and Marcus Ferkranus. It was a steady rotation and there was no top pairing. But keep an eye on Josh Wynder who is among the very top 2005-born (eligible for the next U-20 cycle) players Wynder is currently with the U.S. U-19’s in Europe. He is gaining in stature fast and should be making a push for this U-20 team very soon. It will likely come at the expense of Craig, Neal, or Ferkranus.

Left back: At qualifying, Noah Allen was the only true left back (Cuevas out of position was the backup). With Allen downshifted to the U.S. U-19 team, that sets up a competition for what most think is a key positional battle: Wiley or Gomez for left back. The fans probably think Gomez but I think Wiley has a very good chance to emerge as the team’s top left back. 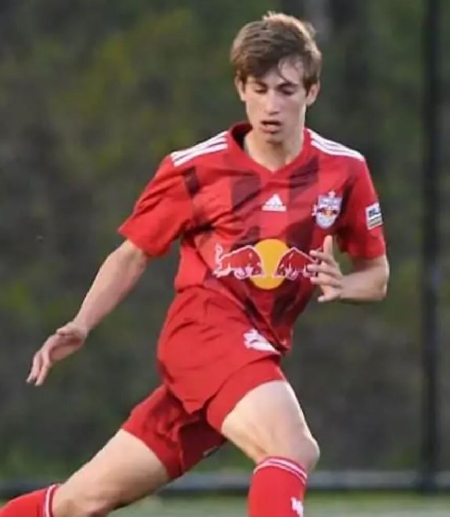 Defensive midfield: This was a very close call during the CONCACAF Championship. Both Dan Edelman and Rokas Pukstas were rotating, and both were playing well. But Edelman probably has an edge here as his form has really taken off for the New York Red Bulls and he has been starting regularly the past six to eight weeks. He was also the co-captain of the U-20 team this summer. Pukastas had to fight through injuries and playing time has been inconsistent in Croatia. The issue for both these players is that once Obed Vargas returns to health (probably now in 2023) he is going to compete for a spot.

Like most youth teams, form is critical as some players can skyrocket and other can fade quickly – sometimes they can fade out of the professional ranks altogether. Here are some notes on the players who are in the best form – making them players to watch.

Jack McGlynn: Of the four Union players on the team, most of the attention went to Paxten Aaronson who was both the Golden Boot winner and the tournament’s MVP at the CONCACAF Championships. Quinn Sullivan was part of nine goals with six goals and three assists (a tournament high). But Jack McGlynn is in the best form out of anyone on this roster. The central midfielder has put in some very impressive performances this summer for a Union team that might be the best in the league. 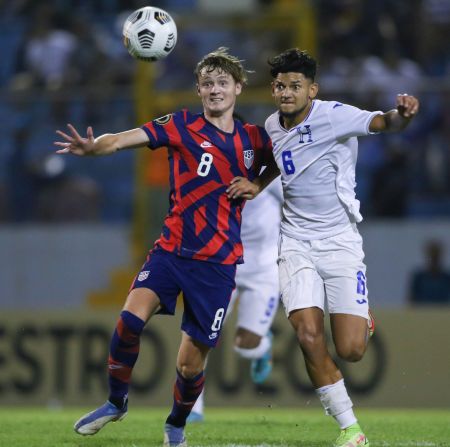 Caleb Wiley: Atlanta United is now in an improved position to make the playoffs when it seemed impossible for most of the summer. Wiley has playing significant minutes during that climb and looks to take a big role on this team.

Kevin Paredes: Has finally started to get regular bench minutes for Wolfsburg and he is lively and sometimes effective in this role. It seems like his first Bundesliga start is approaching. He should give the U.S. U-20 team width options and an even more feistiness in the press and on defense. He is a very important addition and hopefully for Varas, Wolfsburg will continue to cooperate in his release.