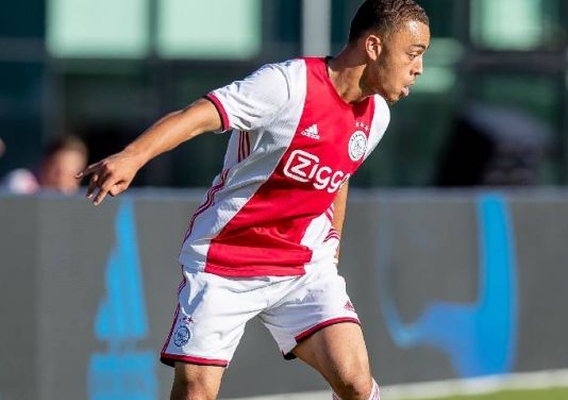 Battles at the top of tables, both domestic and abroad, highlight weekend

You don't have to look far for quality games this weekend. Throughout Europe and here in the United States, American players (and now a coach) will be involved in games among league leaders. ASN's Brian Sciaretta previews in detail the 10 best games this weekend from an American perspective.
BY Brian Sciaretta Posted
September 20, 2019
10:00 AM
THE UPCOMING three days is going to provide American fans with a lot of good games to follow across multiple leagues across the globe. Even with key players still injured, the amount of compelling involving American players or American teams should make for a fun weekend.

The reason is that so many games will involve league leaders. In MLS, Western leaders Los Angeles FC will host several U.S. national team regulars in Toronto. The Eastern leaders, New York City FC, will take on an FC Dallas team loaded with numerous American prospects.

In the Eredivisie, Sergino Dest and leaders Ajax will take on second place PSV. In the Championship, Duane Holmes and Derby will visit the leaders in Leeds. In the Premier League, Christian Pulisic and Chelsea will take on leaders Liverpool. In the Bundesliga, Josh Sargent and Werder Bremen will host leaders RB Leipzig. In Austria, Jesse Marsch and his leading Red Bull Sazburg will have a test with third place LASK. In the 2.Bundesliga, Julian Green and Greuther Furth will visit leaders VfB Stuttgart.

So this weekend features an unusually high number of Americans involved in games that feature a team currently atop its respective table.

It’s hard to come up with the 10 best games from an American perspective, but here is ASN’s best shot.


Sergino Dest, 18, is a U.S. international – at least for now. And what he has done the past two months has been exceptional. He has broken into Ajax’s starting lineup while playing right and left back where he has featured in Eredivisie games and Champions League games. Midweek, he started in Ajax’s 3-0 win over Lille.

Sunday will be his greatest challenge when Ajax visits PSV Eindhoven. Ajax leads the league right now but PSV trails only on goal differential. These are the only two teams with a chance at winning the Eredivisie this year and not much separates the two clubs. When they play each other, a lot is at stake and Ajax’s defense will likely face the most pressure it has been under so far this season. Dest will certainly be tested defensively and if Ajax wants to get forward, Dest could be useful off the counter attacks.


Los Angeles will be the site of a Bradley family reunion when Bob Bradley’s LAFC hosts a Toronto team that is captained by his son Michael. With the elder Bradley the former national team coach and the younger still a midfielder with the national team, it is an interesting look at two faces who have played an enormous role in the team over the past 15 years. In addition, Jozy Altidore remains the U.S. team’s starting forward and LAFC’s Walker Zimmerman is one of Gregg Berhalter’s central defenders.

But the team isn’t just a national team showcase for both past and present. It is a highly relevant game in the standings. LAFC is running away with the Supporters Shield but has not won in four games. Carlos Vela returned from injury to play in last weekend’s 1-1 draw in Philadelphia. But a return to Los Angeles should give LAFC an added boost.

Toronto has climbed from out of the playoff positions and into fourth place by virtue of a seven-game undefeated run in MLS. But Toronto hasn’t won a game against a playoff-caliber team in that span. So this is a massive step up for Toronto – which could be overtaken by DC United and the Red Bulls this weekend. In addition, Toronto lost a 1-0 decision midweek to Montreal in the Canadian Championship. So, the undefeated run in MLS is a little misleading. A win on Saturday, however, would indicate Toronto is a more serious threat.


This game in New Jersey will feature two regional rivals who have momentum and are looking for an improved playoff position.

The Red Bulls were in a brutal three game losing streak but had perhaps their best win of the season in a 2-0 away win over Portland. The Red Bulls are now currently in sixth but could leapfrog DC United and Toronto into fourth with a win. The Red Bulls’ defense has underachieved this year but there is still a lot of talent on the backline. That unit was the difference against Portland and if it can carry that momentum into Sunday, the Red Bulls have a shot.

Philadelphia is the favorite in this game and hung on for an impressive 1-1 draw last weekend against LAFC. For this game, Marco Fabian will return from an internal suspension and that should only increase Philly’s chances. Last game against LAFC, the Union were impressive defensively and recent U.S. U-20 captain Mark McKenzie had the best game of his career. It will be asking a lot for him to continue at that level, but he has the talent. Also, Union teenage attacking midfielder Brendan Aaronson will get a chance to play in his home state and he is also playing well after having a strong camp with the U.S. U-23s.


After a quad injury forced Duane Holmes to miss the Gold Cup, miss preseason with Derby, and miss the start of the Championship season, the Georgia-born attacker is finally back. Last weekend Holmes made his first Championship start of the season and played well in a 1-1 draw against Cardiff City. But if Derby wants to have any chance on Saturday, Holmes will have to play even better.

In his way will be Championship leading Leeds United – which is a club expected to contend for one of the automatic promotional spots this season. Leeds has risen to the top of the table by virtue of its defense – which as conceded just three goals from seven games. It’ll be tough for Derby to find a breakthrough and it will be both a challenge and an opportunity for Holmes.


Atlanta’s season hasn’t been as smooth under Frank de Boer but a win on Saturday combined with a Red Bull result at home vs. Philadelphia will move it into second place in the Eastern Conference. More importantly, it is playing far better than it was in the first half of the season.

Josef Martinez is an unstoppable force and is worth watching by himself. His two goals on Wednesday saw him extend his streak to 15 league games with a goal. During those 15 games, he has 21 goals. It's one of the most astonishing runs by a forward on American soil.

But American fans will also be sure to catch U.S. national team defender Miles Robinson who has flourished this season under de Boer. Robinson could end up being the U.S. U-23 team’s starter and San Jose’s Jackson Yueill could also be a starter for that team as well.

San Jose was once heralded for its turnaround from a historically bad 2018 season. But the team has been drifting back to reality in recent weeks. A loss to Atlanta combined with wins by Portland and Dallas will see it fall outside the playoff positions. It’s asking a lot of San Jose to leave Atlanta with three points but one that could save its season.


Coached by former U.S. national team forward David Wagner, Schalke is starting to find its feet this season with six points from its last two games against the two last-place teams in Bundesliga at the moment – Hertha and Paderborn. On Friday, the team will look to continue its bottom-feeding rise to the top when it hosts the team currently third from the bottom – Mainz 05.

In last week’s 5-1 win over Paderborn, Weston Mckennie came off the bench as he had returned from international duty in the United States. A start in central midfield against Mainz is likely as McKennie played well last weekend.

For a team rebounding from a disappointing 2018/19 season with a new coach, these early games against poor teams is a perfect way to build confidence. For McKennie, it is also an important time to cement his role in the lineup as last year he was moved from position to position and, as a result, was never able to get into a positive rhythm.


It is far from certain that U.S. national team playmaker Christian Pulisic will play in this game. The Hershey native has had a rocky start to his first English season. He didn’t play in last weekend’s 5-2 win over Wolves and didn’t feature in the midweek 1-0 loss to Valencia in the Champions League. But that loss might force Lampard into some squad rotation.

Watching these Premier League heavyweights is always great entertainment and Chelsea is looking to make some sort of statement that it is among the Premier League’s best teams. A win over Liverpool would certainly do the trick and it would ease pressure a little bit on Frank Lampard. If Pulisic does get on the field, it will mark yet another important big opportunity for him. Eventually he will have to deliver as Chelsea spent a fortune for a young player that was going to help win big games, such as these.


Josh Sargent may or may not start this game for Werder Bremen, but he will likely play. The St. Louis native has featured in the last to Werder Bremen games – which were both wins. He started just before the international window where he scored a goalazo in a 2-1 win over Augsburg. Then last weekend, he came off the bench and was decent in a 2-1 win over Union Berlin on the road.

This game is a completely different level for Werder Bremen as RB Leipzig is currently atop the Bundesliga table and is firing on all cylinders after a 2-1 road midweek win over Benfica in the Champions League. Leipzig is heavily favored in this game but perhaps Werder can catch its opponents sleeping. If Sargent wants to make a name for himself and ensure a nice run where he will earn a lot of minutes, performing well in these types of games are a perfect stage.


Jesse Marsch is perhaps the best story in American soccer right now. As the only American born/raised coach in a top flight European league, Marsch became the first American to manage in the Champions League when his Red Bull Salzburg team thumped Genk 6-2. But Salzburg is beating everyone by heavy margins these days. In the nine games under Marsch in all competitions, Salzburg has won every game by a combined 47-9 margin.

This game could be a “trap game” that could be a challenge for a Salzburg team coming off such an emotional win. LASK is one of the better teams in Austria as it currently sits in third place. Playing on the road will only make it more difficult. It will be up to Marsch to make sure his team doesn’t suffer a letdown.


One of the more surprising stories of the new Argentine Primera season has been the strong start of Arsenal de Sarandi. After recently earning promotion, Arsenal is in fourth place with 12 points through six games.

2015 U.S. U-20 World Cup midfielder Joel Sonora is one of 10 players tied for the Primera’s scoring lead with three goals through six games. He came off the bench last weekend and scored in stoppage time during a 4-1 win over Union.

Arsenal’s rise has mostly been taking advantage of wins over lower-half table opponents and while Racing Club is only mid-table at 12th place, it has won its last two games.

Having an American play in the top South American leagues like Brazil and Argentina is rare and Sonora’s early season success makes him very unique.