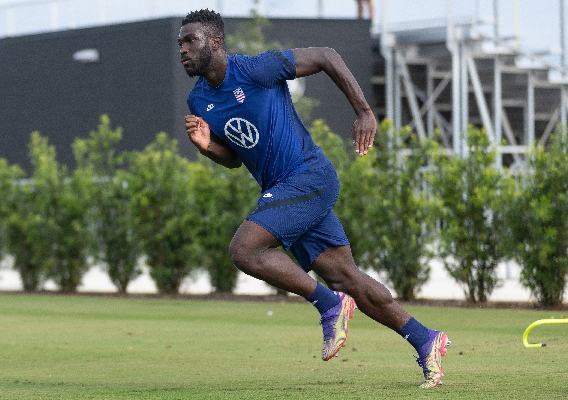 Daryl Dike is one of the more intriguing players on either the U.S. U-23 or senior team roster in Florida because the forward's athleticism could make him tough to stop. But Dike is quick to point out he has many other elements in his game to become a well-rounded player. ASN's Brian Sciaretta spoke with the Oklahoma native about his 2020 season and what awaits in 2021.
BY Brian Sciaretta Posted
January 11, 2021
2:05 AM

WHILE 2020 WAS a year to forget for most people, many young American soccer players used the year to boost their careers and showcase themselves well. This was true in both Europe, South American, and here on the domestic front. In MLS, Orlando City made a statement that it was one of the best teams in the league and its success is reflected by having four players assembled in Florida with either the U.S. national team or U.S. U-23 teams.

Among that group, Edmond, Oklahoma-born Daryl Dike, 20, is one of the most anticipated players on the rosters. After completing one season at the University of Virginia, Dike entered the league via the 2020 SuperDraft where he was selected fifth by Orlando. Almost immediately, be contributed to the club’s first team and the powerful forward enjoyed a standout first season where he started 15 games for Orlando – scoring eight goals and notching four assists in 1224 minutes.

“This was a big step in my life - moving from U.VA to Orlando and taking a big step for my career. I grew up as a human being and I developed so much as a player. Especially with how it was with COVID, it creates more obstacles and things that you probably would never have expected to have to deal with in life. It all helped build my character. It pushed me to have to mature a little bit and think about things differently.”

But it was also his frame too that made him far different than others in the league. At 6'2", 220 pounds, Dike is one of the physically strongest forwards in the league. But when he got to Orlando, one of the objectives from Oscar Pareja and the coaching staff was to strike a balance of adding other elements to his game while also ensuring he can maximize his physical size and strength. 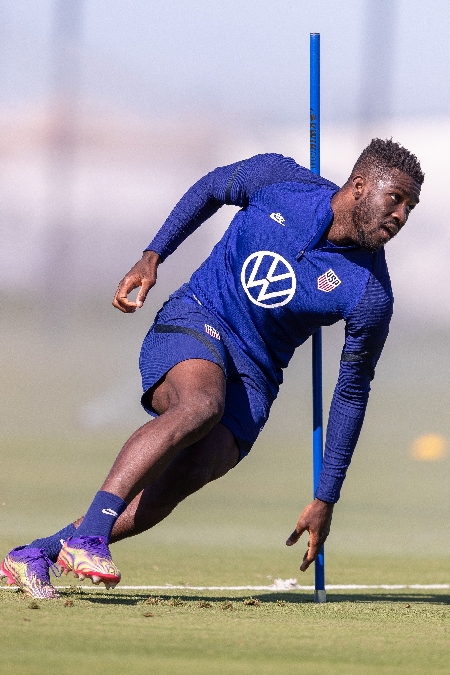 The adjustment was a process and that was made harder due to the disjointed schedule. But by the end of the season, Dike made huge strides.

“I think obviously looking at me, people say - a hold-up striker, a big guy, he uses his body, he's athletic,” Dike explained.  “For me, I am a bigger player. I like to use my athleticism. I like to use my size when I play. I think that was one of the many things the coaches had me do - tweak my brain to not only enhance that, but add other things, the technical side, the vision. The coaches have definitely done a good job at helping me add elements to my game.”

In December, Dike was called up to the United States national team for the first time at any level. After a few days, a minor injured forced him out of camp before the friendly against El Salvador but during camp, head coach Gregg Berhalter expressed an interest in Dike.

The forward pool’s growth in 2020 and into 2021 has been an important development for the U.S. team. In addition to existing options such as Josh Sargent, Jozy Altidore, and Gyasi Zardes, other options emerged. In Europe, Nicholas Gioacchini and Sebastian Soto scored two goals in a November friendly against Panama. Haji Wright is among the leading scorers in Denmark. Matthew Hoppe recently scored a hat trick for Schalke. Domestically, other American forwards also had strong seasons such as Jeremy Ebobisse at Portland and Ayo Akinola at Toronto.

But as Berhalter said in December, Dike adds a different approach to the forward position in the way he plays.

Daryl Dike rookie season is eye opening: 7 goals & 4 assists in just 1088 minutes at the time of this goal. I’m impressed with him. He has a combination of skill but also size, strength, & mobility that I think will give him Euro options. Nigeria or USA? pic.twitter.com/ZH4Hxo8w8Z

“In terms of Daryl, we would most likely use the forward position in a different way if he was on the field because he is such a physical presence,” Berhalter said. “He's a guy you need to get the ball to... I can imagine that when he's on the field, we would look to get him the ball in the penalty box more - either back to goal or on the crosses to draw in defenders and perhaps lay off or take them on himself.”

Now heading into 2021, Dike has a full schedule and opportunities among many different fronts. Internationally, Dike is trying to build his case to be part of the national team’s future and his first cap could come this month when several players on the U.S. U-23 team will get promoted to the full national team. 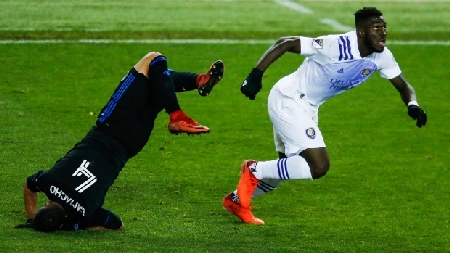 But there is also the Olympics and Dike seems to be in a good position to be part of the team’s qualifying effort as it will look to book a spot in the tournament for the first time since 2008. Based on his time in December, Dike is looking forward to the international opportunities that await.

“It was a great experience overall,” Dike recalled of the December camp. “Obviously, when you're younger, you dream about playing for a national team, you dream about the World Cups, these big competitions. And it's a big honor to represent a country. And when I got the call, I was ecstatic. It's something that you've been working for your entire life.”

On the club front, 2021 will be an important year for Dike to avoid a sophomore slump and show continued growth. Expectations are high in Orlando, as the club made huge strides under Oscar Pareja and the Colombian will now have another year to build.

The expectations among the players are for a deeper playoff run and to be in contention to win the league next year. And success in Orlando could add to transfer interest with Dike and Club Brugge was already reportedly interested. 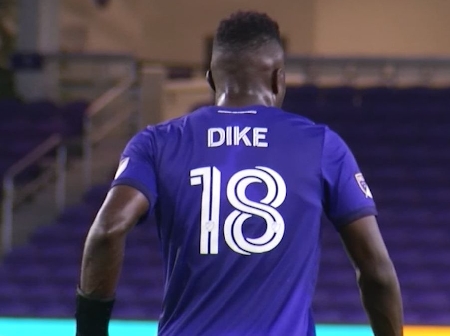 At the core of Dike’s success and core of his development throughout his life is his family. It stemmed from his Nigerian parents who were both knowledgeable in the game. His brother, Bright Dike, was a former college standout and MLS player who played for Nigeria’s national team. His younger sister represented Nigeria at the women’s World Cup. His older sisters played the game at a high level as well.

“We think that he’s a top striker in the country.”

A year ago today, Orlando City drafted Daryl Dike. Things only got better from there. https://t.co/Gak343pZFQ

Dike insists that this type family gave him a huge advantage growing up and it still continues to help him. When he was young, it gave him role models as well as people who could give him useful advice. When asked about playing for Nigeria like his siblings, Dike was coy (“I think either nationality, they both would be great” while adding he had a great experience with the U.S. team) but was adamant about how important his family was in getting him to this point.

“It's a great environment to have - growing up in a big soccer family, both of my parents know soccer really well,” Dike said. “You walk into the house, you'll see our medals and trophies from all the siblings. We walk in the living room and you'll see Manchester United and Liverpool playing on television. It's just kind of something that's ingrained in your head. It is good to have that support system and people who are knowledgeable about the game to give you tips. And it's good because it pushes you to do better. I think personally, I've been put at a huge advantage... But I also know how phenomenal these people have been. And I know that when I was younger, I used to always look up to them. They were all my idols.”

It has been quite a ride to get Dike to this point and while 2020 opened doors for him, 2021 could see him take important steps in many different areas. The start of January camp this week could be the first of many.