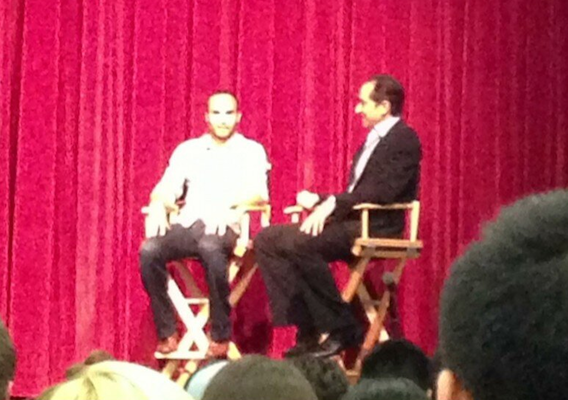 In one of the weirdest athlete-world interactions, Landon Donovan shows up at a USC class to discuss his past (a lot of work), his present (Cambodia!), and his future (the national team?).
BY Noah Davis Posted
February 21, 2013
7:37 AM