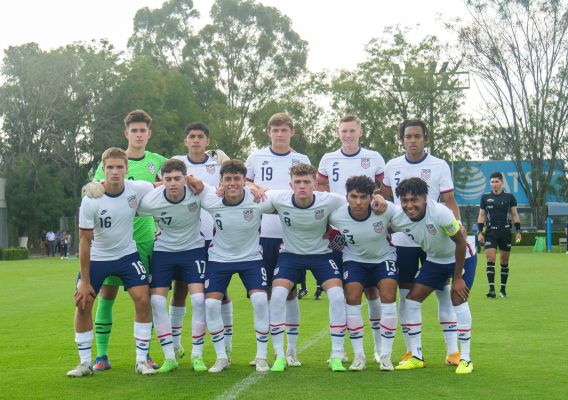 WEDNESDAY WAS an extremely busy day for United States youth national teams as the U.S. U-17, U-19, and U-20 teams were all in action for various tournaments. As with any occasion, it was a good day to learn about the youth set-ups and the performance were generally pretty good.

Here are some takeaways on the day – with an added focus on the U.S. U-20 team given that it is the top U.S. youth national team with players who mostly established professionals and some who could be near the full national team in the coming years.

The United States U-20 team opened its Revelations Cup campaign on Wednesday with a 3-1 win over Peru. It was the team’s first appearances since the successful CONCACAF U-20 Championships in June where the team won the tournament to qualify for both the 2023 U-20 World Cup and the 2024 Olympics.

Head coach Mikey Varas opted to start a lineup that featured many players who were part of this summer’s team. The only starters in this game who were not part of the summer roster were Justin Che in central defense (he also plays as a right back), attacker Brian Gutierrez, left back Jonathan Gomez, and goalkeeper Alexander Borto.

The United States really struggled for the first 30 minutes of this game. There was an absence of chemistry in the midfield and the U.S. team was not able to get much of anything going. Peru even took the lead when Jonathan Gomez lost his man on a free kick and a close shot was sent between Borto’s legs and into the goal.

Starting between the 35th and the 40th minutes, the U.S. team came alive and was pinning Peru deep. Peru’s team had no answer and it seemed like only a matter of time before the U.S. team would equalize. 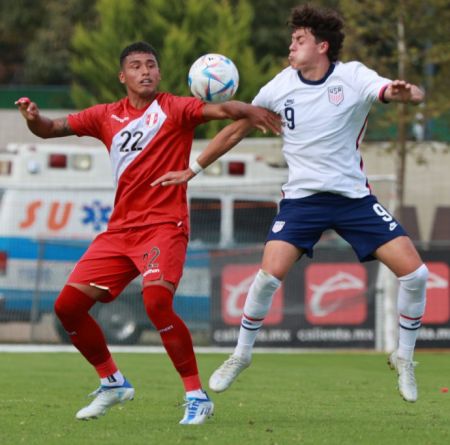 That happened in first half stoppage time when Club Brugge youth right back Marucio Cuevas found himself with a ton of space on the right side. He moved into the box and found Brian Gutierrez making a run. The Chicago Fire attacker calmly put the ball into the back of the net to equalize.

Second half was all U.S.

The second half of the game was all the United States. Building off a solid end to the first half, Peru had no answer. Then when Varas subbed in top players in the second half, it overwhelmed Peru. Paxten Aaronson, Quinn Sullivan, Diego Luna, and Daniel Edelman were just some of those who entered in the second half to stamp out an easy win.

The U.S. team moved ahead when Brandon Craig hit a stellar free kick in the 68th minute that was driven low and inside the left post. Then the final goal came in the 84th minute when Quinn Sullivan made a nice run on a counter attack and then fed Luna inside the box to round out the scoring.

At qualifying, the big story of the U.S. U-20 team was the reliance of the team’s four Philadelphia Union players who combined for 15 goals and six assists. Aaronson was named the best player in the tournament after winning the golden boot with seven goals. Sullivan contributed directly to the most goals – scoring six and assisting on three. McGlynn, a deeper midfielder, scored twice, and central defender Craig was the main free kick taker and he notched two assists. 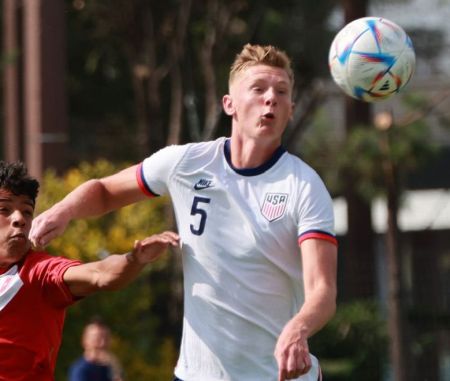 This game saw that trend continue. Craig’s free kick goal saw the U.S. team move in front for good. Sullivan’s impressive counterattack run late in the game saw him assist to Luna. Aaronson didn’t have a goal or an assist, but he was dangerous since subbing on.

McGlynn was the lone Philadelphia player who struggled in this game and that runs contrary to the expectations heading into camp. McGlynn is playing the most with Philadelphia’s surging first team and he has done well. Part of McGlynn’s struggles were also due to the struggles of the other two midfielder Alejandro Alvarado and Rokas Pukstas, who both had subpar games.

The United States will next take on Mexico on Saturday night (7pm EST) and, based on the lineup selected for Peru, Varas looks to be really aiming to get a win against Mexico in Mexico. This Mexican team failed at the CONCACAF Championships. Despite playing well in the group stages and the first two knockout games, Mexico was stunned in the quarterfinals after falling to Guatemala on penalties after a 1-1 draw over 120 minutes.

That loss eliminated Mexico from qualifying for the U-20 World Cup or the Olympics, but it would be a mistake to look at this Mexico team as not good. They played a poor game which was somewhat like the effort the U.S. had in that tournament where they drew to Canada in the group stages. 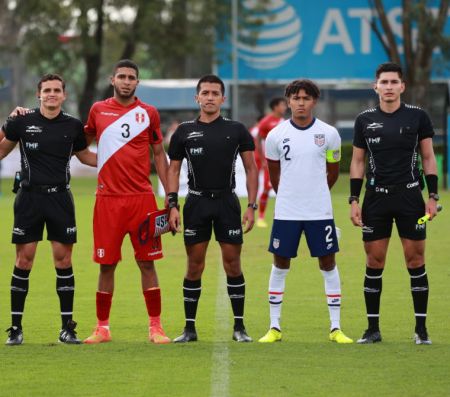 Varas wants to make a statement against Mexico. That is why he didn’t start Aaronson or Sullivan who have been the team’s top two offensive players all cycle. He also didn’t even substitute Kevin Paredes into the game and Paredes is starting to make inroads into regular Bundesliga minutes with Wolfsburg.

In the defensive midfield, Daniel Edelman didn’t start vs. Peru and his form entering into camp is sky high after a good summer with the New York Red Bulls. Edelman is one of the team’s co-captains so it is clear that Varas values him.

It a manner that was similar to the U.S. U-20 team, the U.S. U-19 opened its Slovenia Nations Cup with a resounding 5-0 win over Malta but only after a sluggish first half. The U.S. team was always better than Malta but the intensity was only raised after halftime.

U.S. U-19 head coach Marko Mitrovi? rolled with a starting lineup that had many players who have been involved in the U.S. youth system.

The lone goal of the first half came in the 16th minute when Seattle Sounders midfielder Reed Baker-Whiting took a pass from the right side delivered by Esmir Bajraktarevic deep inside the box. Baker-Whiting poked a soft shot into the net.

The U.S. took a 1-0 lead into the break after failing to covert a number of chances. That changed dramatically in the second half as the floodgates opened.

In the 57th minute Esmir Bajraktarevic was trailing on a counter attack an then slammed home a close ranger shot.

Atletico Madrid’s Rodrigo Neri continued his torrid form with the U-19 team from earlier in the year when he banged in goals in the 60th and 68th minutes. His third goal was assisted by Zach Booth and Orlando City’s Favian Loyola assisted on the second.

Neri.. 3-0 US U-19s over Malta pic.twitter.com/OQTKXHLdCe

The final goal was added by Alex Freeman on a second assist from Loyola.

Overall, it was a very good performance from a U.S. U-19 team that simply overmatched and overwhelmed Malta. The U.S. team wasn’t familiar with each other, but once the players got an understanding of each other – the goals started to flow.

I thought Freeman, Bajraktarevic, Neri, and Loyola all had good showings. Bajraktarevic remains a very good prospect for New England, and he even was able to see minutes with the U-20’s earlier this cycle (although he probably will have to wait until next cycle to see more). He’s one of the better 2005-born prospects in the U.S. system. 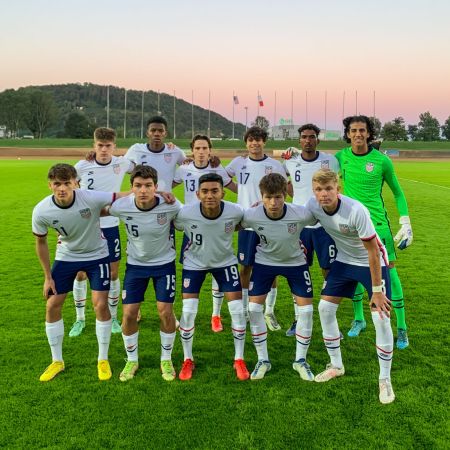 Neri’s goal scoring might get him involved with the U.S. U-20 team. I don’t think there are many U.S. U-20 spots open to dip down into the lower age groups, but Neri is certainly one given his ability to play the No. 9.

Josh Wynder played the second half in central defense and wasn’t tested. He is one of the few players who also might get bumped up to the U-20 level in the remaining camps. He’s one of the top central defense prospects in the youth system since the 2019 U-20 team had Chris Richards and Mark McKenzie.

A much more challenging game awaits on Friday when the U.S. U-19 team takes on Croatia on Friday at 1pm EST. That provide a better evaluation of the players.

The one U.S. youth national team to lose on the day was the U-17 team which dropped a 1-0 decision to Slovakia at the Vaclav Jezek Tournament in the Czech Republic.

The U.S. team did not play poorly and it is important to note that the U.S. is fielding it’s U-17 team (2006-born and younger) at this tournament while the other countries are fielding teams almost entirely of 2005-born players.

As a result, it shouldn’t be surprising that the biggest weakness the U.S. team had in this game was handling Slovakia’s superior physical play. That was most evident on the goal.

The United States team still had its chances. The best one came from LA Galaxy midfielder Paulo Rudisill in the first half when his shot from the left wing missed curling into the left far post. FC Barcelona product Adrian Gill played at right back and had a good game despite normally playing as a midfielder.

But this tournament is a good test for the U.S. U-17 team to work on the defensive side of the game – particularly in the midfield. The opponents in this tournament are all older and stronger. The U.S. team needs to be skilled, which it is, but also learn how to win balls and keep possession when the other team has an edge physically.

The U.S. team faces Germany next on Saturday in what should be yet another big test for Gonzalo Segares’ team.