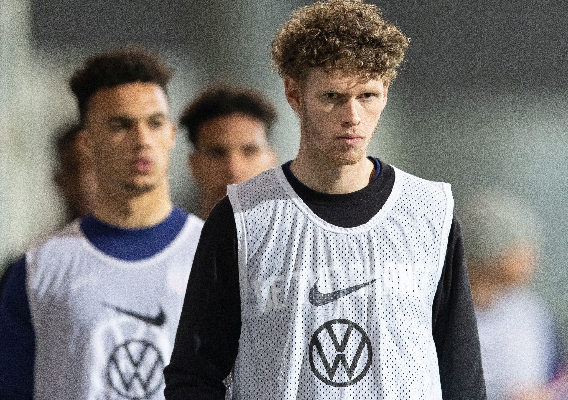 After a rollercoaster year, Cappis finally on the rise in Denmark

While any young player has his ups and downs, few have had a year like Christian Cappis. With relegation, deportation, and the covid shutdown behind him, Cappis is set to join the Superliga leading Brondby this summer while being on Gregg Berhalter's radar. ASN's Brian Sciaretta spoke to Cappis after he returned from USMNT camp after his March call-up.
BY Brian Sciaretta Posted
April 21, 2021
11:00 PM

ASK ANY YOUNG American player trying to make his way in the game in the early stages of his career, there are always ups and downs.It is hard, however, to imagine a young American player in recent times who has been through such extremes, both positive and negative, in a 12-month period as Christian Cappis. His journey over this brief span has been worthy of almost a book.

In that span, the central midfielder from Texas has suffered relegation out of the Danish Superliga, gone through the typical COVID-19 shutdown everyone had to endure, been deported from Denmark due to his club’s handling of his visa paperwork, dealt with murky statements from Hobro staff.

On the flip side, however, Cappis has preserved both on and off the field. He married his fiancé in December, he maintained his starting spot with Hobro in the second tier of Danish soccer, and in January he signed a four-year deal with Brondby that will go into effect this summer. Brondby is currently the Superliga leaders and have a realistic chance of qualifying for the Champions League.

Then to top it off, he was called up to the United States national team in March. While Cappis, 21, was an unused sub in the wins over Jamaica and Northern Ireland, it was another positive step after a difficult 2020.

When asked about if the rollercoaster has changed him for the better, Cappis was optimistic. 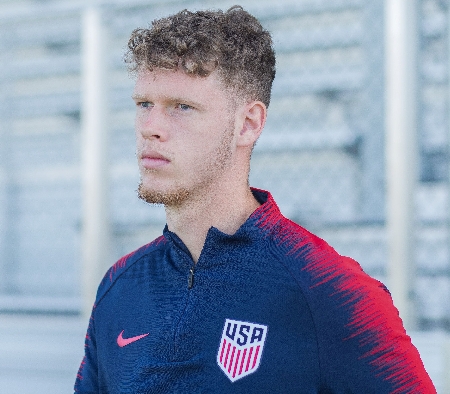 “In a way, yes – actually,” Cappis explained to ASN. “Last season we were relegated. Then there was corona. I came back and had issues with my papers. Brondby then came, and we signed there. Then a couple of weeks later, the national team called - sometimes I sit back and I'm like: what is going on? I try to only focus only on what I can control. I can't control how Brondby is going to finish. I can't totally control if I'm going to the national team. There's a lot of things I've had to realize that I don't control and, in a way, I don't need to worry about them. There are some things that I can control and that's myself - how I play, how I train, my mentality every day. A lot of times that is what I've just had to really focus on while going through those highs and the lows from the last couple of months.”

After his legal issues were resolved and Cappis was able to return to Hobro, life in the second tier of Denmark wasn’t easy. The quality of play was far below the Superliga where he had impressed. While Hobro was relegated, it wasn’t because they were necessarily poor. Only five teams had a worse goal differential in the regular season and nine of the 14 other teams lost more games. Of the 26 regular season games, it drew a staggering 14 times. Through it all, however, Cappis had a strong season and Hobro was reluctant to sell – hoping Cappis would help earn a quick promotion.

But Hobro was never a serious contender for promotion and, with deportation, Cappis missed a large part of the first half of the season. When January rolled around, all sides were looking to make a move. Brondby arrived at the last minute and it turned out to be a dream move.

For the first time in a year, things were now trending up for Cappis. 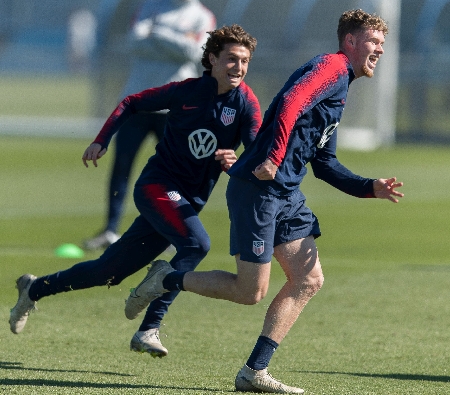 “We came down to the last couple of days and nothing was going on,” Cappis recalled. “When Brondby came, it was like the last day of the transfer window... it was almost a no brainer, to be honest... We set a goal two years ago and the goal is to play for Brondby, one of the biggest teams in Denmark. To have that actually come true - it was crazy. It was a quick conversation.”

Thus far in his young career, Cappis has had the opportunity to play regularly but he hasn’t had the opportunity to shine. As a small club, Hobro was simply trying to scrap by in the Superliga. In the second division, the club was stuck in a quagmire. Brondby made a push for Cappis projecting he would thrive while surrounded by better players.

To seal the transfer, Brondby agreed to let Cappis remain with Hobro until of the season.

"Christian Cappis is a talented central midfielder," Brondby Sporting Director Carsten V. Jensen said. "We see a potential in the young American national team player and have had him on the radar for a while now. We are happy to secure his signature right now. With this agreement, Hobro IK benefits from Christian's qualities in an exciting spring, and we look forward to having Christian included in the squad this summer."

At Brondby, Cappis understands it will be a major step up and he will have to impress just to see the field. The reward, however, is that it will help him reach his potential, compete for silverware, and perhaps compete in the Champions League. 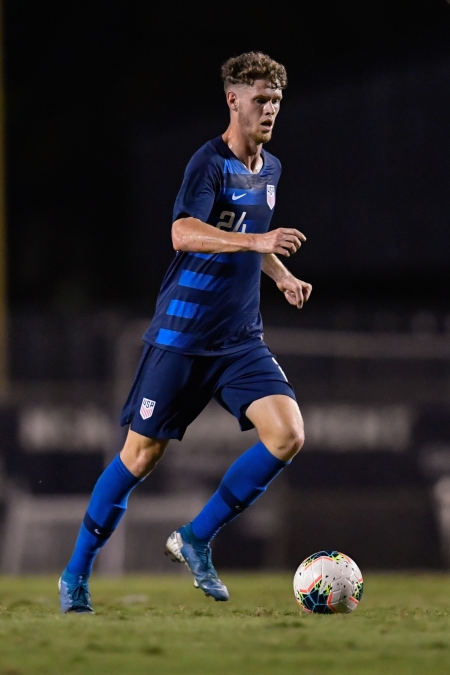 “I would expect they have several guys who play in the middle like I do,” Cappis said. “When I go there, I just have to show my best and see where that gets me. If it gets me on the field right away, great. If it doesn't, then I have a target to reach for and I'll work every day until I get that. They're the best team in Denmark. There's going to be a lot of competition for spots. But that's also what makes it fun. That's why I wanted to be there. I'm watching all their games, pretty much. I try to learn as much as I can about the way that they play.”

“I'm still a Hobro player,” he added. “Every week, I'm trying to win games. We are in a difficult position right now as a team. Some people might check out early or something like that - but I'm very much here. I'm very much competing every day. And when the time comes for me to move, then I'll compete every day at Brondby.”

Of course, joining Brondby will certainly help with his national team ambitions – which are a priority for Cappis. His recent experience with the team was a positive and unexpected development but one that left him hungry for his first-cap. It is rare for a player at the level of the second tier of Denmark to get called up (the last time was Benny Feilhaber in 2010 while at AGF Aarhus) but it showed he is on Gregg Berhalter’s radar.

While in Belfast, he watched the U.S. U-23 team fail to qualify for the Olympics and that eliminated one potential tournament for him. But with the Gold Cup and Nations League, Cappis is focused on earning his first cap soon.

“It was a really cool experience to be back with the national team,” Cappis said. “It's a great group to be around. To be there, learn the system, talk with the coaches, meet players - it was a really great opportunity. There are so many players right now, maybe more than ever, playing at the top level of football in Europe. And that's something that can only help us as a team - to have our best players playing against the best players from around the world.”

“Greg called me totally out of the blue,” Cappis said. “I wasn’t expecting it. I think it was like two, three days before I left… Obviously not playing, it's frustrating. At the same time as a team, we won both games. Whatever I can do to help us get the best results - if it’s playing - if it's on the bench and in practice. As far as the future, I'm ready for it.”