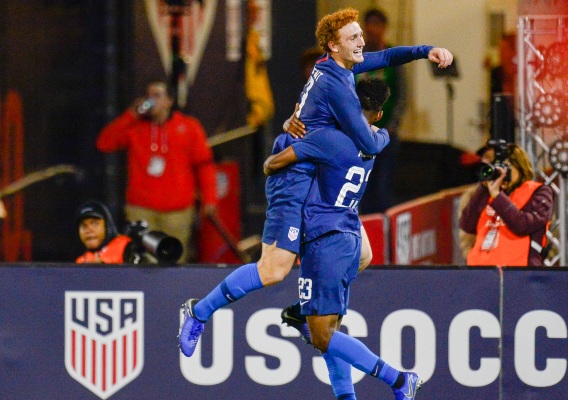 A look at the USMNT player pool at the forward position

For many positions on the U.S. national team, a lot has changed since the last time Gregg Berhalter had the entire player pool at his disposal for a FIFA international date. The forward position is particularly interesting with new options emerging. ASN's Brian Sciaretta breaks down how he thinks the player pool stands and who has the best chance of emerging.
BY Brian Sciaretta Posted
September 15, 2020
7:05 PM

THE COVID SHUTDOWN of leagues across the world has thrown a curveball to the soccer world . For the U.S. national team, both the senior team along with the youth national teams have changed a lot since they were last active. As a result, it’s tough to read how things stand right now at many key positions.

There are lot of positions where we could see changes in the future with the forward position leading this charge. It’s not clear if Tim Weah is a forward or a winger, but he’s hopefully ready to move on from a lost season in 2019/20. Josh Sargent is now a regular starter with some solid experience. Meanwhile, Jozy Atidore has one goal in 10 months.

But the core group is being pushed by players who are both part of the existing U-23 pool as well as by a few others who have aged out of all youth national teams. 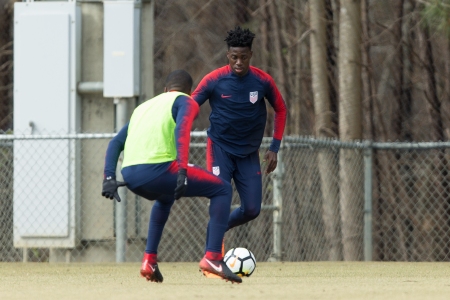 One thing is for certain, is that his pool needs to be deep. Recent history has shown that writing a “Best XI” or a mock top-23 roster can be fun but it is ultimately meaningless. At no point over the past two years has the top 23 players in the U.S. pool ever been healthy. There have always been a high number of injuries. It’s unrealistic to expect 100% healthy. So, depth is more important than it has ever been.

Here’s a look at how the existing forward pool could look right now, who is likely pushing this group, and where it is heading.

Josh Sargent has had a very good preseason with Werder Bremen and is firmly in the club’s starting lineup. Last year was a mixed season for Sargent but ultimately one that will benefit him. Relegation battles in the Bundesliga are always tough but Werder is a big club in Germany, one in which relegation is more unacceptable than it is for others. Sargent didn’t score often down the stretch but he played well in some big games and handled the pressure well. Now he looks to be building on that and is key to Werder’s success this year.

Jozy Altidore meanwhile exists on the national team roster based on his success in previous seasons but could be vulnerable to being bumped out. His recent goal against Montreal was his first since scoring in last year’s MLS Cup in November – when he played injured. Historically he has often been injured for major tournaments. Most likely, that wouldn’t be such a problem if he were still scoring on a regular basis. But that hasn’t been the case. 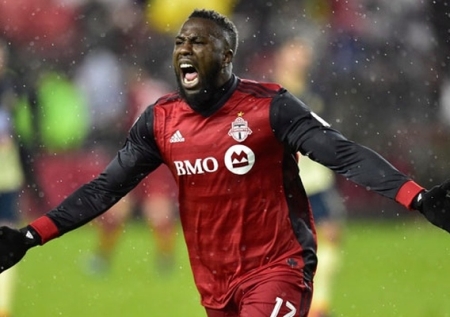 Tim Weah is back to playing at Lille and he has looked lively in a couple of appearances off the bench. He is yet to play under Gregg Berhalter and it isn’t yet known if he is primarily a winger or a center forward – although when he has played as a center forward, he has done well. He’s in the mix because of his talent but the club is easing him back into the mix. It will be easy to determine where he is at with his recovery once he plays more minutes. All signs are promising but it is still very much a “wait and see” situation.

Meanwhile Gyasi Zardes is among the most polarizing players in the player pool but he’s also the one that poses the fewest questions. He still scores goals, he isn’t aging out, and he’s stayed relatively healthy in recent years. He also has the ability to score an occasional big goal for the U.S. team – and the list of goals he’s scored isn’t limited to CONCACAF (Holland, Ecuador, assists against Paraguay, etc). Until there are more stable and proven options, it’s hard to see him being dropped anytime soon. 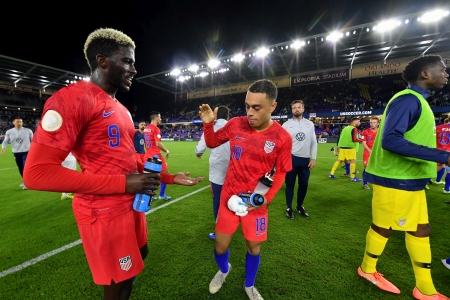 In terms of players who have aged out of U.S. youth national teams and are likely not in the current first-choice national team selection, there are a few who could realistically get called up. From there, it would be up to them to impress.

Aron Johannsson is finally healthy, playing, and scoring for Hammarby in Sweden. His current run has him with six goals in his last seven Allsvenskan games. While Sweden is not at a particularly high level, Johannsson has settled in this league because he needed to prove he could stay healthy – not because of his ability. Now he has to stay on the field and keep scoring. But it is certainly possible for him to get a look as a short-term option or to bridge the gap between waiting for the next generation to be ready while the older generation phases out or deals with injuries. Having a smart and crafty veteran could be useful for Berhalter. 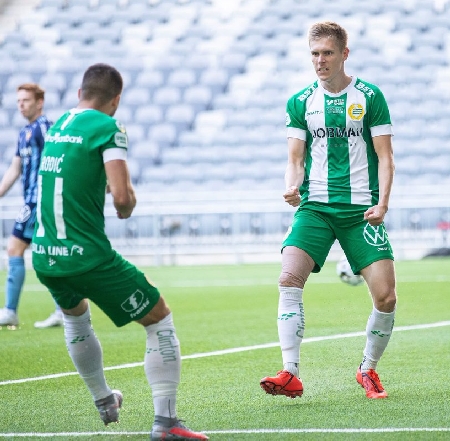 In Italy’s Serie B, Andrija Novakovich had a fairly solid season for Frosinone who narrowly missed out on promotion. Thus far, Novakovich has only played for the U.S. team under interim manager Dave Sarachan and he saw limited minutes in 2018. It is complete guesswork to know where Novakovich stands under Berhalter but if he produces and can get Frosinone promoted, he’ll probably be in the picture.

Finally, Jordan Siebatcheu could also conceivably enter into the equation. At one point, Sarachan tried to bring him into the USMNT but the Washington, DC-born Siebatcheu balked. While he once played for France’s U-21 team in a pair of friendlies and is eligible for Cameroon, Siebatcheu has told ASN he would accept a U.S. call-up. The problem is that he’s been struggling on the field. He was poor last season for Rennes and he is now in Switzerland on a loan (with an option to buy) with Young Boys. He simply must play better to get into the picture but the talent he showed three years ago in Ligue 2 with Riems makes him worth monitoring. 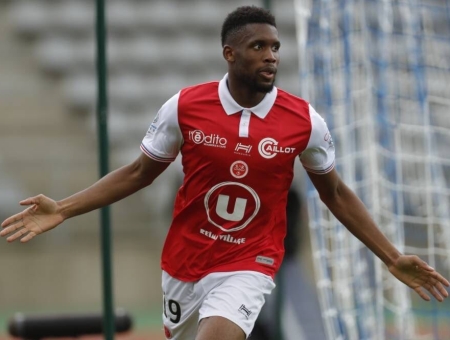 Some of the U-23 options are a little further along than others. The top two right now are Jeremy Ebobisse and Nicholas Gioacchini – the former is already entrenched with the U-23 team and the latter is a starter for a SM Caen team that should contend for promotion in Ligue 2 and has been mentioned by Berhalter as someone likely to have been called up to the March friendlies. 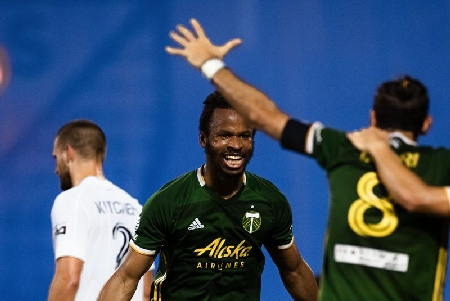 Ebobisse is a tall and strong forward who has improved substantially over the last three seasons. While Gioacchini can provide versatility to play out wide and in the No. 10 role, he is still primarily a center forward right now. As he begins his second season as a starter for Caen, this will be a big year for him to show improvement – and his goal in last week’s season opener is a good start.

Jesus Ferreira impressed in January camp but the issue for him is finding a set position. He can play forward but typically only does when he’s the second forward – a formation the U.S. team seldomly uses at the moment. He can play out on the wing or as a No. 10 too but until he finds his best position, it’s tough to determine where he might fit in under Berhalter.

Ayo Akinola and Daryl Dike are two players who have shown glimpses of promise in 2020 and who are eligible for other countries. At this point, they remain solid U-23 options but probably pretty far from the U.S. team (aside from January camp) until they start regularly for a few seasons 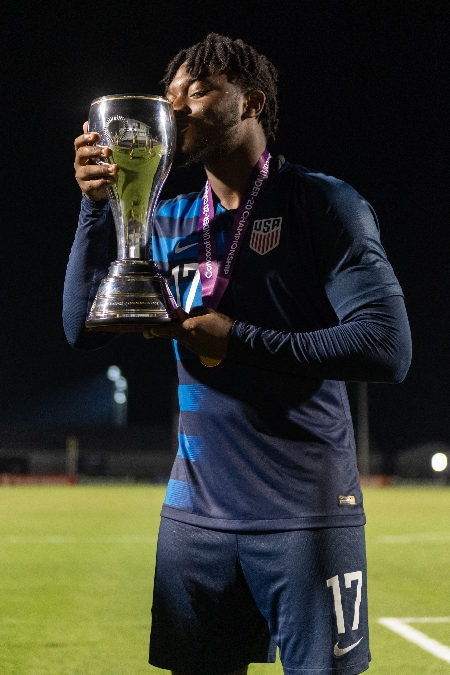 Sebastian Soto, meanwhile, is on loan in the Dutch second tier but he’s in a tough situation. Crushing it at Telstar doesn’t really prove a lot but a failure to score goals in droves would be a bad sign. We’ve seen talent from him at the youth levels but he is still yet to show it against adults.

Down the road, U-20 options

The center forward position at the U-20 level isn’t quite as strong as it has been the past few cycles but it is still worth keeping an eye on. Matthew Hoppe had a nice preseason for Schalke II and he might eventually get a shot at the first team due to the club's troubled finances. Charlie Kelman is stuck in League Two with Southend United despite offers from other English clubs (there is reportedly a transfer embargo that makes moving him tough). Ricardo Pepi is probably the best of the bunch right now but he is a 2003-born player who is still young enough to play at the next two U-20 World Cups.

Predicting how things turn out is exceptionally difficult. My best guess is that if everyone is healthy Altidore, Sargent, Weah, and Zardes make it with Altidore being the most vulnerable at the moment based on current form.

But injuries also happen. I think if there is a European-only friendly in November, Gioacchini and possibly Johannsson stand the most to benefit and could join Sargent and Weah for a potential call-up.

Once the full player pool is at Berhalter’s disposal, Gioacchini, Ebobisse, and Johannsson have the best chance of pushing into the top group. A lot of that will come down to club form and performances in upcoming camps.