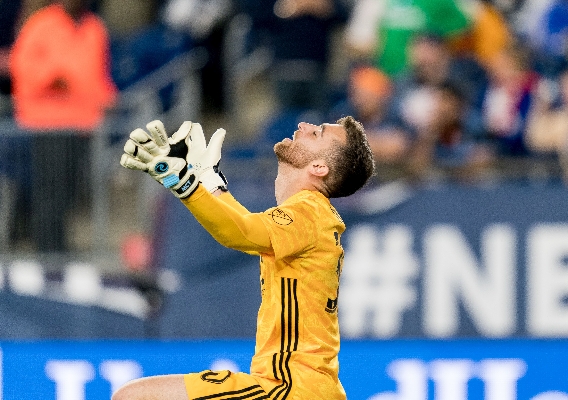 A late-bloomer to the sport, Turner's holds bold ambitions for Revs, USMNT, & Europe

Matt Turner's rise as one of the top American goalkeepers has been a surprise to many people - including himself. But now the New Jersey native has bold ambitions that include a deep playoff run with the Revolution, moving to Europe at some point, and being part of the U.S. national team. ASN spoke with with Turner at length about his rise, his future, and connecting with his family's ancestry.
BY Brian Sciaretta Posted
September 10, 2020
8:00 AM

IN AN ERA WHERE some of the best young American players grew up playing soccer from a very young age and are often the sons of former professionals, Matt Turner is quite a bit different. He is a throwback to a previous era when soccer was sometimes the second or third sport for young American athletes.

But Turner’s history in the sport is also one built about hard work and having to overcome constant obstacles that come from a late-start, not being well recognized, and having to put in extra practice hours to play catch-up.

It really wasn’t until 2010 when Turner, still in high school, began taking the sport seriously. Flash forward a decade later, the Park Ridge, N.J native is one of the best goalkeepers in MLS and could end up on the national team before too long.

“I really didn't start getting into soccer until I was 16,” Turner said. “I was a huge baseball player. But that helped me as a goalkeeper in using my hands. But at the 2010 World Cup, I started reading about players like Tim Howard a lot. He is someone I really started to look up to.”

At Saint Joseph Regional High School, a Catholic school in Montvale, NJ, Turner took his first real steps as a soccer player. The path initially sounded like a typical kid in any town across the country. But what happed is that Turner realized his athleticism, his coordination, and his instincts as a goalkeeper were a perfect fit.

“I decided that when I went to high school, I was going to try out for the team,” Turner recalled. “I played goal and it just kind of came naturally to me. I played on the freshman team my first year, the JV team as a sophomore, then through injury I became the varsity starter. From there, I just started playing year-round... I didn't have any formal goalkeeping training until college. It was mostly just relying on instincts and trying to figure things out on my own.. I didn’t even take goal kicks until I was 18. I had to teach myself a lot.”

Around this time Turner and his friends in high school would travel south to Harrison and watch the New York Red Bulls play. One night at a Red Bulls game Turner recalled a friend made a comment to him and it hit home and made him realize his potential.

“I used to go to games at Red Bull Arena,” Turner said. “I remember when I was there my friends would tell me that I could play at that level. I was like 'no way.' I couldn't see it in myself but maybe they could see it in me. But maybe that was the time I started to realize it.”

Following high school, Turner began to play in college at Fairfield University in Connecticut. It was there where things became more serious and the formal training began for Turner. He began studying the game from all angles.

The results were impressive. At Fairfield, he conceded just 0.85 goals per game and 21 clean sheets over just 39 appearances for the Stags. As a junior he led the nation in save percentage.

IMHO, Matt Turner has a decent chance to make the #USMNT in the coming years as a backup. There have been some reallly good saves so far in Orlando (Blake was exceptional today) & this one from the NJ native preserved the win pic.twitter.com/NqpZfmMJqT


“Definitely a huge learning curve but that has helped me up to now,” Turner said. “I know I've always been behind the 8-ball with technique and things like that. I've worked really hard on it. I think that is one of my biggest assets is to learn and listen to advice. It was really challenging at first to change certain habits, learn more about the game tactically, and help the game beyond stopping shots.”

During his collegiate years, Turner was also attempting to play in the Premier Development League (now USL League Two). At first, he was cut from a bunch of teams but eventually settled in with the Jersey Express – who he emerged as a standout player in a run to the national semifinals in 2014.

But following college, Turner was not invited to the MLS Combine for top players in the draft – and he subsequently went undrafted. He had hoped that either of the two local MLS teams, the Red Bulls or New York City FC, would invite him to preseason camp. Neither team showed any interest. 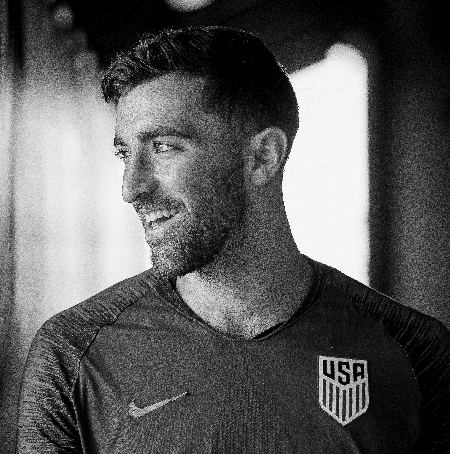 It wasn’t until over a week after the draft when he was invited to preseason camp by the New England Revolution. Then his career had a lifeline and Turner seized the opportunity. He impressed on his trial and signed a deal with the club in March 2016 and becoming the starter at the beginning of the 2018 season.

During the past two seasons, Turner has been one of the best American goalkeepers in the league. Last August, Turner extended his contract after he started 47 matches and picked up 10 shutouts – during the 2018 and 2019 campaigns. He finished fifth in the 2019 MLS Goalkeeper of the Year voting.  In 2020, Turner has continued to earn high praise.

"He's been our most consistent player this year, no question about it," Revolution manager Bruce Arena said. "We need to get other players to play more consistent game in and game out. We've had some very good performances, but not on a consistent basis like Matt has performed."

In November 2019, Turner earned his first call-up to the United States national team. He then received another call-up in January 2020. Despite the call-ups, he went as an unused substitute and is still awaiting his first cap.

But the U.S. team does not have the stability in the goalkeeping position it once had. Current number one Zack Steffen has missed most of the past year with problems with his knee. Brad Guzan is older and other options like Sean Johnson, Bill Hamid, and Ethan Horvath are far from settled.

It is entirely possible that Turner’s emergence could see him remain in the U.S. national team picture for the foreseeable future.

Matt Turner is the only American GK in MLS or an equivalent/better league who is both a starter for his club and is under the age of 27. (He's 26.)

Steffen is a big-club backup now. Horvath & Bono are stuck as #2s. Gonzalez got cut and may face criminal charges.

“I am the type of person who writes down my goals,” Turner said. “For a while [the national team] wasn't on the radar. As I started to play more games, that became one of them - to earn my first call-up. It felt really good when I was able to do that but I wasn't satisfied. To put the Stars & Stripes on and represent my country, that won't feel like an achieved goal until that happens. It is definitely a motivating factor. It would mean so much to me, my family, and the fans in New England. I really believe in the direction U.S. Soccer is trending. We have to get back to the World Cup and I want to be part of that journey to make that happen.”

Professionally, Turner is open to the challenges of playing in Europe but wants to continue to focus on the Revolution and helping his team make a deep playoff run.

“That is a goal of mine but for now, I want to win here and play the best I can here,” Turner said.  “I can improve here in MLS and I still haven't even played 100 games yet. I have to learn and grow as a goalkeeper. But I am definitely open to the challenges of playing in Europe.”

A potential move to Europe was made easier when Turner recently acquired his Lithuanian passport. While it helps his soccer ambitions, the process actually began unexpectedly and was done as a way to connect with his family heritage. The process took a long time but it was rewarding and he hopes to eventually travel to Lithuania – where he is now a citizen but has never been.

“My dad's background is Jewish and my mom's background is Catholic and I grew up celebrating both religion's holidays,” Turner said. “When we were cleaning out my [paternal] grandfather's house when he needed to move. I found some old emigration papers from my great grandmother leaving Lithuania during the war. Normally you can only go back two generations [for citizenship] but there is an exception if you can prove your relative left during a certain time period - you can go back three generations...It was super cool to be able to look back on my family's history. We didn't really know much about our family's ancestry so it was a lot of fun for me and my dad.”

Goals which were once distant dreams are now more realistic for Turner and when asked to look back, he cracks a laugh.

“Honestly, there have been a ton of obstacles. It's been a wild ride.” Turner said reflectively. “I never figured my career would last long. I had a finance and math degree from Fairfield. But things have been working out alright for me so far. Hopefully that will continue.”