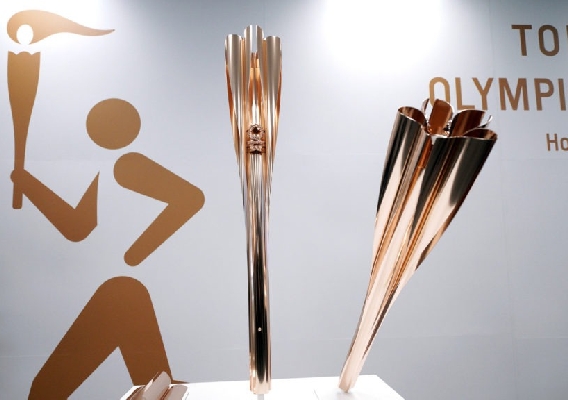 2020 Olympics near postponement, Will Wilson named US Soccer CEO

US Soccer finally has a new CEO, Will Wilson. And, not surprisingly, the 2020 Olympics are likely to be postponed. ASN's Brian Sciaretta writes about it all
BY Brian Sciaretta Posted
March 23, 2020
9:20 AM

AS ALMOST all of the soccer around the world is shut down for the foreseeable future due to COVID-19 virus, there were two pieces of significant news that surfaced that will affect American Soccer now and into the future.

Here is a look at the stories for Monday.

US Soccer announced that William Wilson would assume the role as the federation’s Chief Executive Officer and Secretary General. It’s a name not familiar to many American fans but Wilson will have his plate full of work with the United States cohosting the World Cup in 2026.

But outside of the soccer decisions, there is a ton of work on the business side that benefits the sport: television deals, organization of tournaments, sponsorships, and many other things that take place beyond the playing field.

Born in London, Wilson has a resume that draws heavily on American football. Most recently, he was an executive Vice President and Co-Head of Football for the last eight years for the Wasserman agency. Prior to that, he served as Executive Vice President of International Business & Special Events for Major League Soccer from 2008-12.

Wilson will also have the job of fixing the working environment within U.S. Soccer following last summer’s piece in the New York Times which characterized the working environment as “toxic.” Prior to that report, it was perceived as if Jay Berhalter, brother of U.S. national team men’s head coach Gregg Berhalter, would be in contention for the role to place Dan Flynn. But Jay Berhalter resigned from the federation in February.

Launching a new era for the organization, we’re pleased to welcome Will Wilson as the new CEO and Secretary General of the U.S. Soccer Federation.

Wilson brings 29 years of leadership and experience in international and domestic sports at the agency, league and team levels.

Wilson will have to repair such problems to the extent they still exist while helping to move the organization forward from a mostly business perspective. What types of business decisions will he make? How will he help to drive up participation levels?

What remains to be seen from a soccer perspective is what kind of role Wilson will play on the soccer side? Even if he left all the soccer-making decisions to the soccer people, he will have to be involved at some role – even if just at the top. When Earnie Stewart was promoted to his new role as Director of Soccer Operations, he still reported to the CEO.

Will Wilson go along with the recommendations that Stewart brings to him or will there be push back? What would happen if Wilson wanted to fire Stewart? What would it take to get to that point? How would he hire his replacement? Will his only involvement in the soccer side be working with Stewart?

All that remains to be seen but at least the role has been filled and the organization can move forward.

Olympics likely to be postponed

Following the postponement of just about every major event worldwide, the upcoming  Olympics in Tokyo seem likely to be postponed as well. In an interview with USA Today, IOC member Dick Pound said the Games won't start in July.

“On the basis of the information the IOC has, postponement has been decided,” Pound said. “The parameters going forward have not been determined, but the games are not going to start on July 24, that much I know.”

Signs seem to be pointing to the games starting next year in 2021.

From a soccer perspective, it doesn’t change much on the women’s side for the U.S. team. That team has already qualified for the Olympics and there is no age restriction in the women’s event.

For the men’s side, it changes everything – especially for the CONCACAF teams. CONCACAF has not held its Olympic qualifying tournament yet. It was postponed indefinitely two weeks ago and was slated to take place at the end of March in Guadalajara, Mexico. So now CONCACAF will have to try to find another date in soccer schedule that will now become more crowded as leagues and organizations try to make up for lost time due to COVID-19. Will Guadalajara even be available the next time CONCACAF wants to host it?

Also, men’s soccer is one of the few age-restricted events at the Olympics set at the U-23 level. Will FIFA keep the same age range (for 2020 it was set to be 1997-born players and younger) or will it shift everything up a year (making it 1998-born players and younger in 2021)? The fairest thing to do would be to keep the age range from 2020 and apply it to 2021 so no birth year is denied a chance at attempting to qualify and/or participating in the Olympics.

If the Olympics is set for 2021, it will set up a remarkable summer of soccer next year.

With MLS taking a huge hit in 2020 with its league on hold due to COVID-19, the league could see substantial loss of players next summer should it grant releases to every tournament. It is a fair question to determine whether or not releases will be granted to players for the youth national team events?