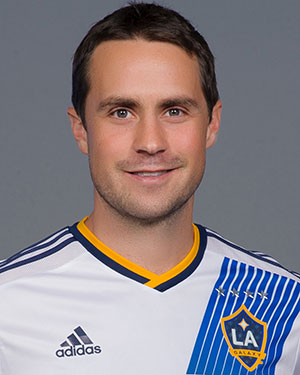 Todd Dunivant is a model of consistency. The decorated and charitable left back has spent his entire nine-year career in MLS, providing reliable coverage along the flanks and quality crosses over nearly 250 MLS matches.

For someone who came into the league full of promise, Dunivant seems to improve with age. He joined MLS in 2003, selected sixth overall by San Jose after an illustrious college career at Stanford in which he earned All-American honors his senior year. His impact was immediate, scoring the winning goal in his first appearance for the club and going on to win the MLS Cup as a rookie. The following season was blighted by injury, and he was traded at the end of the season to Los Angeles.

In his first season with the Galaxy he played every minute of every game and won his second league championship and first U.S. Open Cup. Midway through the following season, Galaxy GM Alexi Lalas traded Dunivant to New York, where he stayed for about a year until he was traded to then-expansion team Toronto FC in 2007. Dunivant stayed in Canada for a year and a half before landing back in Los Angeles in 2009. Since then he has stayed healthy, won another MLS Cup, and, as always, been a mainstay in the starting lineup.

Dunivant has erased his initial reputation in the league as being a lightweight, putting in a tough tackle when necessary but hardly ever getting carded. His championship season in 2011 also saw him earn a spot on MLS’s postseason First XI all-star team. And off the field, Dunivant was named MLS’s Humanitarian of the Year in 2009.

Despite his steady improvement, Dunivant has never become a regular on the U.S. national team. His lack of pace is no doubt a contributing factor. He does have two caps, however, both of which were earned in 2006 when Bruce Arena was in charge. Klinsmann has so far passed him over in favor of left backs who play abroad.

Dunivant, speaking in January about being overlooked for a series of international friendlies, said, “That stuff's always a head-scratcher sometimes, but it's out of my control. I've got to just do what I can do with the Galaxy, and if it's enough to get me a look, then it is. This time around it wasn't, but I'm gonna keep doing my thing here.”

In case Jurgen ever comes calling, the consistent Dunivant is pretty easy to find.—ADAM ELDER