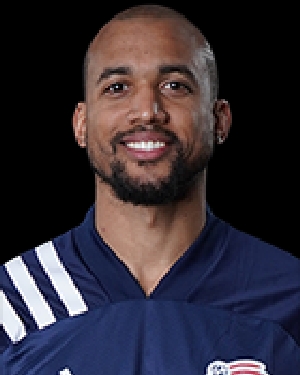 Teal Bunbury probably should be playing for Canada. His father, Alex, is in the Great White North’s athletic hall of fame and Teal played on Canada’s U-17 and U-20 squads before joining the Stars and Stripes in 2010. Both Bunburys are big and strong, and Teal is blessed with potential. But there are legitimate questions regarding his desire and work ethic that will determine how far he will go with the U.S. national team.

Bunbury spent much of his early life in Portugal where he learned about the game by watching his father play Maritimo. "I have set priorities in my life, and I got that from my dad. He taught me discipline and life values. He’s made me the man I am," he told the Kansas City Star. The family moved to Minnesota when he was 10, and Teal eventually found himself at the University of Akron playing for Caleb Porter's dominant Zips squads. Bunbury secured a Generation Adidas contract after his impressive sophomore season and Kansas City took him 4th in the 2010 SuperDraft. (Teal is the first son of a former MLS player to be drafted into the league.)

Despite his involvement with various Canadian youth teams, Bunbury also was eligible to play for America. In 2010 former U.S. national team coach Bob Bradley invited Bunbury to join the Americans for a friendly in South Africa. “It was a tough decision,” Bunbury told the Globe and Mail, but in the end he chose to switch country affiliations. "A lot of things were going through my mind, but I had my family there to really help me through it and ultimately I went with what I felt was best for me." Bunbury also figured in the U.S.'s unsuccessful campaign to qualify for the 2012 Olympics, reuniting with Porter, his college coach.

Despite his impressive physical gifts and understanding of the game, Bunbury is not yet a full-time starter at Sporting KC. Part of that is due to frequent injuries (he tore his ACL in August 2012) and part of it is due to the club's impressive roster of attacking talent—including Graham Zusi and C.J. Sapong. But Bunbury also needs to work harder. Although he's still relatively young and he has the pedigree to be a star, genes only get a man so far.
—NOAH DAVIS