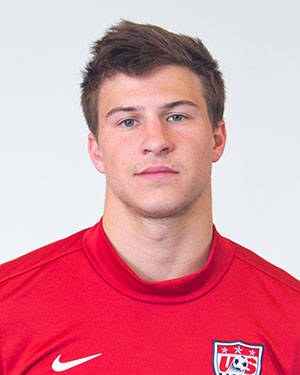 Josh Gatt: The Warm Up

If there is such a thing as a YouTube sensation among the U.S. soccer player pool, it is undoubtedly Joshua Gatt. Gatt is an intriguing player who certainly has the potential to push for a spot in next summer’s World Cup with an impressive Gold Cup. He still has plenty of work to do, though, to rise up the depth charts on the crowded list of outside midfielders.

Gatt plays for Molde in the Norwegian Tippeligaen, so watching the Michigan native’s games in America is no easy task. But on August 4, 2011, Gatt scored a beautiful game-winning goal against IK Start that soon found its way onto the Internet and into the fertile imaginations of U.S. soccer supporters.

In the play, Gatt took possession of the ball around the midfield stripe, rushed forward down the right flank, deked a defender to the turf, and sent a near-post laser into the back of the net. It was only one sequence, but it spoke volumes about Gatt’s potential. Fast, skilled, physical, and assertive, Gatt is a very intriguing prospect for the United States.

Gatt is already a go-to guy for his coach at Molde, former Manchester United star Ole Gunnar Solskjaer. Following a brief stay at the Austrian side SC Rheindorf Altach, Gatt scored five goals in 27 games for Molde in 2011, leading the club to its first-ever Norwegian top-flight championship. Gatt also got to play in the group stages of the 2012-2013 UEFA Champions League.

Gatt has garnered attention on the international scene too, but in the past injuries have limited his availability. Caleb Porter called Gatt into his 2012 U-23 squad, but an ankle injury prevented the Michigander from contributing to the team’s ill-fated Olympic qualification efforts. In September 2012 Jurgen Klinsmann called Gatt into his full national side for the two World Cup qualifiers against Jamaica, but Gatt suffered a hamstring injury prior to training camp and did not participate.

Perhaps though, injuries will no longer keep him from national team opportunities. He started the November 14, 2012 friendly in Russia.

Will Gatt grow into a first-team regular who puts opposing defenders on their heels? Will he become the next incarnation of John O’Brien—a supremely gifted player who just couldn’t stay healthy? It’s anybody’s guess.