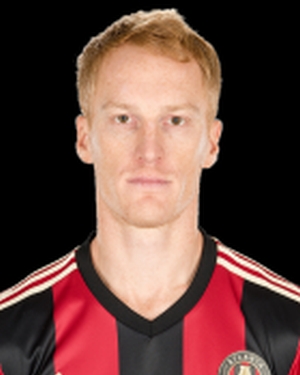 For a player who once thought he wasn’t good enough to play at Brown University, Jeff Larentowicz has forged a nice little career. The defensive midfielder won't wow anyone with his talent, but he plays intelligent positional soccer and can lace a free kick or a shot from distance on occasion.

The New England Revolution selected Larentowicz in the fourth round of the 2005 MLS Supplemental Draft, but he didn't make an impact until a year later. In 2006 and especially 2007, the midfielder solidified his spot alongside Shalrie Joseph, a player Larentowicz credits with helping him improve. The "Ginger Ninja," as he is known, continued to get better, developing into one of the league's most consistent No. 6s.

Bob Bradley first called Larentowicz into the U.S. team in a camp in January 2010, but a knee injury forced Larentowicz to withdraw. The midfielder was traded to the Colorado Rapids that same month, and enjoyed a career-best season for his new team. Bradley rang again one year later, and Larentowicz made his first Stars and Stripes appearance against Chile in January 2011. The midfielder has since made three appearances under current coach Jurgen Klinsmann.

Klinsmann hasn't said much specifically about Larentowicz, but the coach helped his charge land a training stint with Bolton in November 2011. "The opportunity is one that I couldn't pass up," Larentowicz told MLSsoccer.com. "To be considered first of all is great, but to be given such an opportunity at a Premiership club is one that doesn't come around often. Since I've been here it's been everything I had imagined—fast-paced, high-intensity, fun, while everyone at Bolton have made me feel very welcome."

The problem for Larentowicz, however, is the depth at the position he plays. Kyle Beckerman, Michael Bradley, Jermaine Jones, and Maurice Edu—to name just a few—are ahead of Larentowicz on the U.S. depth chart. It will take something special to secure a regular role for the Yanks.—NOAH DAVIS