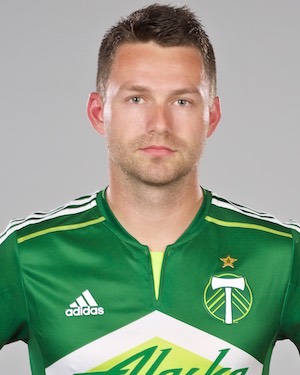 "Jack Mac" had two-and-a-half MLS seasons under his belt before he turned 20. The quick-thinking striker—a product of Bradenton and a fixture on the United States youth teams—jumped straight from high school to the pros, and his creativity and vision around the net earned him playing time almost immediately. He has drawn comparisons to Chicharito along the way. With his cool finishing and propensity for scoring huge late goals, they may actually have some substance.

The 2009 NSCAA National Youth Player of the Year appeared in 16 games during his first season, scoring three goals for the expansion Philadelphia Union. He figured in roughly half the team's games in 2011 but only found the back of the net once. The next season started off poorly, as the Union struggled under Peter Nowak and McInerney fell to the bottom of the depth chart.

"He didn’t tell us how we were playing or what we should do," McInerney told MLSsoccer.com about Nowak. "So I didn’t know much." Nowak was fired, however, in July of 2012 and new manager John Hackworth reinserted his young charge. The move rejuvenated the striker, who scored four times in the final six games of the season and finished the season with eight goals in 25 games. He carried that form into the start of the 2013 season, and he scored 11 times the first 15 games of the year.

That form got him called up to the U.S. Gold Cup roster - a few weeks shy of turning 21, he was the team's youngest player - and while he didn't play in the tournament, he returned to Philadelphia with a winner's medal and an indication that Jurgen Klinsmann sees him as part of the national team's future.

However, his goal-scoring form abandoned him and McInerney didn't score again til the Union's final match of the season. After scoring once in his first four games in 2014, McInerney was shipped to Montreal for Andrew Wenger. McInerney hasn't repreated his form of early 2013 but he's scored consistently for the Quebecois and give his age and ability to put the ball in the net, he still seems to have a future with the U.S. national team. -BROOKE TUNSTALL