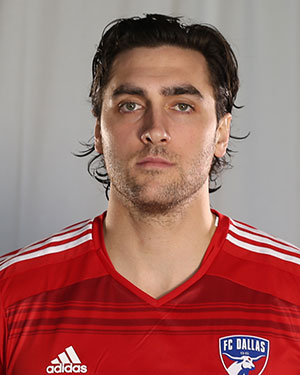 FC Dallas central defender George John has two attributes that make him attractive to European clubs. At 6-foot-3 and 200 pounds, he is big. And thanks to his dual Greek-American citizenship, John doesn’t have to jump through hoops to acquire a European work permit.

In January 2012, John landed a short-term loan deal to then-championship side West Ham. John pulled out of a U.S. training camp to secure the move, something that Jurgen Klinsmann, who’s worked to help players get tryouts in Europe, said he was “totally cool with.”

John didn’t make any first-team appearances during his time with West, but the experience opened his eyes. “The No. 1 thing was everybody over there was taller and bigger,” he said upon returning to Dallas. “[And] the players over there are much more skilled. I’m 24 years old. I’ve only been a professional for three years and guys over there that are 24, they’ve been professionals for seven, eight years. I’m playing catch-up. Americans are playing catch-up. That’s what I learned. I feel like a young pro, but over there at 24, you’re not young anymore.”

John slotted right back in since returning to Dallas, but with his refusal to extend a contract that expires at the end of the 2012 season, the club is resigned to losing their central defender. “We’ve been trying to re-sign him for over a year,” head coach Schellas Hyndman said when John looked to be on his way to Blackburn. “[He] was looking at maybe a European passport and other opportunities, but this is quite honestly not the place he wanted to be. If that’s the case, then ownership and everyone else probably are making the right decision for the future of our club so that we can compete, but this was not an easy decision for everyone to make.”

For Klinsmann and the U.S. men’s national team, Europe is no doubt the place where they want John to go as he continues to improve his game. The one catch: John is eligible to play for Greece, so if Klinsmann waits too long to call in this sturdy-yet-smooth defender, it may be too late.—ADAM ELDER