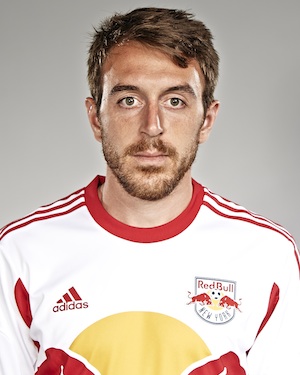 Eric Alexander has proven tough to displace from the lineup. On a New York Red Bulls side not unafraid to go the international route for expensive talent, Alexander keeps forcing his way into the first XI. After splitting his first three pro seasons between Dallas, which drafted him out of Indiana in 2010, and Portland, little was made when New York traded some allocation money to the Timbers for Alexander during the 2013 preseason. He wasn’t expected to be much more than a squad player but Alexander started 30 games as a holding midfielder and helped Red Bull win the 2013 Supporter's Shield, the first major trophy in club history. That earned him an invite to the U.S. national team’s January camp in 2014 and he culminated that with his second cap when he came on for Graham Zusi in the 82nd minute against Korea. He hasn’t been back since but odds are if he gets another invite he’ll find a way to stick around. It’s what he does. –BROOKE TUNSTALL