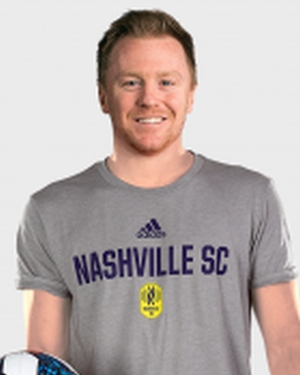 Dax McCarty is the little redheaded engine that could. He rarely stops running, hustling, and fighting. McCarty plays bigger than his 5-foot-9 frame, throwing his body fearlessly—and intelligently—around the field. While he started with a more attacking mindset, mid-career McCarty is morphing into a classic destroyer of opponent's attacks, breaking up plays and starting counterattacks. The result: a very successful MLS career, half a dozen national team appearances, and the potential for more.

McCarty has an interesting family—his father was a Top Gun pilot and his mother played collegiate tennis—and an impressive soccer pedigree. He won the Milk Cup as a U-18 player, is a former captain of the U-20 team, and played in the 2008 Olympics. The midfielder spent two years at the University of North Carolina before signing a Generation Adidas contract in 2006. FC Dallas took McCarty with the sixth pick of the 2006 Supplemental Draft, but he only played a substitute role for the first three seasons. That changed in 2009, when McCarty started 27 games for the Hoops, scoring three goals and tallying five assists. He earned his first national team cap against Slovakia late that year.

McCarty likely would have continued causing chaos in the FC Dallas midfield indefinitely, but the Portland Timbers took him in the 2010 expansion draft and subsequently traded him to D.C. United. McCarty had an up-and-down half season in 2011 before Ben Olsen shipped him to the New York Red Bulls in exchange for Dwayne De Rosario. He found a home in Harrison, New Jersey, and continues to get more comfortable. “This year I came in with a goal to be as fit as possible and make sure I got comfortable with the guys and the coaching staff,” McCarty told Fox Soccer in 2012. “I think I’m playing more free, more like myself. I’m playing with confidence.”

After winning five caps under Bob Bradley and despite being one of the few American players to consistently start on a Red Bulls roster dominated by international players, McCarty wasn't capped by Jurgen Klinsmann through the 2014 World Cup cycle. McCarty's position is one of the deepest in the American pool but if the midfielder continues to shine in MLS, he will be harder and harder to ignore.—NOAH DAVIS