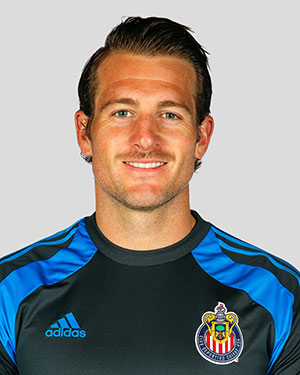 Passing the Gloves at No. 1, Tim Howard's Backup?

Dan Kennedy is, first and foremost, a tremendous shot stopper. Playing for MLS doormat Chivas USA gives him plenty of chances to show off that skill. He is among the league leaders in saves and save percentage, but Kennedy's biggest talent is not his steadiness. There is no one in MLS better at making momentum-changing, how-did-he-do-that spectacular saves.

Kennedy took a roundabout route to MLS. He was drafted by Chivas in 2005 after a solid career at the University of California–Santa Barbara, but he bounced around the lower leagues for the Puerto Rico Islanders and Chile's Municipal Iquique before returning to the Goats in 2008. He missed 2009 with a knee injury and played sparingly in 2010, but started 32 games the next season and started to establish himself as one of the league's best. The highlight-worthy saves started coming with regularity. Kennedy only improved in 2012, frequently serving as the only thing between Chivas and a lopsided scoreline.

The trouble, at least from a national team perspective, is that Kennedy is a late bloomer. His age (30) is not in his favor when compared with youngsters such as Bill Hamid and Sean Johnson. Even Brad Guzan is three years his junior. But goalies have a longer career arc than position players, so there's still a chance Kennedy may display that shot-stopping prowess while wearing the Red, White, and Blue.—NOAH DAVIS