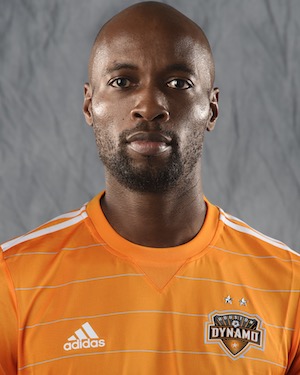 Armed with lightning-quick speed and close-quarter ball-handling skills, DaMarcus Beasley was one of the United States’ biggest stars and most promising talents in the early 2000s. In fact, he was groomed for stardom from a young age and after becoming the first American to play in four World Cups and having carved a career through six countries over 15 seasons, it's fair to say he reached the stardom for which he was groomed.

Having started in MLS at age 16, he emerged as one of the breakout stars in the U.S.’s surprise run to the quarterfinals in the 2002 World Cup. After four years with Chicago Fire, dominating at times, but never finding true consistency, he joined Dutch side PSV Eindhoven in 2004, where he became the first American to play in the Champions League semifinals. Beasley joined Glasgow Rangers in 2007 and he impressed but saw his playing time limited—again—by injury. It was more of the same when Beasley transferred to Germany’s Hannover 96 in 2010; he barely got on the pitch.

Meanwhile, at the World Cup Beasley struggled to recapture the magic he flashed in 2002. He and former coach Bruce Arena clashed during the 2006 World Cup; Arena said, "We got nothing from Beasley." Beasley responded by saying that he was out of position, adding, "It's not my fault I couldn't get forward" and in South Africa four years later he played only one game, as a substitute, against Algeria

Beasley resurrected his club career when he joined Mexican club Puebla in 2011 and his form there led to a return to the U.S., where he re-invented himself as a left back and solidified the position for Jurgen Klinsmann in World Cup qualifying and the 2013 Gold Cup before playing every minute for the U.S. at the 2014 World Cup in Brazil.

When he returned to MLS with the Houston Dynamo after his latest World Cup he did so having won four Gold Cups and both league and cup championships in Scotland and the Netherlands as well as being in the top five in U.S. soccer in appearances and in the top ten in scoring. - BROOKE TUNSTALL