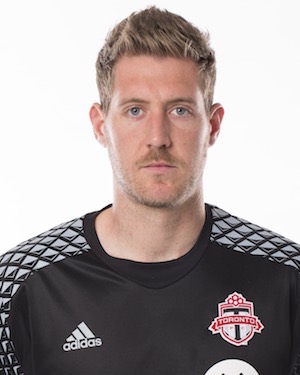 There aren’t a lot of players in the national team pool that have Capital City F.C. and Charlotte Eagles on their professional C.V. That Irwin, who was undrafted after four years at Elon University, has gone from the semi-pro Canadian Soccer League team in Ottawa to MLS stalwart attests to his will and determination as well as his ability. He made the Rapids in 2013 and took advantage of an injury to incumbent Matt Pickens and basically Wally Pipped him, playing so well that Pickens never regained his starting job. At six-foot-three Irwin has the ideal build for a modern goalkeeper but it’s his shot-stopping reflexes and quickness off his line that have led to talk of a potential national team call-up. He’s likely not taking Brad Guzan’s job as U.S. No. 1 anytime soon but with Tim Howard on hiatus and Nick Rimando closer to 40 than 30 and no clear cut line of succession after that, a place in the top three of the depth chart of American goalkeepers is up for grabs. That will require beating out the likes of Sean Johnson, Bill Hamid, and Cody Cropper but after starting his career in the semi-pro depths of eastern Ontario, overcoming long odds is something Irwin has already mastered. –BROOKE TUNSTALL