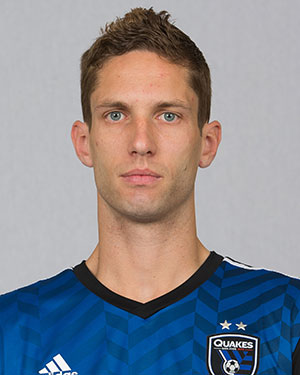 Catching up with Clarence Goodson

Clarence Goodson does not ask for much on the field. He's a simple player, defending with skill (especially in the air) and providing a tall yin to his other, shorter centerback's yang. Goodson won't ever be the best distributor, but he can be effective with short passes and dangerous on set pieces. Sometimes, he makes you forget he's in the game, a trait that is both good and bad. He's gotten more consistent with age, which for a while paid off with more playing time under Jurgen Klinsmann.

It's hard to imagine that a player with Goodson's height could fly under the radar, but that was the case for the Virginia native who never appeared on a U.S. youth side. "For whatever reason, I sort of fell through the cracks," he told the Washington Post in 2010. "You have a decision to make: You can decide that they are right or prove that they are wrong. I have gone about my business proving them wrong, I guess." Prove them wrong he did, earning his first national team cap in 2008, the same year he left MLS after three seasons to join the Norwegian team IK Start.

From 2008 through 2010 Goodson established himself as a backup to Oguchi Onyewu on the American team and a regular fixture on his club squad. Bob Bradley selected the defender for the 2010 World Cup roster, but Goodson did not see any time in South Africa. A 2011 move to Denmark's Brondby was another step forward for Goodson, and he showed his class by quickly taking over the captain's armband.

Goodson, who returned to MLS in the summer of 2013 when he joined San Jose, started 16 games for the U.S. in 2012 and 13 – six in qualifying, five in the Gold Cup – and seemed in good shape to make the team that went to Brazil for the World Cup. But in 2013 he began losing his place in central defense to a combination of Omar Gonzalez, Matt Besler and Geoff Cameron and when John Brooks threw his lot in with the U.S. it ultimately squeezed Goodson out and he was one of the final players dropped from the World Cup roster. —NOAH DAVIS