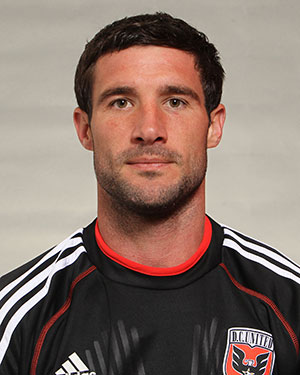 Chris Pontius a Force on the Pitch Again for D.C. United (The Washington Times)

Trying to Take D.C. United Back to the Top (NYTimes.com)

Chris Pontius has been lingering on the verge of U.S. national team-dom for a long time now. He took part in his first camp in the winter of 2010—he was only 22 at the time—but didn’t play in a game. Then, under current coach Jurgen Klinsmann, he was called up for a pair of friendlies in late August 2011, but again, he did not see any action. It seems like only a matter of time for the 25-year-old Pontius, but the competition at forward is improving and the clock is ticking.

Pontius can play anywhere across an attacking three and can also play as an out-and-out striker if needed. Always a threat to score, he tends to drift out left so he can cut in and get the ball on his right foot—an inverted winger. He’s that always-buzzing attacker defenders hate playing against, but he’s in control when he’s on the ball, despite a pretty direct, this-is-what-I’m-gonna-do style of play.

It’s a style of play that’s turned him into one of the better players in MLS. In addition to being among league leaders in goals, Pontius earned MVP honors in the 2012 MLS All-Star game after coming on at halftime and notching the tying goal late in the second half. He maintained his form the rest the season, helping his team end a five year playoff drought while finishing with four assists and a career-best 12 goals. His performance was rewarded with a inclusion, his first, in the Best XI.

For many players on the outskirts of the national team, there’s a sense they have to make big improvements or adjustments in order to get noticed. For Pontius, he simply has to keep doing what he’s doing.

“If I take care of business with D.C.,” Pontius said, “then hopefully the call will come.”—RYAN O'HANLON

Klinsmann on Pontius:
“He's right there. I'm very happy [about] what happened with him the last couple months in D.C." (August 2012)