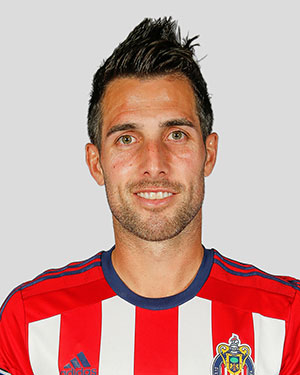 Carlos Bocanegra was Captain America. He's never the biggest, fastest, or strongest player on the pitch, but he usually succeeds. The defender delivers both on the defensive end, where he plays in the middle or on the left, and in the attacking third, where his 13 goals as of October 2012 show he can be a force in the air—especially on set pieces. The two-time World Cup veteran leads with a smile—he adopted the captain's armband in 2007—but can also rally the troops when necessary.

Bocanegra started his national team career more than a decade ago, earning his first senior-side cap against South Korea on December 9, 2001, after successful stints with the U-20s and U-23s. The defender didn't make the 2002 World Cup roster, but figured in all five matches during the victorious Gold Cup run in 2003. He joined the first team in 2004, playing in 11 of the 18 qualifiers for the 2006 World Cup and starting two matches at left back for Bruce Arena's underperforming squad.

While his national team stature grew, Bocanegra was winning awards in MLS (2003 Defender of the Year) and eventually decamped for Europe. He lined up in Fulham's defense, switching between center and left. He stayed for four years, finishing out 2007-2008 with American teammates Clint Dempsey, Kasey Keller, Eddie Johnson, and Brian McBride. Ligue 1 side Rennes picked up the backliner on a free transfer in 2008, and Bocanegra spent two years there before jumping to Saint-Etienne, followed by Glasgow Rangers in 2011 and Racing Santander in 2012.

Solid play in Europe mirrored his excellent work with the American national team. He became U.S. captain in 2007, a moment he reflected upon to The New York Times in 2012: "It was a pretty humbling experience, actually. It’s an honor. I would probably say it has [changed me]. I would [also] probably say I had to grow up and make sure I was mature. You have to be aware of how you conduct yourself off the field and amongst the group."

Bocanegra led the U.S. to the 2007 Gold Cup championship, valiantly resumed his left back slot in America's 2–1 shock victory over Spain during the 2009 Confederations Cup, and played every minute of the 2010 World Cup. Bocanegra's 15 appearances in 2011 were a career high, and he shows no signs of slowing down. With a tally against Antigua and Barbuda in June 2012, Bocanegra tied Marcelo Balboa's record for goals by an American defender. It certainly appears that he will continue to man the backline, holding down the middle and playing out left if needed (although the emergence of Fabian Johnson will surely mitigate that request from the coaching staff).—NOAH DAVIS

Klinsmann on Bocanegra:
"No, I don’t see [Bocanegra or Steve Cherundolo] slowing down. We do fitness testing every six months at the latest. We would see that curve going downhill, and it’s not going downhill. It’s actually improving because we give them information on what to do in all the different elements of the game. (June 2012)