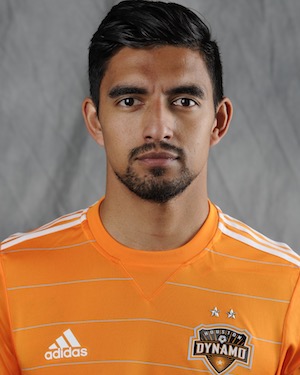 A.J. DeLaGarza has always been overlooked. His small stature doesn't exactly scream centerback, but that's where he played—and played well—at the University of Maryland, where he was a teammate of Graham Zusi and Omar Gonzalez. He showed his versatility quickly after entering Major League Soccer, playing 22 games at right and left back for the Los Angeles Galaxy during his 2009 rookie season. That sort of flexibility makes coaches pay attention.

DeLaGarza continued to find success in MLS, plugging holes in Bruce Arena's lineup and forcing his way into a starting role. The ability caught the eye of Bob Bradley and then Jurgen Klinsmann.

DeLaGarza appeared in two straight January camps, earning his first cap in 2012 against Venezuela. The New York Times called the debut "inauspicious," but the player was happy to get on the field. "It was exciting," he told ESPN.com. "Nerve-racking, obviously. Putting on the jersey's pretty special, so there was a little bit of butterflies...until my first touch. You always get that first touch and your butterflies go away. You're just focused."

DeLaGarza needs to work on getting forward into the attack, especially when he plays as an outside back. If he has a serious future with the U.S. squad, it's either on the left or the right since he's probably too small to be an international-caliber central defender (although he's heard that before). DeLaGarza may never be a first-choice starter for the Stars and Stripes, but it's possible that he can work his way into the second tier. He's sneaky that way.—NOAH DAVIS