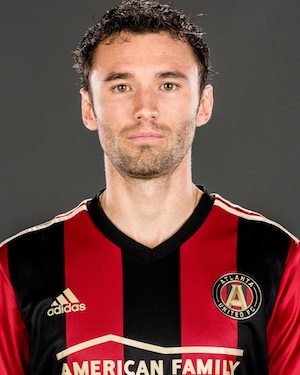 How one judges Michael Parkhurst’s career likely depends on if you’re a glass half-full or half-empty type of person.

The half-full types see a player who has maxed out his talent by winning a slew of individual and team awards - the 2005 MLS Rookie of the Year after three seasons at Wake Forest, 2008 MLS Defender of the Year, a US Open Cup title and three MLS Cup runner-up finishes with the Revolution before leaving for Denmark, where he helped Nordsjælland to a Danish SuperLiga title and a pair of Danish Cups and made several impressive appearances in the Europa League.

The half-empty types see a classic ‘tweener – too small for central defense, not fast or dynamic enough to be a dominant fullback who has been strong in MLS and Scandinavia but struggled for playing time at a bottom-feeding Bundesliga team (2 appearances in a little over a year for relegation-fodder Augsburg) who never carved out a permanent niche with the U.S. national team – 25 caps, most of them lower-profile – between 2007 and when he was one of the last cuts before the 2014 World Cup.

What can’t be argued is that Parkhurst is a unique American defender, relying on brains and anticipation more than athleticism and skill. In his four seasons with the Revs Parkhurst committed only 32 fouls 115 regular season games. That’s one foul every 3.6 games, a shockingly low total for a defender.

It’s not that Parkhurst, who returned to MLS with Columbus to start the 2014 season, didn’t get chances with the U.S. – he was on three different Gold Cup squads and won the tournament twice – but he could never rise above a utility player, filling in at both fullback spots and sometimes centrally but never winning a regular role.--BROOKE TUNSTALL