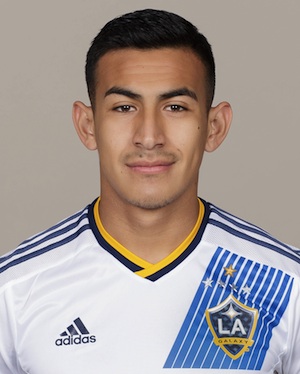 Jose Villarreal is a reminder that patience is often required in young players hoping to emerge from youth stardom to the professional ranks. That road, it seems, inevitably has its ups and downs.

Discovered by the Los Angeles Galaxy while playing for a nearby youth club in 2011, Villarreal was quickly added to its academy and somehow the team was granted a homegrown claim that allowed the Galaxy to sign him as an 18-year-old later that year. This maneuver help prevent Mexican clubs from signing the attacker.

Capable of playing wing or forward, Villarreal debuted for the Galaxy first team in March 2012 and scored in his second MLS game. He appeared in 22 regular season games in 2013 before a brief loan to Cruz Azul in 2014, where playing time came sparingly. He returned to MLS late in 2014 but played mostly with L.A.'s reserve team in the USL, raising questions as to whether his development had stalled.

But Villarreal had a strong preseason in 2015 and at 21 became the Galaxy’s starting left midfielder. He began the season with a three-game point streak while looking every bit like the elite prospect who had teased Galaxy fans with his promise at age 18.

At the international level, Villarreal played for the U.S. at the U-18 youth national tema level, helped the U-20 team qualify for the 2013 U-20 World Cup, and then started for the U.S. at that event. He then matriculated to the U-23 team. —BROOKE TUNSTALL