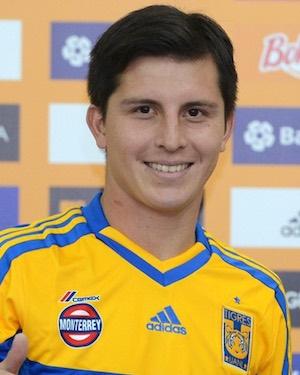 At some point sometimes you have to admit that maybe there just isn’t much there there, at least at the international level. Such is the case with Jose Francisco Torres, the eminently skillful Texan with the impressive club pedigree who among much hype was considered a major coup for the U.S. in 2008 when he chose to play for the Stars & Stripes over Mexico.

A creative central midfielder with good ball skill in tight spaces, Torres debuted with Pachuca at 18 and a time when the club was among the best not just in Mexico but in CONCACAF and the Americas. Before he was 20 Torres had won a Mexican league title, the CONCACAF Champions League and played in the FIFA Club World Cup, which led to a tug-of-war for his national team services between the U.S. and El Tri.

Torres opted for the U.S. and deputed late in 2008 against Cuba and showed enough potential early in his national team career to earn a spot on the 2010 World Cup team, where he made one appearance, a start against Slovenia where he played one half and left with the U.S. trailing 2-0. Torres continued to get call-ups after Jurgen Klinsmann replaced Bob Bradley but by the end of 2013 he’d played for the U.S. 26 times but for all his technical ability and offensive prowess he never scored a goal and had added just one assist while not showing much of a penchant to do the defensive dirty work.

Torres, who transferred to Tigres in 2014 and helped it win the Copa MX, didn’t play for the U.S in 2014 and with central midfield crowded for the U.S. breaking back into the national team may prove too difficult and if he does get a shot he’ll need to show there’s some substance to go along with all his style. – BROOKE TUNSTALL

Klinsmann on Torres:
"He has a very, very good vision, he sees the spaces, he can pass those balls, he can switch quick to the other side. We told him, 'Take those risks and don’t worry if a pass or two is not ending the right way.' He is definitely a player who we will build over the next months and years to go." (September 2011)