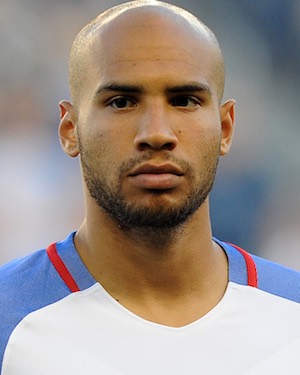 Nothing like scoring a game-winning goal in the World Cup to go from unknown to household name in a span of minutes. And nothing like a steady stream of Bundesliga starts to help a player once labeled "immature" grow up and play with consistency.

Yet another member of the German-American brigade, John Brooks, a lanky six-foot-four defender who developed in Hertha Berlin’s academy, was known by few in this country outside American soccer circles despite having made his Bundesliga debut in 2013 at age 20.

But after coming off the bench and heading in the game-winning goal late in the second half against Ghana, Brooks was front-page news around the country, the best of which was accompanied by the headline “Johnny Futbol.”

The Ghana game was Brooks’ only appearance for the U.S. in Brazil and just his fifth cap overall and he remains a work in progress. Physically gifted with enough pace to sometimes play left back despite his size, Brooks suffers from concentration issues and sometimes gets caught ball-watching, both at the club and national teal levels.