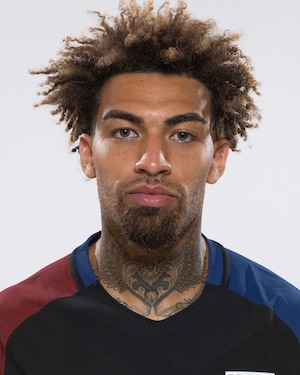 Danny Williams is one of a handful of German-born-bred-and-schooled Americans that Jurgen Klinsmann has brought into the U.S. national team fold since taking over in the summer of 2011. The fiercely competitive Williams is a versatile midfielder who's most comfortable in the center of the field but can do the job as a pinched-in wide player too.

The son of a German mother and an American father who was stationed in Germany with the U.S. military, Williams began his career at the youth level with Karlsruher SC before signing his first professional contract with SC Freiburg in 2008. He made his first-team debut with Freiburg in January 2010. Williams then signed a three-year deal with Hoffenheim in August 2011, and he made 24 appearances in his first year with the club.

"For 22 years the only thing I knew was Germany," Williams told Yanks-Abroad.com. "When I was young I was playing for Germany's U-15 team, I was focused on playing for Germany. I wasn't that familiar with U.S. soccer at the time."

But shortly after becoming coach, Klinsmann came calling. Williams accepted Klinsmann’s invitation and—after getting his U.S. passport in September—earned his first cap with the U.S. national team against Honduras in October 2011 at age 22. "For me it's a dream to play for the United States," Williams said before his debut. "I haven't had time to enjoy it because everything has happened so quickly. I will realize it all soon."

Williams has yet to make the same impact with the U.S. that he has at the club level. Klinsmann tried him as a wide midfielder but Williams added little to the attack and had, to be polite, accuracy issues with his passes. Klinsmann likes his pace and if that’s to be utilized for the U.S. it will likely need to be as a fullback. But a more realistic option is as a deep-lying holding mid, which he’s played well for Reading after joining them in 2013.

Williams Reading tenure has been interrupted by a series of injuries but if he can stay healthy, he may finally get a shot to show what he can do for the U.S. .—RYAN O'HANLON

Klinsmann on Williams:
"He's a player with a huge upside in the next couple of years.” (October 2011)