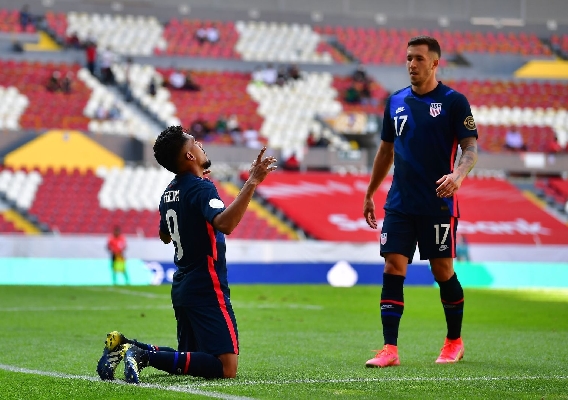 It wasn't pretty. In fact, it was ugly for long, long stretches but the U.S. U-23 team found a way to post a huge 1-0 win over Costa Rica. Coming into the game, most of the players haven't played a game in five months and the conditions in Mexico made that only harder, but Jesus Ferreira's goal and some qualify goalkeeping from David Ochoa secured the three points. ASN's Brian Sciaretta is here to break it down with his thoughts.
BY Brian Sciaretta Posted
March 18, 2021
1:00 PM

THE UNITED STATES U-23 team open its Olympic qualifying with an ugly, hard-fought, but ultimately successful start with a 1-0 win over Costa Rica. Prior to the tournament, this was the most important game for head coach Jason Kreis and his U.S. team and they walked away with three critical points.

Group A consists of the U.S., Mexico, and Costa Rica and Mexico has, by far, the strongest team in this tournament. That sets up the other three teams in the group for likely going for one semifinal berth – with the U.S. and Costa Rica the favored.

This game would go a long way from determining a semifinal berth.

Kreis’s starting lineup contained a few surprises with the biggest coming in goal as David Ochoa started in place of J.T. Marcinkowski who had been dealing with an ankle injury.

Among the field starters, Benji Michel started in place of the injured Uly Llanez who left the team the day before. Hassani Dotson also earned the start in place of other midfield options such as Johnny Cardoso and Andres Perea.

The U.S. actually started the game playing well and were on the front foot. Jesus Ferreira hit the woodwork early on and the U.S. played with a lot of energy for the first 10 minutes. 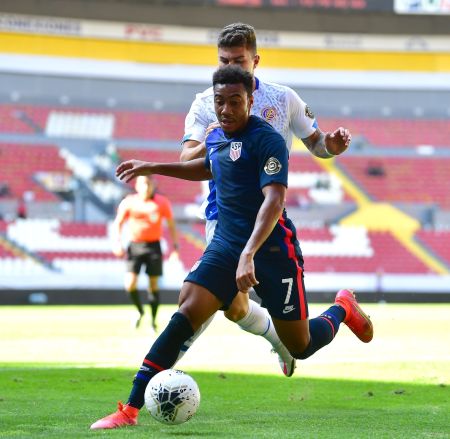 Gradually, however, Costa Rica found its way into the match – mostly through poor turnovers from the U.S. team in defensive areas. For most of the first half, it was two teams trying to capitalize on mistakes but the U.S. team found the key moment in the 39th.

Left back, Sam Vines did well to control the ball on the left side. He sent in a dangerous pass that took a deflection in the box and rolled to Ferreira. The FC Dallas attacker made no mistake with the finish for the big opening goal.

In the second half, the U.S. team struggled to hold the ball and was forced to defend most of the time. The U.S. got lucky in the 83rd minute when Costa Rica hit the post off a header.

The U.S. team struggled in this game mightily. It was not a pretty performance and the team was not able to hold the ball much in the second half. The team’s intensity dropped after the first 10 minutes and it was fortunate to grab the winner.

Considering all the factors, it was only likely that the intensity was going to drop off. Most of the players on the team have not played a game since early November. Just five in the starting lineup played in the January camp friendly – the 7-0 laugher over Trinidad & Tobago. 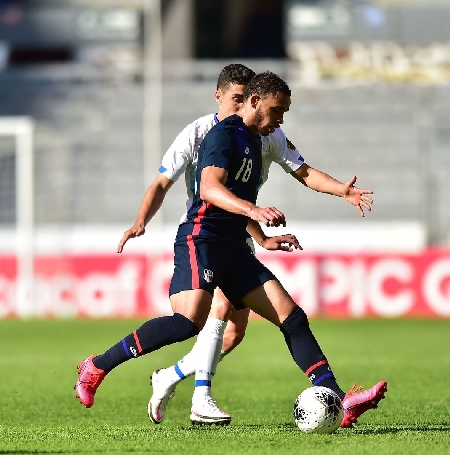 With a team that was rusty and lacking fitness combined with the 90 degree heat and the altitude of Guadalajara, it made for a difficult environment for the U.S. team to perform well. Following the game, Kreis was quick to point out he was not happy with the way it played out. He expected the fatigue but he also wanted to see the team be much cleaner on the ball.

“For us, we knew there weren't going to be many players who could last 90 minutes,” Kreis said. “It wasn't great. It was an important result for us but I would say we would have hoped to have gotten that result in a little bit of a better fashion. I think we hoped we could have been better on the ball, made better decisions, and maintained the tempo of the game better. But unfortunately, that's part of guys not playing matches. It's not just about fitness, but it’s also about their touch on the ball. So. I felt that the majority of what Costa Rica did to try to hurt us was in transition when we gave the ball away very cheaply.”

The Man of the Match in this game was David Ochoa. The Real Salt Lake goalkeeper made a staggering nine saves en route to the clean sheet win. On top of that, many of his saves were of high-quality and he was the biggest reason why the U.S. team won the game.

Coming into this game, Ochoa and J.T. Marcinkowski were both carrying injuries and both were recovering during the course of camp. Kreis admitted the decision to go with Ochoa was a late one but one that was based on performance in camp.

“I thought Ochoa was excellent and the decision was based on performance in this camp,” Kreis said. “He came through very big today.” 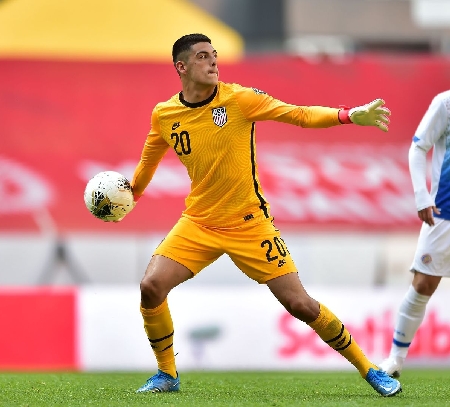 It is not usual for the defense to get criticized much in a 1-0 win in very difficult circumstances – such as the U.S. was faced with on Thursday. But in this case, it was completely warranted as many careless turnovers led to the best opportunities for Costa Rica to score.

Mauricio Pineda, in particular, had a very tough day and in the first half his confidence seemed to completely drop off with his passing. At one point, even simple passes were a challenge. Pineda’s central defense partner, Justen Glad, had one ugly moment in the first half with a bad pass but overall was much better. His emergency defending and his ability to snuff out several of Costa Rica’s chances was a big edge. 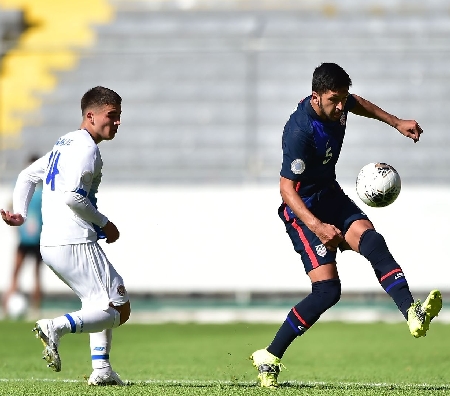 But this is an area which much improve significantly if the U.S. team wants to put forth better efforts against the Dominican Republic, and if successful there, in the semifinal that will decide qualification.

“It's not surprising to me because we were asking our team to build up,” Kreis said of the defensive mistakes. “I think for me it would have been a different affair had we just said with every goal kick, we're going to hit long and push into the opponent’s half and fight for second balls. But that's not part of our DNA, that's not who we are, so we ask to build up. The majority of the shakiness that I saw came just through mistakes in build-up. That's just a footballing issue.”

Costa Rica head coach Douglas Sequeira told the media after the game that part of his team’s game plan was to cut off service to U.S. midfielder and team captain Jackson Yueill. For Sequeira, that would completely throw the U.S. team’s transition and offense out of line. 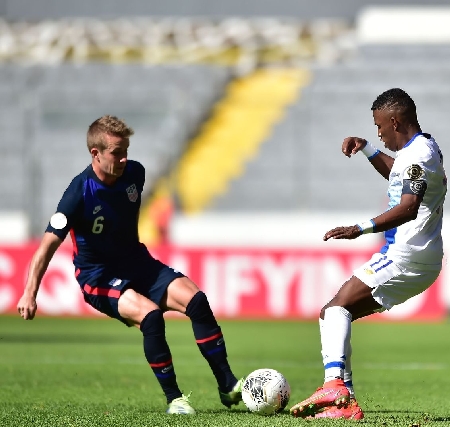 Sequeira was right in his assessment and his team executed it well. With how the U.S. team was aligned, Yueill was the link between the backline and the attack. The offense and the transition was designed to flow through him.

Costa Rica spent a lot of energy to cut the ball off into Yueill and in times when Yueill received the ball, he had defenders on him immediately.

The U.S. team struggled to deal with this. The forward line had to drift further back into the midfield. The backline was forced to try to hit line-splitting passes into the attack with a low-probability of being successful.

This will clearly be an approach the Dominican Republic and other opponents in this tournament will take against the U.S. team. Kreis and his staff will have to find a way to adjust as opponents focus on Yueill. The U.S. team learned that opponents found a weakness, and now it will necessitate a response.

Besides Ochoa, there were other positive performances from the U.S. team.

Justin Glad had a very sloppy moment in the first half with a turnover but his emergency defending was a net positive. With Pineda struggling in this one, Glad had to pick up a lot of slack and take the bulk of passing out of central defense.

Sam Vines was also an impressive player and he was active on the left side. His passing into dangerous areas continues to impress. In the January camp friendly against Trinidad & Tobago, Vines was key with two assists. In this game, his pass into the box resulted in the opening goal. But he clearly looked on another level.

Finally, Jesus Ferreira had a tough moment when he hit the post in the second minute, but he was calm and composed when he delivered the game’s only goal. He seems to really thrive while wearing a U.S. jersey – and that is badly needed at the moment.

The U.S. team will live to see another day but this type of performance will likely not lead to spot this summer in Tokyo.

As Kreis said afterward, the good news, however, is two-fold. For one, the team should improve as the tournament progresses because, like any team in preseason, the rust dissipates and form emerges. While full, in-season form is not attainable in a tournament in such quick duration, improvement is certainly possible. 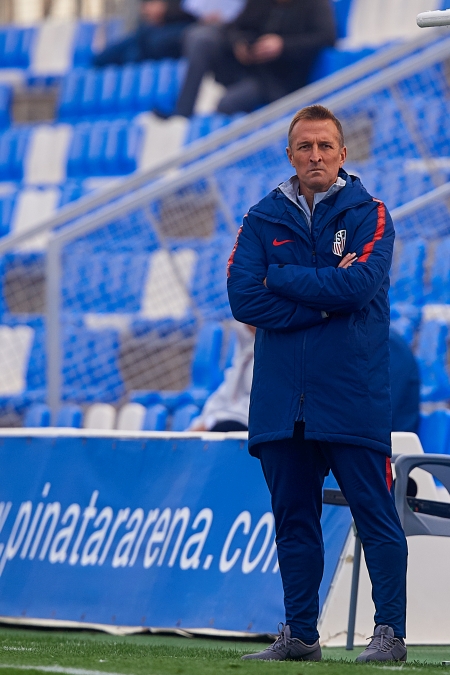 Also, the U.S. team found a way to win despite not being at its best and Kreis said that could be a hallmark of a good team.

“I wouldn't say it’s the sign of a good team but I think it is a sign of a good team,” Kreis said of finding a way to win despite not playing well. “It's one thing you're looking for from your players is to be able to gut out a result when things aren't going their way or when they're super fatigued. You saw how difficult it was at the end of the game for some of our players to get through that match. Now we say we've got the three points in our pocket and we are a team that will improve over the course of this tournament.”