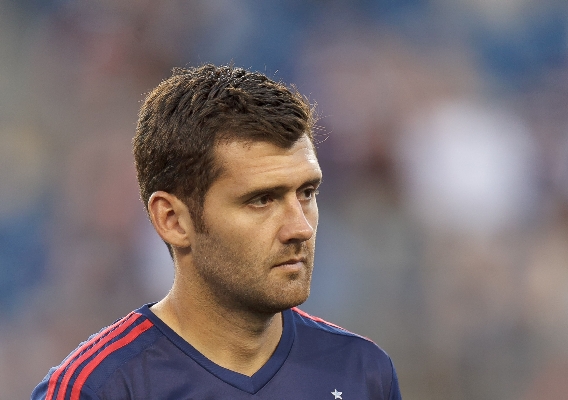 Segares expresses optimism over the U.S. U-17 team player pool

The U.S. U-17 team is set to have a January camp and for new head coach Gonzalo Segares, it will be his second camp in charge. ASN's Brian Sciaretta spoke with the former Chicago Fire and Costa Rican national team defender about leading the team and how he views the player pool at this early point in the cycle.
BY Brian Sciaretta Posted
January 11, 2022
6:55 PM

The United States U-17 team is set to hold its second camp of the cycle this month and for head coach Gonzalo Segares, it will be yet another important opportunity for him to build up his roster for World Cup qualifying later in the cycle.

A native of Costa Rica, Segares moved to the United States to play college soccer and was an All-American and Herman Trophy finalist with Virginia Commonwealth University. As a player, was most known for his time as a defender for the Chicago Fire from 2005-2009 and from 2010-2014. During that time, he also was capped 19 times by the Costa Rican national team.

Following his playing career, Segares transitioned into coaching where he was a coach for Chicago’s academy followed by moving into U.S. Soccer as the U-15 coach.

Hired in October to lead the U.S. U-17 team, ASN’s Brian Sciaretta spoke with Segares about the status of the team at this early period of the cycle. 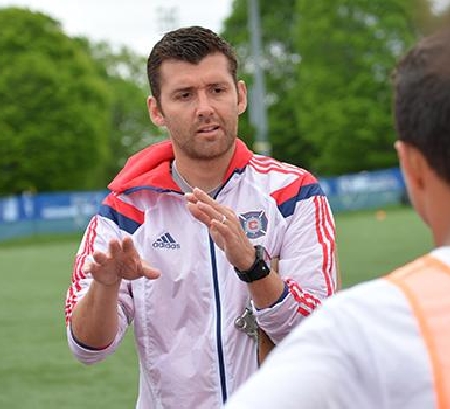 Brian Sciaretta for ASN: When did you know you wanted to become a coach? And and and what were your first steps to move from player to coach?

Segares: I think one of the hardest things as a player is trying to figure out what are you going to do after. For so many years you have put in so much right and sacrificed so much into following that dream. But when it ends, it's difficult to figure out what you want to do. Later in my career, I started to get prepared. I started going through my coaching licenses and I started coaching a little bit and I enjoyed it.

Once I joined the Chicago Fire Academy and we had Larry Sunderland, Stan Anderson and Charlie Trout. I really enjoyed not only obviously helping the players develop and building relationships but I still was in the locker room with great guys. I realized that I enjoyed what I was doing and that this would be a great opportunity for me to transition to keep doing what I like.

ASN: You had one camp this cycle in November and I and you're going to have another one this month. What was your first impressions of the of the first camp and versus your expectations going into it? Did the players meet your expectations? Did you get out of what you wanted to get out of that camp? Did it leave you feeling optimistic about the team's starting point of the cycle? 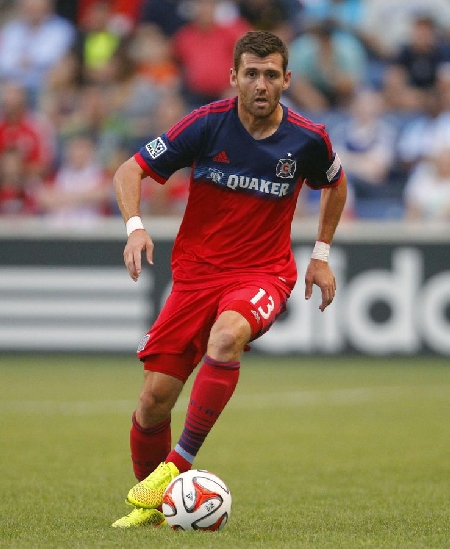 Segares: Yes, definitely. During this COVID period, I've been at a lot of the ID centers. It might have been about 13 or 14. I was able to go to the majority of them and get an idea of the top talent that is around the country. We had our scouts for each region that helped us set them up. It wasn't a surprise coming into the first camp because I already had seen most of the players and we had a scouted them also in the MLS Next tournament. I was very excited to go into that first camp because I know the quality that there is around the country. They definitely met my expectations. It was very hard to get the 36 players that we brought in into the first camp and it was even harder to pick 26 for this upcoming camp. That just shows the level that there is and the quality of the players.

ASN: At some point during the youth cycle, you go from player identification where you are trying to figure out what you have in the pool compared with taking what you have and building a team. You always can add players in throughout the cycle but at some point, it becomes more about building the team. For the upcoming camp what are your objectives and when do you think that transition will take place?

Segares: Even for the first time we wanted to introduce to the players our culture, the mission to get them ready to start building our group - even though, like you said, maybe the first two to three camps are more to evaluate rather than just to build a team right away because it's going to take time. You have to get to really know the players. But at the same time, we want to start to introduce them with our values and we want to start building that group from the beginning. 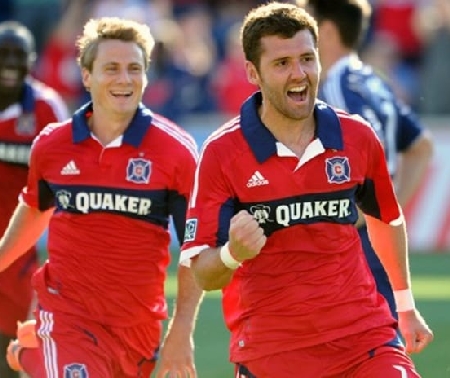 ASN: Assessing what you see from the talent pool, have you found what you think this team's strengths are, what their weaknesses are in terms of what areas of the field?

Segares: We feel very, very strong about this group. Like any other age group, some options are going to be stronger than other ones. But it gives us the opportunity to look even more in depth and to go deeper into a player pool. That's what's exciting for me - just to see how much talent there is in the states. I think that speaks volumes to what the developmental academy was back in the day, the investment, and the improvement in coaching, education and the development of coaches. All of that has helped to develop better and better players. Like I said, we have so much quality that even though we might be looking for more depth in our positions, we'll be able to find that even with this age group or maybe with a younger age.

ASN: Are you able to share which positions feel you feel good about and which ones you know you're still looking a little bit harder at?

Segares: I think that we'll see a lot more in this camp. Hopefully after this camp, we can talk a little bit more in depth about that. I'm very excited with what we have seen from the first camp and just very looking forward into getting to do second camp, but keep pushing the guys on and to get to see this on new faces that we're bringing in as well.

We don't only evaluate what a player is doing with us, but also we evaluate them when we go to watch them play with their own teams and a lot of players who did really well in the MLS Next tournament that caught our eye and we felt that it was a good time to bring them in and measure them with our level 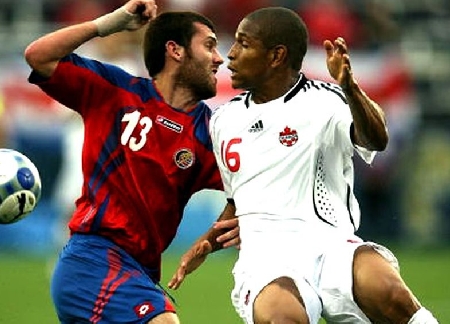 Segares: We worked for the past two years alongside with the U.S. national team coaches on the women's side and on the men's side specifically to create a style of play. The idea behind it is to create that unison.

Obviously, we looked a lot into the women's and the men's national team's style is a possession-based style. We want to dominate the opponent with our possession. When we're out of possession, we want to be aggressive and to dominate as well to be able to regain the ball. That's the main idea behind our style.

We worked a lot into trying to build that the past couple of years. It took us about a year or more to really build it from scratch. It was a great experience to work alongside the women's coaches and all the coaches as well on the youth national team level.

ASN: This has been a very tough era for young players. COVID has shut down youth national teams for awhile games have harder to come by. How big of a concern is that for you? Do you think these players might be behind and lack chemistry of previous eras due to the lack of routine of being together and knowing each other.

Segares: It would be hard for me to say because I wasn't part of any other generation. My main focus is getting these players ready and help them through to our plan and our objectives for not only for these camps, but to develop them to be able to progress through the youth national team system. I believe in the talent that there is through all these age groups. 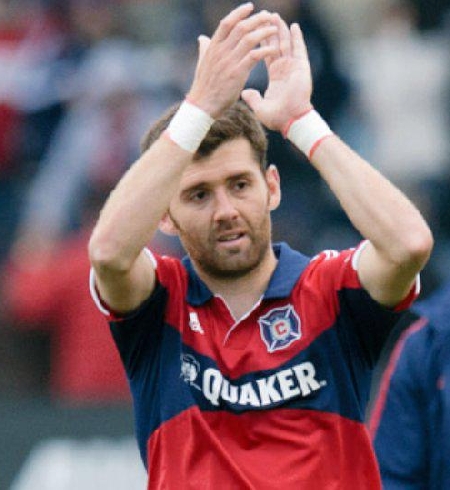 I wouldn't be able to tell you if they regressed or not. These are tough times. I think that it's been difficult for everyone, for the boys, not only in their personal lives, but a missing school and not being able to be at times on the field as much. But now the main focus for us is to try to push them to create an environment where we can accelerate their development.

When I look at this [first team] camp, Gregg has Gaga Slonina, the goalkeeper for the Chicago Fire. A year ago, I was speaking to him about the U-17s and his role. And now, so quickly, he is getting experience with Gregg. He just shows that ladder and that's what I'm trying to focus on them. I'm trying to help them become better prepared as they go into the 20s with Mikey and then hopefully in a couple more months, they could be ready to perform with Gregg.

ASN: I can understand how scouting MLS Next is now easier but what is the scouting network for the European guys and also the domestic guys outside of MLS Next?

Segares: We have a network of scouts based in Europe that we will be able to send to watch some of the players. That helps a lot. For example, we've got two guys that are we calling for the first time at this camp. One that plays in Barcelona and another one that is also in in Catalonia in an academy over there that we heard about from our network of scouts. They went and watched them and obviously they're playing at a high level. So we want to assess them with the group. It's always difficult with how many players there are around the world.

Here at home, we have the MLS Next, ECNL. We send scouts to every weekend games. We try to stay up to date with how everyone is doing. It's always difficult with a country that it's so big. There are going to be times that we might miss something. Things are not going to be perfect. I think that Tony Lepore and his department with our scouts and everyone do a very good job, and they put in a lot of effort to try to cover as much ground as possible. 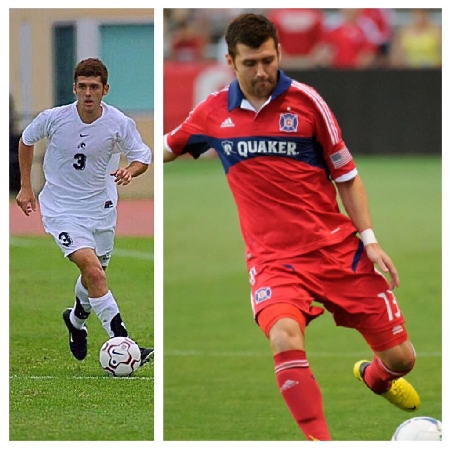 ASN: It's quite a bit different than when you first came to this country to play, right?

Segares: It definitely has improved when it all started to being centralized and the developmental academy, for me, was a big, big step. When I came into this country, the MLS draft was the main way for clubs to get players. Since all the academies have started, and MLS teams started to invest in the youth levels - you see Pepi was just sold for $20 million. It speaks volumes with how important that has been for the development of these young players.

Even for me, being part of that development academy when I first started coaching and seeing the level of those players and the coaching that there is now, the infrastructure and the investment in infrastructure, it's incredible to see how much more it has advanced in these couple of years. It's very exciting times just to be part of the federation and be part of how this sport keeps growing and developing in the country.