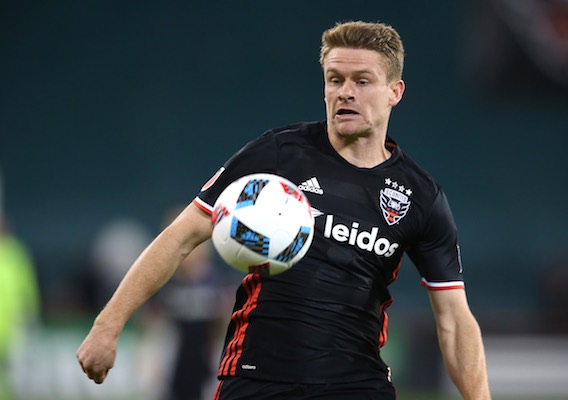 The importance of January camp decreased in the later years of Jurgen Klinsmann’s time as coach as few players emerged to find more permanent roles within the team. This year has the potential of being far different as Arena looks to quickly add players to the pool after a disastrous start to the Hexagonal round of World Cup qualifying.

So what to make of the roster?

First of all, it's big. Thirty-two players is a significant number. Second, it is loaded with experience with very few inexperienced players. Not including the two players yet to be cleared to play for the United States, Stefan Frei and Kekuta Manneh, only Keegan Rosenberry, Chris Pontius, Taylor Kemp, and Sebastian Lletget are uncapped.

Here are some of the most compelling storylines.

The biggest surprises on the roster reside in the fullback position. The uncertainty at both right and left back has been a major issue since the retirement of Steve Cherundolo. Even at the 2014 World Cup, starting fullbacks DaMarcus Beasley and Fabian Johnson spent a majority of their respective careers as wingers. It’s a problem that still haunts the U.S. men's national team.

At right back, Timothy Chandler and DeAndre Yedlin are still the likely top two choices. But after these two, it is unclear. Since both Yedlin and Chandler are based in Europe, this camp gives insight as to the depth chart at this position.

Keegan Rosenberry is a solid choice despite being just a rookie. He played nearly 3,400 professional minutes in 2016 and showed a lot of promise. Brad Evans also saw time under Klinsmann at the position and looked like a capable, experienced backup despite being mostly a midfielder.

The big news on the right side is Graham Zusi who is primarily a midfielder but is being listed as a defender. This is very interesting and, frankly, would have made more sense five years ago. The 2014 World Cup showed the best and worst of Zusi. He did not really create well while trying to be a playmaker in the midfield. Still, he defended well and had two very important assists coming from crosses—a strength of his.

Put them together and you have what sounds like a pretty good right back on paper. Will it translate over to real games? Who knows? But Rosenberry and Zusi will be interesting players to watch at this camp.

Left back is also murky at the moment. If Arena elects to play Johnson in the midfield, the rest of the depth chart is thrown up into the air. Will this camp help set up a pecking order at left back? Perhaps, and if it does it would be an important development.

Beasley is a known quantity but what is unknown is how much he has left in the tank. If Beasley reasserts himself in camp he will be looking to join Lothar Matthäus as the only non-goalkeeper to play in five World Cups. Brad Evans can fill in at left back too.

Of the left back options under 30 who grew up playing the position, Taylor Kemp at D.C. United is an interesting option. Finally, Gregory Garza returns to the team after rejoining Atlanta after a rough two years in Mexico, where he dealt with various injuries. Since the 2014-2015 season, Garza has played just 337 minutes.

If everyone is healthy and the World Cup was held tomorrow, John Brooks and Geoff Cameron would be the starting central defenders. After those two, there is a list of central defenders in the pool and the pecking order has never really been established. These players include Omar Gonzalez, Matt Besler, and Steve Birnbaum (omitting Ventura Alvarado at this point since he faded quickly the past year).

With Besler injured and Gonzalez in Mexico, only Birnbaum from this list is in camp. But that opens the door for others. Matt Hedges and Walker Zimmerman are teammates and perhaps the best central defense pairing in MLS. Both could improve their stock and for Hedges it is an important test since he is the reigning defender of the year in MLS. It is entirely possible that Hedges and Zimmerman each move past Birnbaum and Besler this month.

When talking about recent shortcomings in the backline, Arena said that he wants his defense to be playing together as a cohesive unit. The familiarity of Zimmerman and Hedges could give both players a boost if they play together.

Passing in the final third

Arena has said that one of the things that has been missing from the U.S. team is quality passing in the attacking third of the field. This will be an important camp for Arena as he seeks to solve this problem.

Two of the most obvious options in an attacking midfield role are Benny Feilhaber and Darlington Nagbe. Feilhaber was on the outside looking in under Klinsmann and Nagbe appeared to be heading in that direction. Both players are known for their passing and possession and both now have a clean slate under the new coaching staff.

But there are other options too. Some of that will come down to how Arena utilizes Michael Bradley—whose role has never been consistently clear. Based on interviews, Bradley will likely sit deeper, leaving much of the playmaking duties to others.

Sebastian Lleget and Chris Pontius both can play out wide or centrally. Both players seem to always look for that final ball so it will be interesting to see if Arena also sees value in them.

Six players who could stick around

So which players outside of the previously established pool could force their way into ongoing consideration? These guys:

Matt Hedges: Hedges has been the best American central defender in MLS for at least two seasons but he never got a fair shot under Klinsmann. He should be heavily motivated to do so this month.

Juan Agudelo: Inconsistent but still enormously talented, Agudelo looks like a player who could flourish under Arena and provide depth at forward. He played very well at times in 2016.

Sebastian Lletget: A player Arena knows well from the Galaxy, Lletget offers versatility across the midfield as well as an attack-oriented style. He’s not fast, but he’s smart and could be a breath of fresh air.

Taylor Kemp: He is on this list almost by default. If Fabian Johnson plays in the midfield, the left back position is wide open. Kemp has the advantage of being in his prime, naturally playing the position, and having been healthy recently.

Benny Feilhaber: The Sporting Kansas City mainstay is an highly emotional player who can be explosive on the field and is fun to watch. But he will turn 32 during this camp and is a short-term solution. This is not necessarily a bad thing because the short-term priorities for the team are critical.

Bill Hamid: The goalkeeping position is far from clear. Tim Howard is injured, Brad Guzan rarely plays, Ethan Horvath is still young and unproven, and William Yarbrough has never looked comfortable playing for the United States. There is an opening but it is questionable as to who takes it. Hamid is one such player although it is also possible to see David Bingham taking the spot as well.

What is your take on Brian's take? Share your thoughts on this roster in the Comments section below.