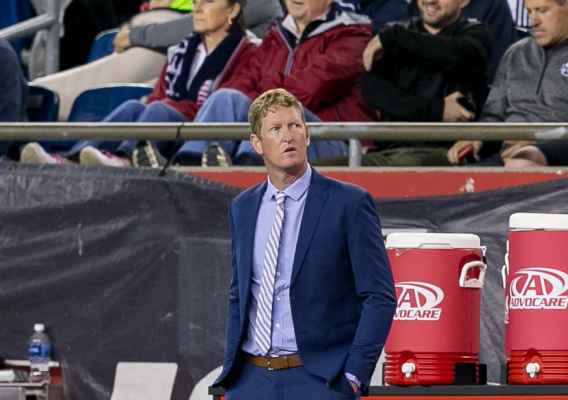 This season ASN is going to be keeping track of how minutes are divided up in MLS. We have created a matrix program that looks at how minutes are allocated between various different categories including multiple age groups, foreign, domestic, as well as comparing them across teams. Week 1 take: Great week for Philadelphia.
BY Brian Sciaretta Posted
March 05, 2018
12:00 AM
THE 2018 MAJOR LEAGUE SOCCER SEASON is underway and this year has brought about a lot of curiosity. With the U.S. national team's failure, many want to see the league focus on developing young talent. The quality of the league is getting better with increased money, but is that helping the development of American and Canadian players?

In addition to covering the games, the players, and the major storylines for this year, ASN is introducing the ASN MLS Minutes Matrix.

The goals of this project is simple. First, we want find out how the minutes are being divided and allocated on the basis of foreign and domestic players. Second: we want to find out how the various age groups are seeing minutes come their way. Then we want to combine them.

Since everyone’s definition of “young” is different, ASN is going to cover a lot of ground with four different breakdowns. The first is U-23 (age 22 and younger). The second is U-22 (age 21 and younger). The third is U-21 (20 and younger). Finally we have the U-20 age group which is teenagers.

ASN also has the O30 category (30 and over) which will show how minutes are allocated to the older players past their prime.

Then we combine these stats. Are the young players foreign and domestic?

It is important to note that domestic is defined as players eligible for either the United States or Canada internationally.

There are also a few more key features.

One thing that is becoming clear as the league evolves is that clubs operate very differently from each other. Some teams play far more domestic talent and/or young players than other teams. The ASN MLS Minutes Matrix has a separate designed chart to compare the teams along these lines and specifically give fans a resource to quantify which teams are playing young players and playing domestic players.

You might also see a few quirks too. When doing the average age of players in the league (both overall and minus goalkeepers), ASN takes the weighted approach. In an unweighted scenario, if a team plays 14 players, one would take the age of all 14 and average them out. In a weighted scenario, the average age is given a weighted value based on the minutes the player plays. For example, if one player plays 89 minutes and his substitute plays one minute, the player who played 89 minutes would count for a significant higher percentage of the weighted average age. ASN believes this is a more accurate reflection. In the overall league data you can find both the weighted and unweighted average age (the unweighted data is at the bottom).

So the ASN MLS Minutes Matrix will focus on three charts types: one for the overall league numbers, one for the team comparisons, and finally a third that will list the young domestic players who played in each week. In future weeks, there will be tool that keep track of both the current week and the year to date date. Since this is week one, obviously the year to date is not relevant. Following each chart there will be some analysis.

With that said, here is Week 1 of the ASN MLS Minutes Matrix and some analysis of it


Thoughts on the overall league numbers


- The fact that over 60% of the minutes went to foreigners is bound to surprise some. Of the 277 players to play in the league on opening weekend, only 112 were either American or Canadian.

- The weighted average age of league came in just under 27 with the average age (unweighted) of the domestic players at 26.25.

- The Over 30 minutes at 26.66% is also a number that stands out as high especially when the difference between the weighted average age doesn’t change much when removing goalkeepers (26.99 to 26.85). It will be interesting to see if this number comes down over the course of the season as perhaps managers get more comfortable with young players or possibly young players get promoted from within the USL ranks midseason.

-  In this opening weekend, 10 teenagers played in the league. Of the 10, 7 were American. That stands out as a very healthy number and if the league can keep that up, it would be viewed positively because it is a noted improvement from previous years. Even better is that these 7 domestic teens played when the Red Bulls and Tyler Adams were off. Last season it was only Tyler Adams, Djordje Mihailovic, and Brooks Lennon (until he turned 20) getting regular minutes as domestic teens.


There were 25 domestic players ages 22 and under in action this weekend. This is the list.

This chart goes into great detail about how the clubs compare with each other in terms of how each uses their minutes.

Thoughts on Team by Team Numbers

- With regards to the data on the Matrix, Philadelphia, by far, had the best weekend in the league for many reasons. With a relatively low average weighted age of 26.10, the Union played four players 22 and under. Three of these players were American. Jim Curtin started two American teenagers and Derick Jones, a veteran of the 2017 United States U-20 World Cup team, came off the bench. Current U.S. U-20 midfielder Anthony Fontana, 18, was developed by the Union's Academny and scored the opening goal in his MLS debut. On top of all of this and while playing youth, the Philadelphia Union defeated New England 2-0.