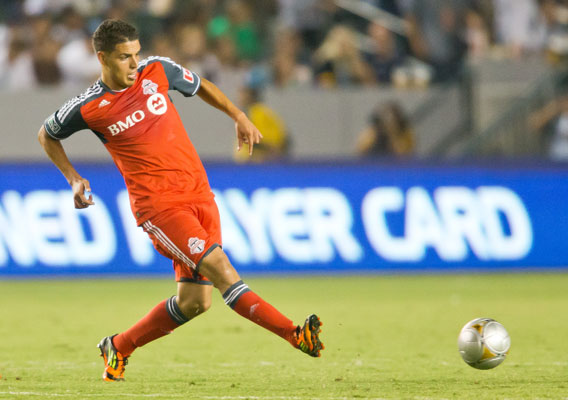 The 10 American Players Who Just Missed the Cut

The Farfan twins. Alejandro Melean. Dilly Duka. And a surprise or two, including one impressive teenager. Here's a quick look at some of the American players who nearly made the inaugural ASN 100.
BY Noah Davis Posted
October 04, 2012
12:00 AM

Robbie Findley slipped into the final spot on the ASN 100, but who just missed? A few well-known names, including one or two players whose absence from the 100 might surprise you.

For the most part, the "Just Missed 10" were younger players who haven't had enough time to show their quality and consistency on a high level. Colorado Rapids defender Drew Moor and Hapoel Ironi Kiryat Shmona midfielder Bryan Gerzicich were the only men over 25, and four are 23 or younger.

The youngest player on the list, John Anthony Brooks, may have the highest potential of any player. He probably would have figured higher but the ASN panel submitted their rankings before he committed to the United States U-20 camp. I suspect that Brooks, who is finding time at Hertha Berlin, will break into the top 100 in November.

Bragging rights in the Farfan family go to Michael, who bested his twin brother by five spots. If that doesn't get Gabriel fired up, nothing will.

Two members of the group between 101 and 110 received votes from only one panelist each. Can you guess the players (and the panelists who picked each one)?