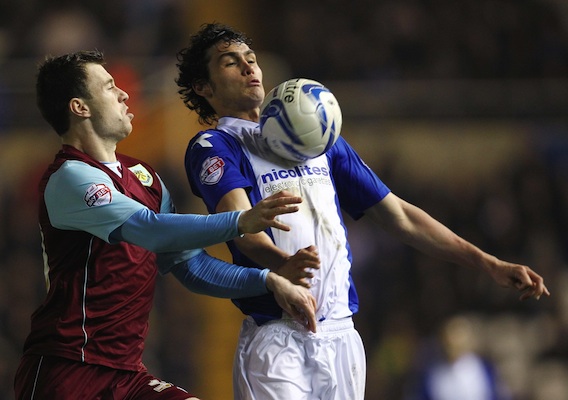 How MLS Can Attract and Develop Better U.S. Players

First there was Project 40, a joint effort between MLS, U.S. Soccer, and Nike. When that sputtered, Generation Adidas came along. But Brooke Tunstall argues that the league can, and should, do much more.
BY Brooke Tunstall Posted
July 30, 2014
10:18 AM
AT WHAT POINT does Major League Soccer recognize what it’s doing isn’t working—at least not well enough? In 1997, less than two years into its existence, MLS began an ambitious program designed to get the top American players into a professional environment at an earlier age. They called it Project 40 and it was co-funded by U.S. Soccer and Nike, at the time a major MLS sponsor. The idea was to pluck the best high school and collegiate underclassmen players and get them signed to pro deals instead of playing four years of college soccer. They were extremely ambitious too: the "40" in Project 40 indicates how many top prospects were expected to sign on for the program each year. The thinking, of course, was that with its short season and restrictions on training hours that college soccer wasn’t a good enough model to allow MLS and the U.S. national team to develop world class talent. Getting top players into a pro environment at an earlier age would enhance their skills at a key developmental stage. MLS never came close to getting 40 players a year to skip college. Instead the league got about a dozen per year, even as Project 40 morphed into Generation Adidas after a multimillion-dollar sponsorship deal that, in theory, should have made more funds available to sign top young talent. Today too many of the top American players are still spending too much time in college soccer. In our most recent list of the top 100 American soccer players—the ASN 100—24 athletes spent four seasons in college soccer and 13 more played three seasons. All told, 55 played at least one season of college soccer. We at ASN aren’t arrogant enough to think our list is definitive but we’re also confident it offers a fair and accurate look at the general state of the current U.S. soccer player pool—and 37 percent of the list is spending at least three seasons in a system that limits them to about 20 games or so crammed into a three-month season. This isn’t how a powerful national team in international soccer is developed. There’s more. Of the 45 players on the ASN list who never played college soccer, 29, basically two-thirds, of them began their pro careers abroad. Granted, a handful of them, like Jermaine Jones and Fabian Johnson, spent their entire lives living abroad but for players like Will Packwood and Michael Orozco, born-and-raised in the U-S-of-A, they went abroad because it offered the best, and sometimes only, chance to sign professionally as a teenager.