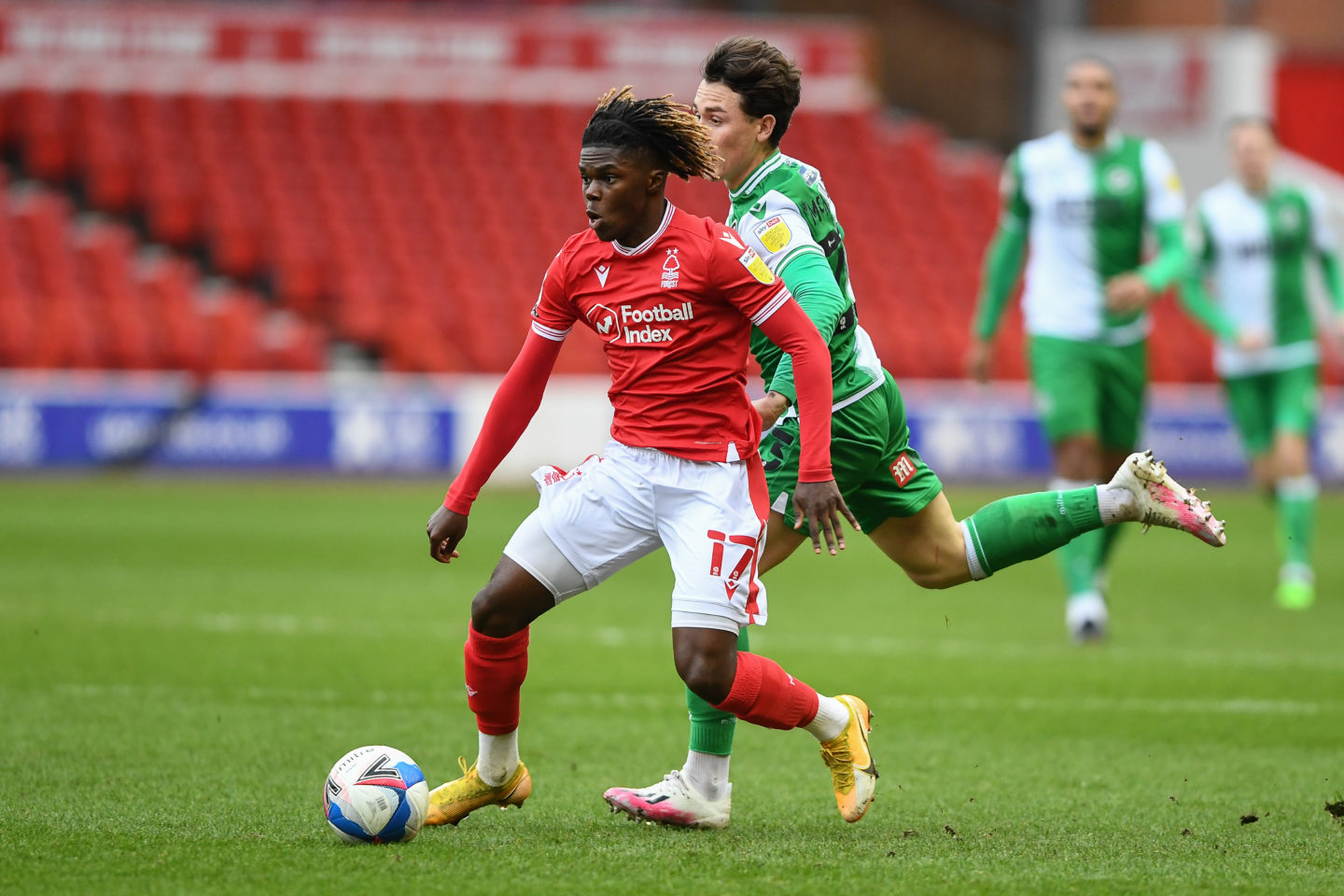 Alex Mighten has strong ties with Nottingham Forest and comes from a soccer family. Born in Connecticut while his father was an ESPN soccer analyist, Mighten has developed as an impressive prospect. ASN's Brian Sciaretta spoke with the winger about his background, his journey to this point, and what might lie ahead.
BY Brian Sciaretta Posted
March 05, 2021
5:50 AM

WHEN A YOUNG player breaks through at the first team levels of soccer, many fans typically view it as the first steps in the journey in a pro career. The truth, however, is that a player’s first team breakthrough is both the first steps in one part of his career and the last steps of an often-harder journey to get to that point.

Alex Mighten, 18, is a young and talented winger who has taken big strides this year with Nottingham Forest in the English Championship. While he made his debut during the 2019/20 season with eight late-sub appearances for a total of 45 minutes, the 2020/21 season his first as full-time first team player.

As one of the club’s most highly regarded young players, he signed an impressive long-term contract through 2025 at the start of the season. So far, he has made 14 appearances for Nottingham Forest including seven starts. During that time, he has scored two goals and added one assist. His first career goal came against Millwall on December 19.

We did very well to bounce back as quickly as we did. Mighten taking advantage of some sloppy defending from Millwall.

Millwalls lack of mobility within their CBs is something that can be exploited. Would you start Mighten today to try and exploit that with inside runs? #NFFC pic.twitter.com/GawczdAPaM

Mighten developed as an explosive right-footed winger but the physical nature of the Championship is sometimes not conducive to his preferred natural style. This season has forced him to develop different areas of his game.

“It's been a challenge,” Mighten said. “The type of players that are in the league and type of football you play - it's quite tough. Guys like myself; I've just got to adapt and be cleverer than the opposition - especially for someone like me, I'm just coming up. It's been a good challenge in order to adapt to that style of football. This is something I'm going to continue to work on. The number of games as well - that's something that's quite demanding as well.”

Mighten’s bond is with Nottingham Forest is exceptionally strong and there is added meaning to the fact he was able to progress all the way to the first team at the club. His father played at the youth levels for the club and is still very close friends with former English national team World Cup defender Des Walker - who was a standout at Nottinham Forest. 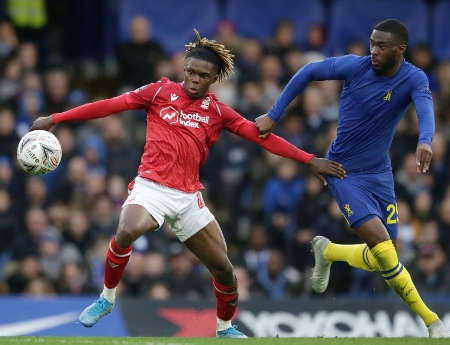 But Mighten himself joined Nottingham Forest’s academy in 2009 at age seven and was able to excel at every level along the way. It is quite rare for a player at such a young age to progress to the first team, but for Mighten, it has only made it more meaningful.

“It's a very good feeling now coming from the academy at such a young age to where I am now,” Mighten said. “It's a massive journey, which I'm very proud of. Not many players get to make that step - going through each age group and working their way up. I'm very privileged to be able to do that and given the opportunity. It's amazing for myself and my family - from where I started to where I am now is a really big journey…Having connections with Des Walker and his son Tyler as well, it's a really a big club in terms of myself and my family. It's really great to be able to share my journey from where I was until now.”

As he was progressing through the various levels of Nottingham Forest, Mighten was also scouted and brought into the fold of the English youth national team set up where he as been a regular player from the U-15 levels to the current U-19 team. His generation has been seen as very promising within an English youth development system that is now among the best in the world.

After playing for U-17 team in official UEFA championships, he progressed to the U-18 team in 2019 where he scored four goals in just 439 minutes. 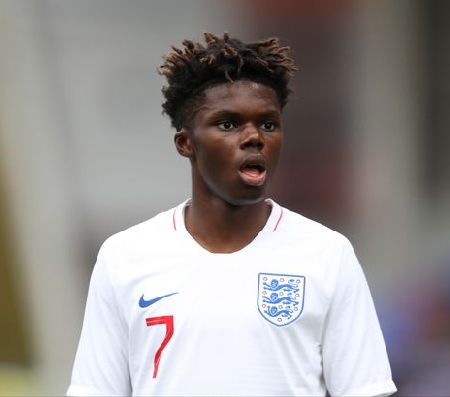 For a player who has been at Nottingham Forest for most of his life and has represented England, Mighten’s life actually began in Hartford, Connecticut where he was born. His father, Eddie Mighten, had moved to the United States and was working as a soccer analyst for ESPN – hosting PressPass with Tommy Smyth and JP Dellacamera. He would also go on to call European games and work with other mainstays such as Janusz Michallik and Derek Rae.

At the age of three, Mighten moved back to his parents native Nottingham but the family’s connection to the United States hasn’t been distant. Mighten has been back stateside for various soccer trips. His older brother, David, is currently the goalkeeper for Medaille College in Buffalo, NY. And the two are in frequent contact.

The fact that Mighten was born in the United States and the fact he has progressed well as a professional player obviously raises the topic of his international ambitions. U.S. Soccer has obviously been active in scouting players raised outside the United States recently - this includes several players raised mostly in England. Under the current coaching staff led by head coach Gregg Berhalter, four players have been capped by the U.S. team who were raised in England: Antonee Robinson, Duane Holmes, Cameron Carter-Vickers, and most recently Yunus Musah. 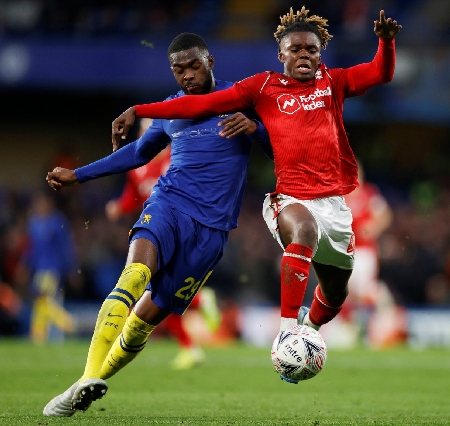 When asked, Migthen is quick to point out that he doesn’t want indicate a preference because he has yet to hear from U.S. Soccer but he also didn’t downplay the possibility.

“I haven't been in the position to make a decision because I haven't received the call,” Mighten said carefully. “Maybe if I if I do it, then would give me something to think about - for sure. But I can't really say I've considered anything when I haven't really had it in front of me.”

For now, he remains extremely young and very new to his journey as a professional player. He would have been age eligible for the 2021 U-20 World Cup and is eligible for the U-23 team in 2024. 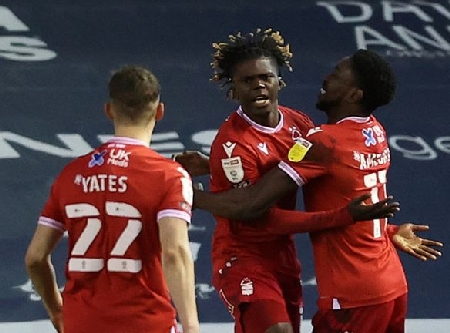 Thus far in his career, Mighten has had a lot of positive interactions with various American players. When he was first invited to train with Nottingham Forest’s first team at the age of 15, one of the players to welcome him in was former U.S. international Eric Lichaj (“Back then, I was young and he really took me in”). He also remained in touch with Gio Reyna after youth national games between England and the United States.

One of his closest friends from the English set up, however, is Yunus Musah who has progressed with him through the various age levels before accepting a U.S. national team callup in November to test the waters.

“I've been with him from the U-15s to the U-19s now. He's a great character, really good friend of mine. He's obviously a fantastic player,” Mighten said before adding: “We've discussed our American heritage and things like that.”

Regardless of wherever his international career takes him, or even if a choice ever presents itself, Mighten is impressed by both the direction England and the United States are taking right now in the sport and the future for both national teams is bright.

“The English perception of American football right now is very good. The promising young players that are coming through right now - it is no secret to where they're trying to go and the squad they're going to develop. So very exciting times for them.”