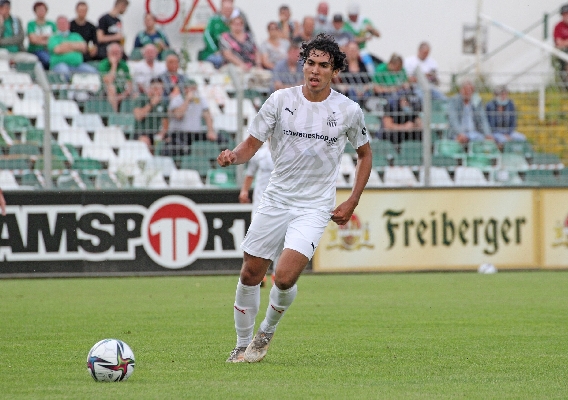 Johan Gomez is part of the 2001-born class of American players that has had to try to navigate their development through the challenges and cancellations arising from the COVID pandemic. But now finally settled and playing regularly at FSV Zwickau in Germany, the Texas native is finally seeing his career take flight. ASN's Brian Sciaretta spoke with Gomez about getting to this point and his goals for the future.

FOR MANY AMERICAN players of the 2001 birth-year, the initial years of their professional career have been difficult. Perhaps no other birth year has been affected by COVID as much as this group. Many were too young to play in a U-17 World Cup and the pandemic cancelled their U-20 World Cup. Also, youth leagues at the club level have been interrupted for longer stretches, and many of these players are still even adjusting to playing in front of crowds.

Johan Gomez, 20, is one such American player and the Arlington, Texas native feels like his career only now starting to take off. Two years ago, he opted to leave the FC Dallas system to begin his pro career. He started at Porto B but over the last summer, move to FC Zwickau of Germany’s 3.Liga – a team coached by fellow American Joe Enochs from the Sacramento area.

“Having already been in Germany before in 2019 trialing for some Bundesliga clubs, I knew that I liked the style that they had here,” Gomez told ASN from Germany. “It's different when you're with, for example, the Freiburg U19s to a third league club like Zwickau.  Having an American coach, that connection has been so helpful… I think it's been a perfect situation for me as far.”

There are a lot of philosophical differences that led to him want to leave Porto B and join Zwickau. There is a trust issue and last year when Porto B drifted close to the relegation zone in Portugal’s second tier, first team players were brought down to the second team to ensure it would stay in the second tier. 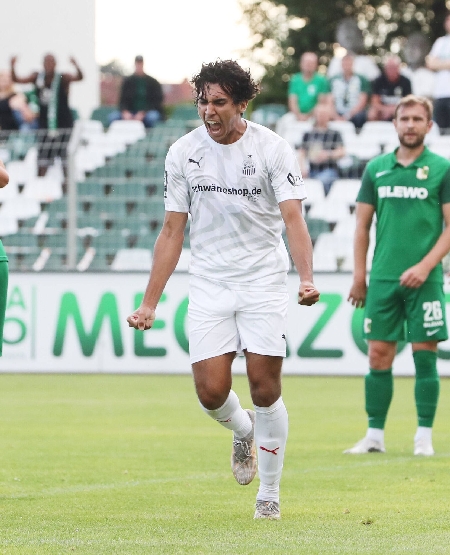 Second, the handling of youth players is also very different between the two systems and he saw Zwickau as offering more of an opportunity to learn. Finally, positionally, Enochs at Zwickau seemed more inclined to allow him to play his preferred forward position whereas in Portugal, he was often asked to play more unfamiliar roles.

“Part of the reason why I came to Zwickau because they are one of the few clubs who were willing to take a chance on me as a striker, considering that I hadn't played there in a long, long time. I didn't really have a film or any professional experience as a striker. We play a 4-4-2 a lot of the time. In the first half of the season, I was splitting time between being a No. 10 in a 4-2-3-1 and a No. 6. Now thankfully in the last eight games or so I've played as a double striker and that's why my goals have started coming. So hopefully I can stay out there because that's what I prefer.”

“In Portugal last year I was playing a double eight in a 4-3-3, which was entirely new for me,” he added. “I had a couple of good performances… they definitely expected me to pick it up quickly. It was very cutthroat - just pick it up and go. But here in Germany is, although they do have a reputation for being very strict - there's a little bit more slack. Especially with me being one of the youngest players on this team.”

The 3.Liga is a complicated league in Germany that has a wide range of styles and talent levels. There are some U-23 teams from the top Bundesliga, there are also bigger clubs that have bigger budgets and are trying to do what they can to get back the 2.Bundesliga. There are also teams that have recently been promoted from the semi-professional ranks of the Regionalliga and often try to compete at the professional ranks with physical play. 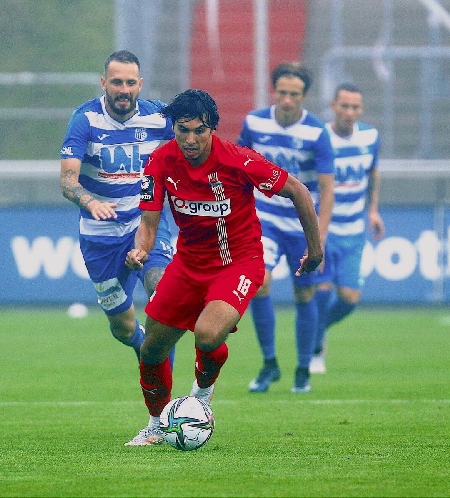 Zwickau’s season has been highly unusual. In 18 games, the club has only won four times but has only lost four times. It sits in midtable almost entirely because of its 10 draws. In 16 appearances, Gomez has four goals.

Gomez’s believes that the team is not far from a spot where it could conceivably be in the mix for promotion if a few of the draws could flip to wins.

“It ranges quite a bit,” Gomez said of the 3.Liga. “You have some teams that are very, very good football teams, that really know how to play. You have, experienced players who have been in the Bundesliga or 2.Bundesliga who now are maybe in later years of their career that are still have the quality. But there are other teams that aren't as good, which honestly, I wouldn't say that my team isn't as good as the others because I think we can compete with anyone. We only lost four times this season, so we're hard to beat. 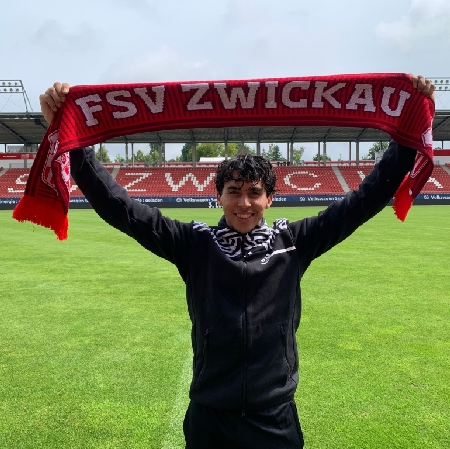 “This in my first year actually playing with fans,” he continued. “Playing in Munich in front of like 10,000 fans and playing at 1860 Munich, that's an experience that I'm never going to forget - because those guys get rowdy.”

Regardless of where he goes from Zwickau and if he’s able to earn a transfer or help the team eventually earn promotion, Gomez is still very much attached to his roots with FC Dallas. That club has become the starting place for many top American players over the past decade. Some players like Gomez, his brother and U.S. U-20 left back Jonathan Gomez, and Weston McKennie left before joining the first team, others like Tanner Tessmann, Bryan Reynolds, and Reggie Cannon have earned transfers abroad. Other young players like Ricardo Pepi, Jesus Ferreira, and Justin Che are currently on the national team and still within MLS. Walker Zimmerman and Keylln Acosta have left Dallas but are top players in MLS.

The decision to leave FC Dallas wasn’t easy but it came down to a combination of his long-term European ambitions along with the fact that when he was there, the North Texas pathway was still unproven. 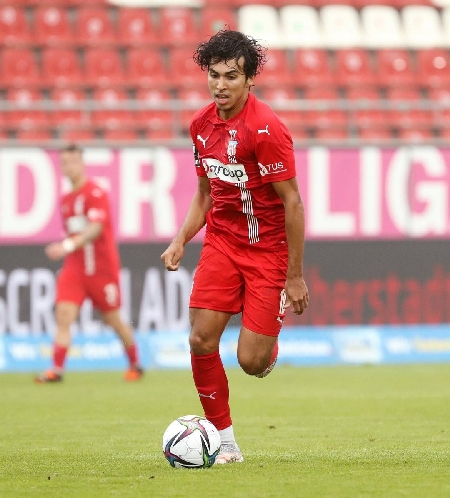 “The North Texas thing was still new and there wasn't much of a proven pathway at that point,” Gomez said. “I think that was the main thing that that helped me want to try to make that jump. And obviously, now I think I'm extremely happy that I did.”

“Dallas is really a family,” he discussed. “I literally got off the phone a couple of hours ago with Thomas Roberts and I was talking to Dante Sealy yesterday. So obviously my brother also I talked to every day. Tanner is starting games [for Venezia]. That's awesome to see. I'm always supporting him and they're always supporting me and stuff like that. Even the guys in college, I've kept up with them in their tournament rounds. We're always checking up on each other. Any player that went through Dallas, if they're in college now, they can potentially do something big. There's serious quality.”