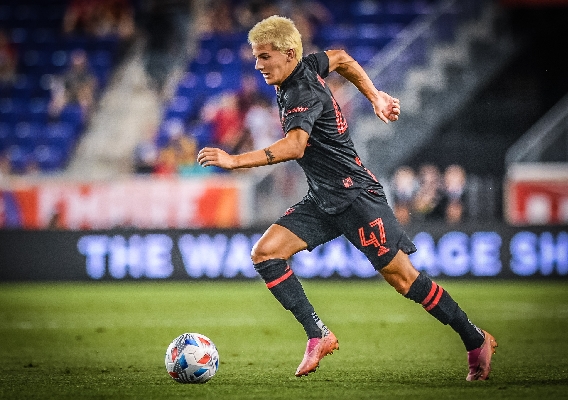 John Tolkin has emerged as one of the best teenagers in MLS and his path as taken him through all levels of the New York Red Bulls organization - from ball boy to the academy, USL team, and now the first team. ASN's Brian Sciaretta spoke to the Chatham, NJ native about his past, his present, and his future.
BY Brian Sciaretta Posted
August 18, 2021
6:00 PM

AS A YOUNG KID growing up in New Jersey, John Tolkin was a big fan of the New York Red Bulls. He was frequently in attendance at their games and sometimes was even as a ball boy. He’s watched first-hand as the club balanced a winning culture that paid off with berths in playoffs every year since 2010 along with a commitment to youth development that has produced some of the best American players in the game.

Flash forward to today, Tolkin, now 19, has developed into an important player for his childhood club and is now one of the top teenagers in MLS. The Chatham, NJ native is a player the Red Bulls hope can help turn its season around and get back into the mix of the playoff – and continue a postseason streak that is now in jeopardy. So far this season he has featured both at left back and, most recently, in a deeper central midfield position.

On Wednesday night playing in the midfield, Tolkin delivered one of best performances of his young career that was highlighted by his first career MLS goal – a 33rd minute strike that proved to be the difference in a critical 1-0 win over the league’s reigning champions, the Columbus Crew.

“The main message right now is that there is no time to cry about it, because the games come so quick and we just need to turn things around,” Tolkin told ASN. “Everybody wants to talk about how we're a young team, but in my eyes, that doesn't matter. We have the quality and we've dropped a lot of points lately and we should be winning these games. But it is a learning process and we're going to start getting results.”

91st MINUTE, pres. by @DRINKBODYARMOR: John Tolkin on the win and his first MLS goal pic.twitter.com/SVeddL5Ftq

Following the game, Red Bull manager Gerhard Struber was full of praise for Tolkin – not just for helping to deliver the win, but also in his versatility and overall quality as a well-rounded player.

“I think the big advantage for him is that he has a very, very good technical ability to handle the moments in tight spaces, with pressure, with our time in a very good way, and I think this helps us him to play in more positions,” Struber said. “And also I think his reorientation to realize the spaces around him, he can handle this in a very interesting way. And I think this is also for me a little bit a surprise that he handled also this position very well”

Along with Caden Clark, Tolkin is a key part of the next generation of young Red Bull players who have impressed in the league during their teenage years. While Clark joined the club at the USL level, Tolkin is a product of the club’s academy – which he joined in 2015. Like current U.S. internationals Tyler Adams and Matt Miazga, Tolkin has completed the pathway beginning with the academy, to the USL with Red Bulls II, to the first team as teenager.

In an odd twist, Tolkin initially rejected the invitation to join the Red Bulls academy because he didn’t want to leave the Ironbound Soccer Club. Eventually he came around and joined the academy, but it wasn’t until after a year later when he started to take it seriously to the point where he believed he had a career in the sport.

Struber says he has been “surprised” by how well John Tolkin has played in midfield; says “reorientation” in space as well as technical skills are key to his game. #RBNY

What led him to this realization was that the club’s academy trained in and around the first team squad and he was able to experience life in a professional environment. Then when he had the chance to sign a homegrown deal, it was an easy decision to begin his pro career there.

“It's actually a funny story,” Tolkin recalled. “I played for Ironbound and I actually initially said no to Red Bull because I was in my comfort zone and I didn't want to meet new people and play for new team. I was like: 'whatever, it's just Red Bull.'”

“I ended up coming here, and when I first joined the academy, I wasn't really thinking about becoming a pro,” he added. “But obviously you're training right next to them. So, the environment they put you in is perfect. When it came time to decide what I wanted to do - for the first time, there wasn't really any question between deciding to go play in college or trying to go straight to Europe or something. I knew everything that I needed. I had right here.”

These days, Tolkin insists he is not thinking about Europe or the national team, but rather simply the Red Bulls – knowing that solid performances there will sort out the rest ( he adds: “If you think about that stuff too much, it will distract you from where you are at the moment. And that's what I'm trying not to do”). What he is willing to say is that the club has been perfect for his development and that the youthful approach many of the league’s teams have taken lately has made things very competitive. 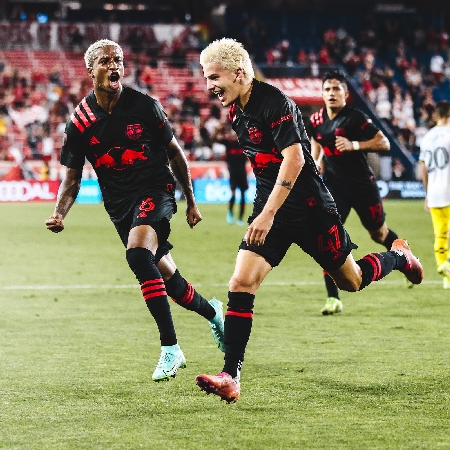 “First off, Red Bull especially, I think they do the best as far as giving guys opportunities,” Tolkin said. “And those guys in the academy now that will come through the ranks and guys will just keep coming up. Obviously, guys like me, Caden [Clark], and others guys coming up too - they put you in these environments and it's up to you to make the most of it.”

“But I think as far as the league goes, it's like a breeding ground for young guys,” he added. “You can see around the league all these young guys are getting opportunities and they're making the most of it. And I think as far as my age group goes, there's a lot of guys that are playing well and a lot of them are starting to get looks from Europe and stuff like that. Overall, it's a great league for young guys and this a great team to help young guys progress.”

Now looking ahead, Tolkin knows that it will be about consistently delivering strong performances. He has shown his potential so far this season but often the separating factor between young players and valuable veterans is now what they can do on their best days, but rather what they can do on a typical day. 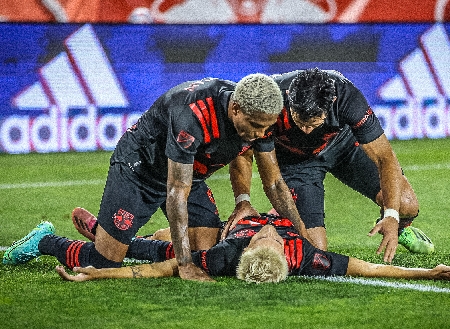 The Red Bulls have moved beyond their veteran core that brought them into the post season every season for over a decade. Now it is up to a new group – with young players needed to quickly transition into a veteran mentality.

“What I've learned the most is taking it day by day and then just as far as on the field, being confident,” Tolkin said. "I think when you're confident you don't think about doing things wrong, you don't overthink the things you do well, and it keeps me levelheaded.. That's kind of what I've stuck to since I was young. And that's kind of what I'm still doing right now. And I think it's working for me.”

The Red Bulls are currently four points out of the playoff positions and if the team is going to be successful getting back to the post season, Wednesday’s win over Columbus could be viewed as a turning point. 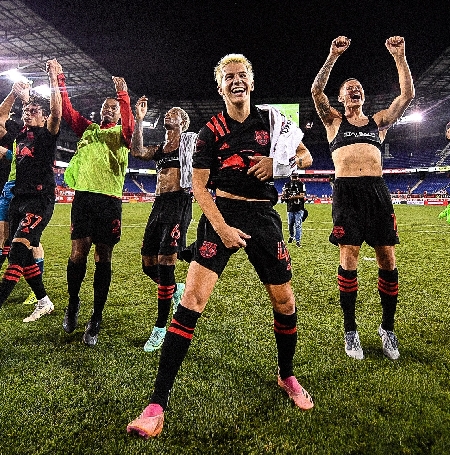 Coincidentally, that win came when the Red Bulls welcomed club legend Bradley Wright-Phillips back to Red Bull Arena for the first time since he left after the 2019 season. From time to time, Tolkin likes to take a step back, look at and appreciate his journey to this point within the club – and that began being a ball-boy and later training around players like “BWP” and even a few players who are still on the Red Bull first team.

“I used to be a ball boy for some of the guys on the team right now and we joke about that in the locker room,” Tolkin said. “I just remember always having a great time there. And they always used to win when I would go, so I would always love to go. I was always thinking like, dang, I'd be really cool to be out there one day.”